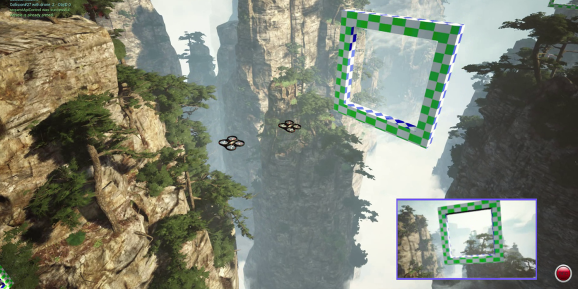 A series of new features appear to be on the way for Microsoft’s AirSim, a robotics and AI simulation platform. The Unreal Engine-based simulator will be adapted to better suit Game of Drones, which pits quadcopter drone racing AI systems against each other in an AirSim simulation. Game of Drones is in its first year, and today Microsoft said it plans to keep the competition open after a winner is named next week.

“While the first iteration brought an array of new features to AirSim, there are still many essential ingredients for trustable autonomy in real-world scenarios and effective simulation-to-reality transfer of learned policies,” the company said in a blog post today. “These include reliable state estimation; camera sensor models and motion blur; robustness to environmental conditions like weather, brightness, and diversity in texture and shape of the drone racing gates; and robustness against dynamics of the quadcopter. Over the next iterations, we aim to extend the competition to focus on these components of autonomy as well.”

The final round of the inaugural competition is taking place now and will conclude next week at the 33rd annual conference on Neural Information Processing or NeurIPS being held in Vancouver, Canada.

More than 115 teams registered to participate in the competition, with heaviest participation from the U.S., Europe, and East Asia.

The news follows the launch of AI Robotic Racing (AIRR), an autonomous drone competition by the Drone Racing League and Lockheed Martin. More than 400 developer teams registered to participate in the competition, and nine were chosen for the league with a $1 million prize.

Challenges and competitions like DARPA’s autonomous vehicle challenge in 2005 have historically played a role in advancing the AI field.

One year ago, AWS launched the DeepRacer league for developers to create autonomous vehicle navigation systems with a $399 DeepRacer car.