If you watch a popular livestreamer on Twitch, YouTube, Mixer, or Facebook, it might seem like they are juggling a lot at once. They are often playing a game, talking to their audience, and managing a suite of tools that provide chat interactivity, overlays, and more. But the truth is that software is simplifying a lot of the broadcasting process, and StreamElements is one of the companies leading that revolution.

StreamElements is a platform that provides a collection of cloud-based tools that try to take care of everything around the edges of a livestream. It wants to free creators to create.

And a number of broadcasters on platforms like Twitch believe that StreamElements is indispensable.

“Streamelements has made managing my stream so simple,” Twitch livestreamer RubyTrue told GamesBeat. “Once you have your overlay set in the StreamElements editor, you can just add the browser source. It has tidied up my OBS chaos and allows me to feel more organized and in control.”

RubyTrue says that her viewers have noticed a difference. They see that her overlay is responding faster and seems more professional overall.

“It has made my work process more streamlined,” said RubyTrue. “And the staff is more than happy to help with [any questions.]” 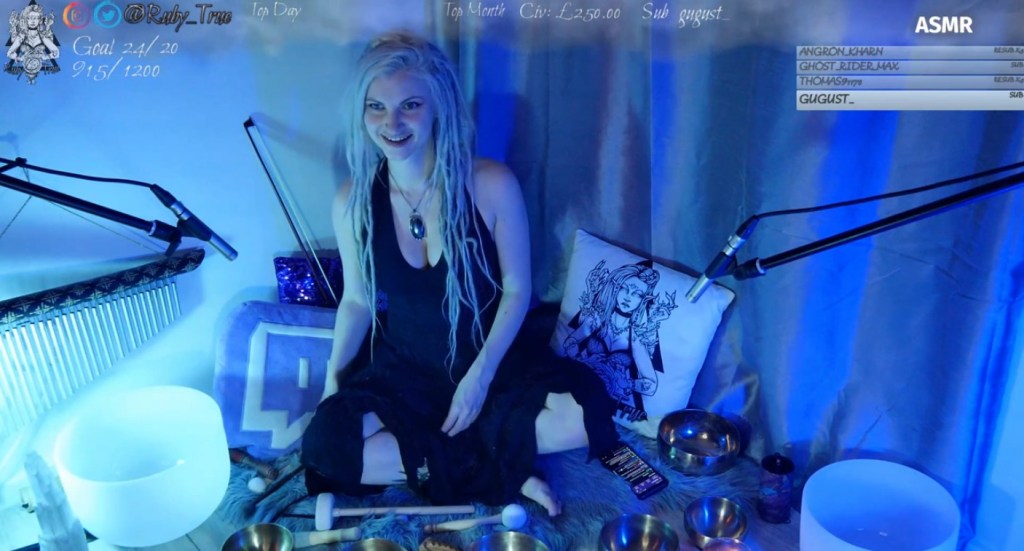 But StreamElements isn’t just for providing overalys to established creators. It is free for anyone, which is how Twitch creator Maya Higa began using it.

“Up until a couple of weeks ago, it was a service that was shocked that I wasn’t paying for,” said Maya. “I say that on stream all the time. People think that they pay me to say such nice things about them, but I actually just can’t believe that I don’t pay them.”

But now, StreamElements is paying Maya. That’s because Maya isn’t really StreamElements’ customer, she is the company’s product. And it is selling her to brands. But that means she doesn’t have to worry about selling herself.

“It’s a huge load off my shoulders,” Maya told GamesBeat. “With signing this contract, so that they’re my representation, StreamElements is now my 360-degree management. They help me with everything.”

But where did StreamElements come from? And how does it work? I had a conversation with cofounders Or Perry and Doron Nir about the company to find out.

An agent for livestreamers

Before StreamElements was ever a thing, Or Perry was someone immersed in the world of games. He was a pro Counter-Strike player. And he regularly organized events and tournaments in Israel.

Perry said that overseeing the esports community in Israel gave him insight into what it takes to keep people engaged and working together.

“I then stumbled upon a site that was then called Justin.tv,” said Perry referring to what is now Twitch. “Back then, people were streaming to a couple hundred viewers or maybe a thousand. And at that point, I only knew two things well. One is building gaming communities. And the second is monetizing with brands. Bringing those together actually allowed me to give tips and how-to’s to content creators.”

Some of those early streamers picked up on Perry’s tips and started making money. His insights were so valuable that more people asked him for help. And that’s when he decided to make his own business.

“I woke up one day and realized that I was already turning into an agent for livestreamers, which is something that was very rare — if not non-existent — back then,” said Perry.

But even as some of Perry’s creators started seeing success, he began encountering more and more problems with the tools. He was in charge of producing streams, so it was up to him to fix things when the tipping, alerts, or overlays would break. But that was never easy.

“Altogether, we had like six or seven different services,” said Perry. “They didn’t connect to each other, and they didn’t communicate with each other. And then when they crashed, you were on your own because everything was a community-created tool.”

After realizing that using community tools was costing more time than it was saving, Perry decided to make his own. And this is one of the areas where his community-building experience was a huge asset to the eventual creation of StreamElements

“I found community members that were able coders,” said Perry. “And I started building our own tools for the talent.”

So if one of Perry’s tools broke, he was in control. And he could restart servers as needed. But this also led to one of the decisive moments in determining how StreamElements would work.

“Because I’m the one that was supposed to be producing shows for livestreamers, I required remote access to the creator’s computer,” said Perry. “So we decided to go with a cloud-based system.”

This enabled all of Perry’s tools to live online in a server instance. So he could worry about the tools themselves and not the hardware they were running on.

Then, as Perry’s team brought in features like overlays, tipping, and loyalty, all of those integrated into the same cloud system.

“That was very successful,” said Perry. “And that’s when I realized that this might be a decent business.”

For Perry, however, a “decent business” meant going from working with three livestreamers to working with 10. That’s when StreamElements cofounder Doron Nir called Perry an “idiot.”

“He actually took a deep-dive into what I had with the technology, the people, and the revenue sources,” Perry explained. “He said I was an idiot because he believed this could be a huge company that sells not to 10 creators but tens of thousands — if not hundreds of thousands.”

That’s when Nir and Perry started StreamElements in earnest.

Nir, like Perry, has a lot of experience in gaming. He started as a gaming journalist for a website he founded with Perry in 1999. Nir was the editor, and Perry was the community manager who put together LAN parties. StreamElement’s chief technology officer, Reem Sherman, was that site’s associate editor.

They worked together until about 2004. Then Nir and Sherman went to another startup. As that opportunity was wrapping up, Perry started showing his tools to Nir.

“I was really looking for an angle that would be interesting enough for the esports category,” said Nir. “When I started talking to Perry, I realized that esports is really just a very small piece of the video-game-content pie.

Nir and Perry formed StreamElements, raised some funding in 2017, and now it has those hundreds of thousands of creators that Nir told Perry it could eventually have.