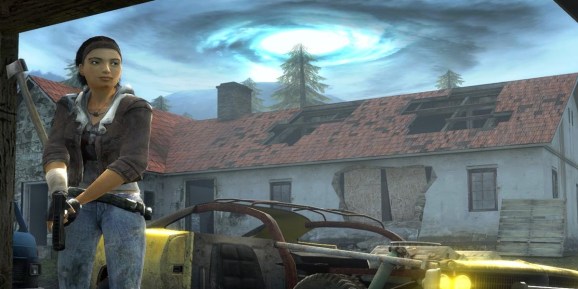 Alyx is a central character in the Half-Life series.

The Game Awards host Geoff Keighley has responded to some questions on Half-Life: Alyx in an Ask Me Anything post on Reddit.

While a lot of the questions asked were in relation to The Game Awards, coming next week, Geoff did respond to a few Half-Life: Alyx questions as well.

The first question was “On a scale of 1-to-10, how crazy would you rate Half-Life: Alyx?”

Keighley said, “Crazy? It’s just really good. Playing a game like that reminds me why I love this industry and have devoted my life to celebrating it. You guys will love it, I promise.”

He recently got to play the entire game through from start to finish, which is why he’s able to comment vaguely on it, as per above. He’s also working on a new entry in his “Final Hours” series of articles that have previously chronicled the development of past Half-Life, and Valve, games. He talked a bit about working on a new Final Hours project for Half-Life: Alyx as well, responding to a question from Tyler of the Valve News Network about whether his involvement with The Game Awards has interfered with working on a new entry on the Final Hours series.

Keighley made it clear that while The Game Awards is a lot of work, he hadn’t found a project that motivated him to write a new entry in the series before Alyx. “I just hadn’t really been motivated to write another Final Hours. I have to find the right story to tell because those stories take months and months of work.”

Tyler also asked Keighley what we could expect from the Half-Life: Alyx content that has been teased for The Game Awards next week, but Keighley didn’t respond that part of the question.

The Game Awards ceremony will take place next week on December 12, and we’re expecting to hear more news on Half-Life: Alyx then.