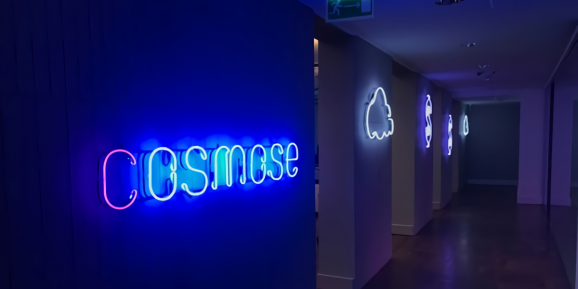 Keeping abreast of shopping trends online is straightforward enough — whole categories of startups achieve this with predictive modeling. But what about when that shopping takes place in-store? Tracking the behaviors of mall, outlet, and department store shoppers is of critical importance to physical store brands, particularly considering that the percentage of brick-and-mortar sales increased by 2% from $2.99 trillion in 2016 to $3.04 trillion in 2017.

Roughly four years after its founding, Cosmose today announced that it has raised $12 million in a seed funding round co-led by TDJ Pitango and OTB Ventures, which CEO Mironiuk said will bolster the company’s expansion outside its home market of China. The funding comes after a year in which revenue tripled following Cosmose’s graduation from a startup program hosted by venture capital company Founders Factory.

It’s not a new idea. Two years ago, Snapchat acquired Placed, which tracks things like store visits and offline purchases. Zenreach leverages Wi-Fi hotspots to help brick-and-mortar retailers bring customers back and to build profiles that include age, gender, and visit histories. And Swarm Mobile raised $3.5 million for its brick-and-mortar customer-tracking product several years ago.

Cosmose leverages a combination of machine learning tech and telemetry to deliver a holistic view of in-store shoppers. Using an agentless component that draws on data from over 400,000 social media, ride-sharing, and weather apps installed across more than a billion smartphones, it’s able to pinpoint customers’ locations down to store aisles (about two meters) with up to 73% accuracy. According to Mironiuk, it’s already being used in 300,000 stores in China.

Above: The mobile Cosmose AI app.

An analytics dashboard lets clients compare the performance of stores and analyze shoppers’ behavior through a number of lenses (e.g., brands and categories), with the goal of gleaning insights like the best location for a new store. A predicitve product — Cosmose Brain — anticipates when and where shoppers will go by correlating offline purchasing habits with online advertising and behavioral data, spotlighting customers most likely to convert at any moment. It also segments customers by their visiting behaviors, like those who leave stores before making a purchase versus those who stop in a fitting room but don’t buy anything. And its data informs an advertising orchestration dashboard — Cosmose Media — that shows the impact of online ads on visits and measures conversions for every ad format, for each day and store.

It all sounds a bit invasive, but Cosmose says it doesn’t collect personally identifiable information like phone numbers, email addresses, or serial numbers. Instead, it uses anonymized data from data providers operating under local laws such as the EU’s General Data Protection Regulation. Specifically, Cosmose claims it generates a nine-digit number called an OMNIcookie for tracking a minimum of 100 smartphones offline and says that shoppers can opt out of tracking by filling out a form on its website.

In the near term, Cosmose plans to turn its attention to the Japanese market and open a Paris office, which it says will enable it to better serve European luxury brands targeting the Chinese traveler market. Mironiuk cites a survey from the United Nations World Tourism Organization that found spending from Chinese shoppers traveling abroad now makes up 21% of tourism spending globally, and that each Chinese traveler spends on average more per trip than tourists from any other country.

Alongside the funding round, Cosmose revealed that Ohad Finkelstein and Raymond Zage have joined its board. Ohad currently serves as an advisor to the CEO of Walmart and sits on the board of OneWeb, while Zage is the former CEO of Farallon Capital Asia and a member of Go-Jek’s and Toshiba’s boards. “Cosmose is one of the most intriguing companies I know, with a highly differentiated platform and an exceptional team. I was very excited to join the board and to help the company deliver on its visionary promise,” said Finkelstein.