Afterburner Studios began as a lark. Cofounders Robert Taylor, Ian Cofino, and Paul Svoboda had just left their previous company, and on Taylor’s birthday one night, someone half-jokingly suggested they should make their own game. But the more they thought about it, the more they bought into the idea.

That was in 2018. Almost two years and one successful Kickstarter later, Afterburner is getting ready to launch Dreamscaper, an action role-playing game coming to PC in 2020. You play as Cassidy, a young woman who’s dealing with depression and other difficult issues in her life. And one way she’s working through that is by battling monsters in her dreams.

These creatures are actually manifestations of Cassidy’s negative emotions, and vanquishing them will help her in her waking life, which you’ll also take part in. You’ll help Cassidy explore her new city and develop friendships, which in turn help you back in the dream world with additional power-ups and weapons.

Dreamscaper is an ambitious, if somewhat confusing, concept on paper. But according to Cofino, who serves as the main designer, the team wanted to make an innovative game that would push the genre forward.

“We were all really interested in making a game that users could play for 50, 100, or 1,000 hours, which is something you see in games like Binding of Isaac. … And because of our experience in the industry, we thought we could bring something new to that formula,” said Cofino. “So we’re trying to marry these two pieces: our own artistic and creative fulfillment doing something we were really passionate about, and then also finding a good niche where there’s room for growth.” 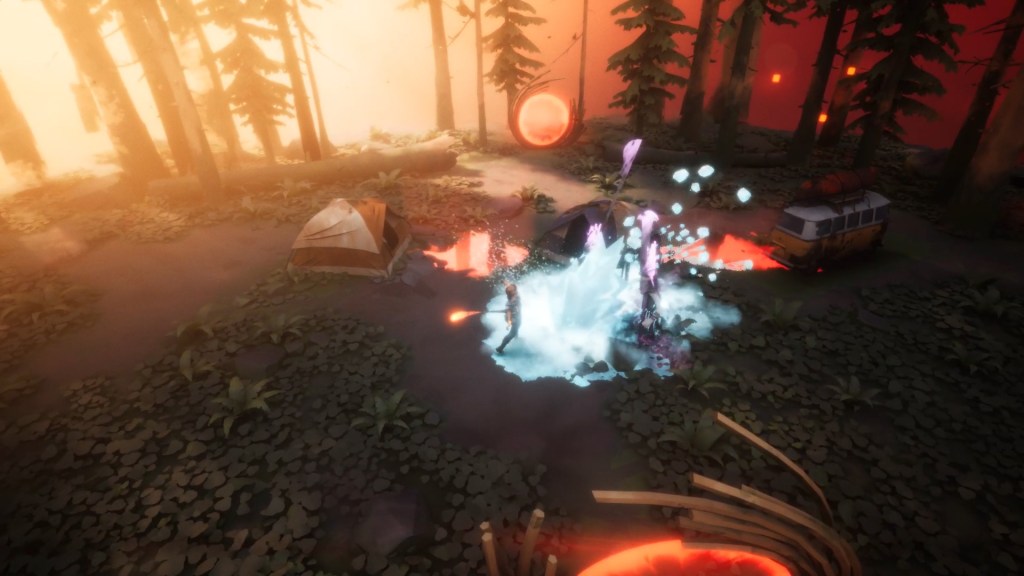 A link between worlds

One huge inspiration for Dreamscaper was roguelike games, where death is permanent, thus forcing players to start a new “run” with only one life. But while roguelikes such as Binding of Isaac and Dead Cells have large followings, Afterburner believes the appetite for these games can be even bigger. That’s why the studio is focused on creating something that’s not only fun to play, but that also has an emotional story.

You’ll uncover more of Cassidy’s journey by progressing through the day and night gameplay cycles. When she’s dreaming at night, you’ll be trying to survive a series of combat challenges in procedurally generated levels, picking up weapons and powers along the way. If you can reach the end and successfully defeat the boss — like a whale-like creature representing Cassidy’s fear — you’ll wake up and unlock a new set of dreaming levels next time you’re asleep.

If you lose, you still wake up, but you’ll have to start over from the first dream area. During the day, you’ll walk around bars, coffee shops, and other places as Cassidy familiarizes herself with the town of Red Haven. The more she interacts with other characters, the better equipped she’ll be in her nightmares. If she befriends a fiction writer who’s really into sci-fi, for example, a new sci-fi themed weapon might pop up in the dream world.

“It’s kind of a slow burn of a story because with a roguelike game, there’s so much replay. And so much of it is about looping back through. So we’re trying to build on that and build a story where players are crafting relationships over a period of time that will help cement who Cassidy is and what she’s going through,” said Cofino.

By going back and forth between reality and the dream world, you’ll eventually dispel the mystery around Cassidy’s past. Creating this feedback loop is no easy task, however, and Afterburner is still finalizing the finer details of how that connection will work. But the developers believe the dual nature of Dreamscaper will make it appeal to a wider audience.

“I know a big complaint that a lot of people have about roguelikes, especially more casual gamers or gamers who like more story-driven games, is that they feel like their time is wasted when they lose everything and there’s no real progress. But we have persistent progress in the waking world,” said Robert Taylor, the sole engineer at Afterburner. “And I think that’s going to draw in a lot of people who wouldn’t normally pick up a game like ours.” 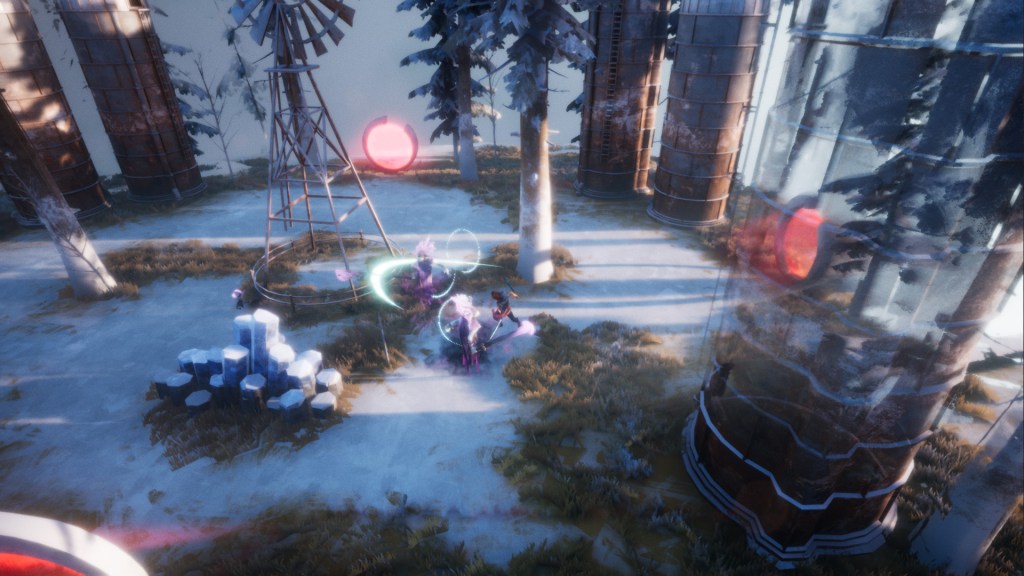 According to Cofino, Dreamscaper isn’t a result of just one person’s creative vision — it’s truly been a collaborative effort between the three main team members. It represents the best of their ideas, all synthesized into a beautiful and compelling package. The developers figured that if they were going to self-fund their own game, they might as well go all out.

“We decided very early on that we weren’t going to make compromises … why would we sell out and make a game that’s just one of the three things we want to do, when this is probably our only shot? Why don’t we go for all three and shoot for the stars? That’s been one of the reasons we’ve been pushing ourselves so hard to make it, because it could potentially be our swan song,” said Taylor.

Given the misfortunes at their last employer, the developers are well aware of how volatile the gaming industry can be, especially for independent studios. That’s why having a partner like Intel is a big help. Intel engineers spoke with the team and encouraged them to submit the game for the Runs Great on Intel certification.

Once Dreamscaper passed, they were able to reap the benefits of being in the Intel Game Dev Boost program.

“It’s been a really positive experience, especially when I think about the return on investment. It took very little time for me to get the game to run well on Intel hardware. And once that happened, opportunities were rolling in from Intel,” said Taylor. Talking with third parties and partners at different companies became far easier, he explained. “This sort of relationship with Intel gives us a lot of credibility,” he said, “because in this industry, relationships do matter.” 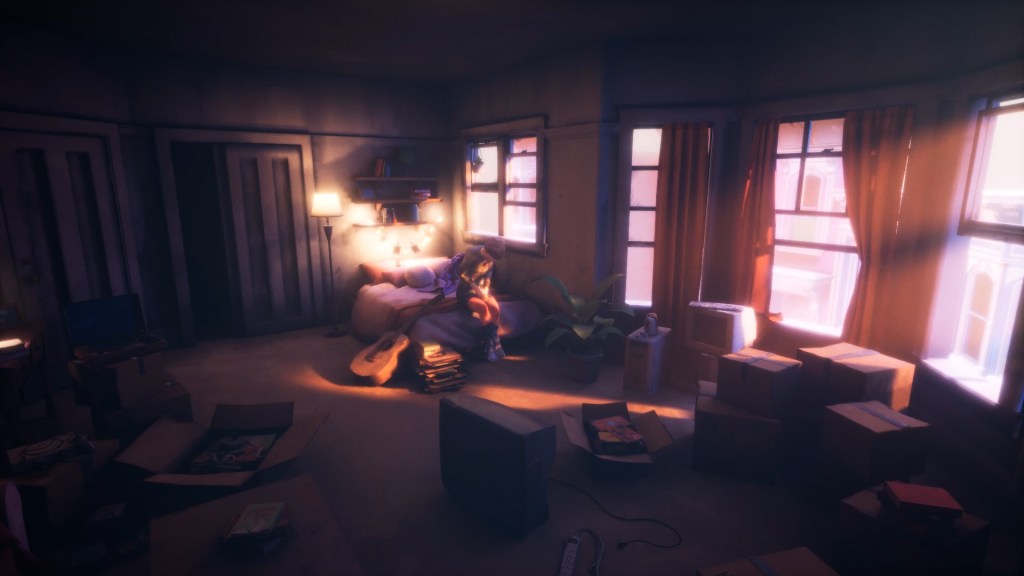 And thanks to the Kickstarter and a playable alpha build, Afterburner already has a small but dedicated community. Some people have spent as much as 50 hours on just that limited demo alone.

“We’ve got this game that has really tight core combat mechanics and great UX, but at the same time, it looks almost like an arthouse game, where there’s a story and there’s atmosphere. … I’m really glad that everyone on the team was just free at the right moment and we were able to start this game together,” said Taylor.

You can try the Dreamscaper demo for yourself on Steam.