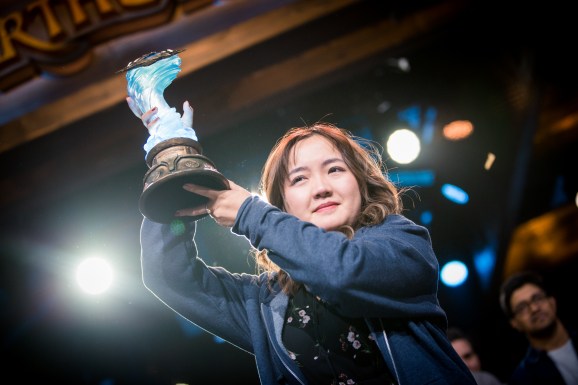 Many know that women make up 47% of the gaming industry. However, most believe that applies to casual and mobile games. While the growth of mobile gaming in the past 10 years has certainly contributed to this number, there is still significant scale in reaching the core woman gamer. According to a recent study by Momentum Worldwide, in the U.S. alone, 11 million women have watched a live stream on Twitch this year, and woman esports fans spend an average of 15 hours per week playing or watching games. For many women around the world, this is not simply a casual hobby, but a deep passion point.

Despite this, recent data shows that 62% of women esports fans do not believe that esports brands market to them, which is unsurprising considering only one female-first brand has signed a major league or team deal in esports: Bumble sponsoring Gen.G’s all-female Fortnite team. Brands face an untapped whitespace here.

The good news is the gaming community has done a lot to make women gamers and esports fans feel more welcome, with 81% saying their experiences have been positive, encountering little-to-no trouble. However, 71% say that women aren’t being represented enough in esports with the estimated number of women having a role in esports at 5% according to the Women in Games. To achieve its full potential, it will take a team effort from brands, esports leagues, teams and partners to create a more inclusive and welcoming industry.

Female gamers want to feel seen, heard and, most importantly, inspired. Similar to how people want to see themselves represented on TV and in movies, female gamers want to see representation in esports leagues and on professional teams. While there are certainly professional female gamers such as Xiaomeng “VKLiooon” Li, who recently became the first woman to win an esports tournament at BlizzCon through Hearthstone Grandmasters, along with Geguri from Overwatch League’s Shanghai Dragons, and Chiquita Evans from NBA 2K League’s Warriors Gaming Squad, they are exceptions rather than the rule.

Taking a step in the right direction, Counter Logic Gaming recently hired CS:GO Pro Stephanie “missharvey” Harvey as its director of esports franchise development and outreach. In this new role, Harvey will focus on engaging the women’s esports community and work with the company’s partners to create opportunities for women and people of color. However, we have yet to see leagues or brands take on a significant role to drive inclusivity.

Brands do not necessarily need to focus on women-only esports teams or leagues to reach women — they’re already fans of esports. 29% of esports fans are women, but it’s critical to understand the nuances of each esports community and where women fandom is more common. For instance, our data shows that there’s significant female fandom for esports titles & leagues like Call of Duty, Fortnite and Super Smash Bros, and that women are most interested in attending gaming events like BlizzCon, TwitchCon and the Overwatch League Grand Finals.

Eighty-one percent of women in this pool have or are willing to fly to an esports event (with 17% confirming they have previously flown internationally), so activating where these communities come together in tentpole moments of positivity and excitement is a natural area for a brand to speak to female audiences. Female esports enthusiasts seek out environments where they can not only make lasting connections with the brand, but also connect and form friendships with people who share similar interests.

In 2020, esports brands have a great opportunity to create a space where female gamers can get together and interact with one another – whether that activation is providing access to the talent they admire, community gameplay experiences, instagrammable photo opps, or unique merchandise collaborations.

One size does not fit all

Sixty percent of women esports fans are willing to spend $125 on merchandise and branded premiums at live esports events. Despite this, it’s rare to find esports team jerseys and league merchandise in women’s cuts and sizes.

An exciting trend we’re seeing in 2019 is the movement towards luxury and quality fashion brands getting into esports. Marketers are recognizing the gap between a high spending audience and the demand for quality merchandise, as shown with Nike’s exclusive collaborations with NYXL and 100 Thieves and Adidas partnering with Team Vitality. But there is an opportunity to broaden vision and embrace a female-first perspective. Smart brands are already starting to lead this charge, such as Fnatic recently revealing a collaboration line with the traditionally female-focused brand Sanrio’s Hello Kitty. Additionally, Louis Vuitton partnered with Riot Games to reveal a new fashion line this week, following their Worlds Final, where League of Legends characters wore Louis Vuitton designs in the live music performance and music video, as well as in the game as custom skins.

The sponsorship opportunities of esports are only limited by preconceived notions, which brands would be remiss to let confine their integration into an ever-expanding landscape.

Tatiana Tacca is leading the esports and gaming practice for Momentum Worldwide, delivering consultation, sponsorship strategy, and experiential activation for brands and clients. She is an esports and gaming industry expert with over 9 years in the space.