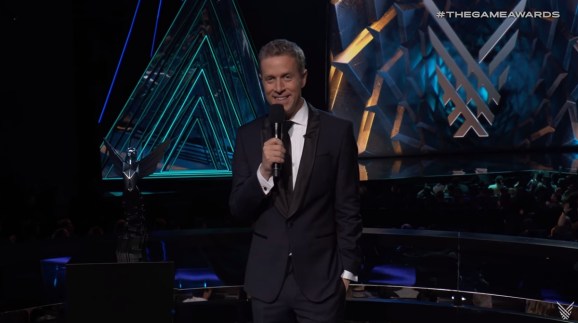 Geoff Keighley is creator and host of The Game Awards.

The Game Awards founder Geoff Keighley announced The Game Festival, a new online consumer event where gamers will be able to play a dozen new game demos on Steam for 48 hours. After that, the games will disappear until they’re ready.

With this concept, Keighley addresses one of the problems for trigger-happy viewers. The Game Awards can get 30 million people excited about an announcement for a new game. But usually, those fans won’t be able to play these new games for a while.

“Six years ago I bet everything I had to create The Game Awards as a way to celebrate our passion for gaming,” said Keighley, in a statement. “Now feels like the right time to take the next step with The Game Festival, a completely digital approach to the consumer event space. Let’s face it: Not everyone can attend a physical trade show or consumer event. The Game Festival is designed from the ground-up as an event without barriers, extending the benefits of a physical event to the global gaming community that watches The Game Awards.”

As part of the pilot Game Festival on Stream, more than a dozen games are scheduled to be playable. Some of the games that will release free, limited-time demos include:

Alongside the Festival, Steam will air The Game Awards live in 4K Ultra High Definition, feature The Game Awards Sale, and offer Steam viewers the opportunity to win a Valve Index VR headset and free game drops throughout the live broadcast.