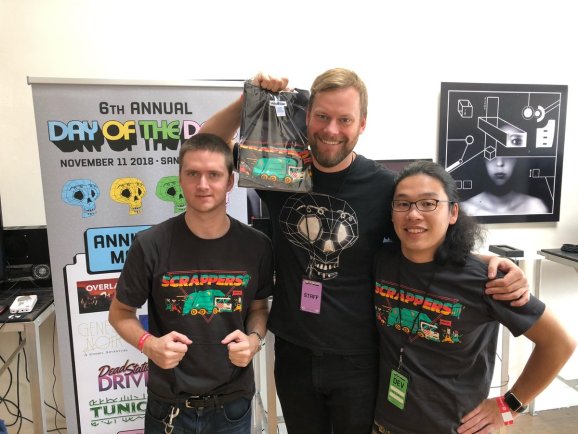 Sony Interactive Entertainment has made a major hire to ensure PlayStation indie support remains strong. The company has brought in Greg Rice, who worked for years as the head of publishing at Psychonauts developer Double Fine. Rice announced his new job in a post on Twitter today.

“Very excited to announce I’m joining the amazing team at Sony Interactive Entertainment as the Global Head of Indie Accounts,” writes Rice. “I’ll be managing all independent developer and publisher accounts and building new initiatives to support indies big and small from all over the world.”

Rice added that he’s looking forward to “the next generation of great PlayStation games.”

Sony adding Rice to its team likely has a lot to do with the PlayStation 5. The company is planning to launch that console next holiday. And it wants to do everything it can to get fans excited for new hardware. And having plenty of games is a major part of that.

But while Yoshida is out looking for new games to bring to PlayStation, Rice will manage and maintain those relationships.

And that’s something that Rice has a lot of experience in. At Double Fine, he ran the Double Fine Presents publishing effort. He was also instrumental in the Day of the Devs. That annual event gathered dozens of studios together to show off games in a festival-like atmosphere in San Francisco. Microsoft acquired Double Fine earlier this year.

But now Rice can build on his existing relationships in his role at Sony.