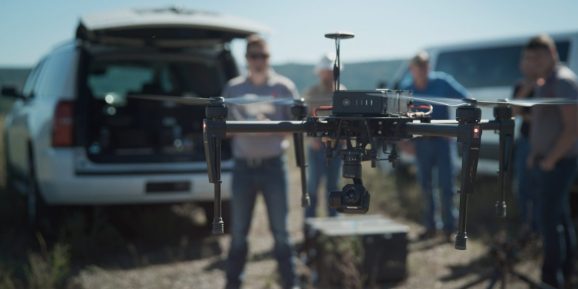 PrecisionHawk in a field

There’s a reason firms in agriculture, energy, and industry are increasingly opting to adopt drone-based monitoring and analytics products: They promise to cut down on operational expenses while removing human inspectors from harm’s way. According to a recent report, flying drones cost between $200 and $300 per mile compared to conventional helicopter flights that cost upwards of $1,200 to $1,600 per mile. And the Centers for Disease Control reports that from 2003 to 2013, the number of work-related fatalities in the oil and gas extraction industry increased 27.6%, with a total of 1,189 deaths.

A cottage industry has emerged to meet the demand, and one of the startups at the forefront is Raleigh, North Carolina-based PrecisionHawk. Founded as WineHawk Labs in 2010, an unmanned aerial systems and remote sensing company for wine producers, it pivoted in 2013 to general drone solutions and consultancy. This was prescient — the Federal Aviation Administration (FAA) forecasts that the drone industry could triple between now and 2023, with an estimated 823,000 drones flying by that time. And perhaps unsurprisingly, PrecisionHawk hasn’t had much trouble convincing investors to fund its ventures. 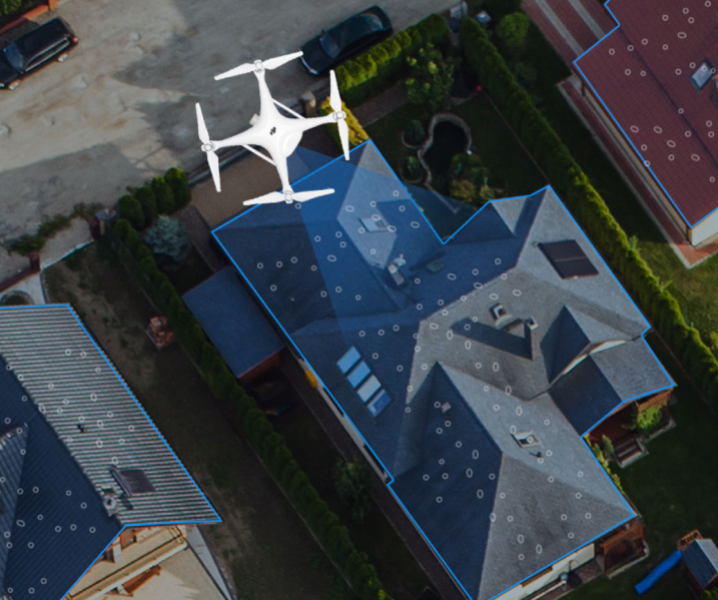 PrecisionHawk offers an integrated platform of drone and sensor hardware, flight and analytics software, and services for businesses. The company helps clients to define their objectives and flight plans as well as their technology mix, and to tap turnkey flight software and a drone pilot network with over 15,000 licensed operators to collect and verify drone data. Clients can post offers for pilots on PrecisionHawk’s jobs board, which finds those with the appropriate skill level and facilitates payments and quality assurance. And they gain access to PrecisionAnalytics, a mapping and inspection solution that offloads data aggregation and annotation to machine vision, leveraging high-resolution imagery and GPS to produce models, measurements, and stitched-together maps.

For each customer, PrecisionHawk identifies the costs of solutions and forecasts a return on investment. Based on the area of interest, its flight operations leaders specify the necessary drones, sensors, and software before developing an approach that integrates with current operations and safety protocols. Then, they account for baseline quality requirements in orchestrating the overall program and — through partnerships with SAS, CapGemini, Salesforce, and consulting firms like Deloitte, McKinsey, and Booz Allen Hamilton — use third-party and in-house services and analytics to derive insights from collected data. 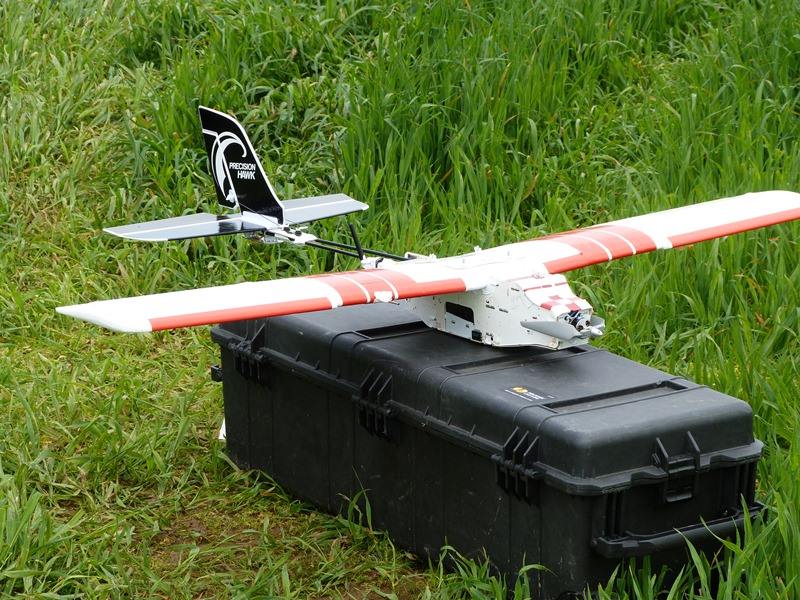 For instance, PrecisionAnalytics is able to generate a vegetative index, or an indicator of where plants in a field are healthy versus browning as a result of flooding, over-fertilization, or disease. A client can apply the index over collected aerial maps, which PrecisionHawk’s software calculates by ingesting the spectral values of each pixel and assigning a number representing plant health. PrecisionAnalytics offers a library of vegetation for a range of crops, and it sources from several vegetative indices (e.g., GRVI, VARI, NDVI, NDRE, SAVI, and ENDVI) to provide various means of assessing crop status.

The commercial drone market is edging toward becoming a $127 billion industry by 2020, according to PricewaterhouseCoopers, and there’s been a corresponding uptick in venture capital investment in drone-related companies. Indeed, an estimated $454 million was plowed into UAV startups in 2016 alone, which included the likes of San Francisco-based DroneDeploy and San Carlos-based Prenav. More recently, Kespry raised $33 million in December 2017 to help companies capture aerial imagery through drones; Iris Automation raised $8 million to help unmanned aircraft avoid collisions; and DroneDeploy raised $35 million to further develop its drone management and logistics tools.

PrecisionHawk has done well for itself despite the competition, with strategic investments from enterprise customers and partners including Comcast Ventures, DuPont, NTT Docomo, and Yamaha Motor. It now counts among its customer base five of the top 10 utility companies, the largest provider of communications infrastructure in the U.S., major providers of seed and agricultural chemicals, the United States Department of Agriculture, and North Carolina State University.

“This is an exciting time at PrecisionHawk and the commercial drone industry overall as adoption of drones continues to grow at exceptional rates,” said Chasen. “Our unique software and services deliver incredible value to our customers, equipping them with the highest level of aerial intelligence to meet their current and future asset management and operating needs. We are pleased with this latest round of funding which will help us better address this surging demand, particularly in the energy and agriculture markets, and lead us into sustained profitability and growth.”