The Consumer Electronics Show is coming around again, as 170,000 techies prepare to invade Las Vegas in the first week of January. CES 2020 will have about 4,500 exhibitors across 2.9 million square feet of space.

That’s the word from Karen Chupka, executive vice president of the Consumer Technology Association (CTA). Chupka said in an interview with VentureBeat that this year’s attendance will likely be down from 180,000 last year, but that’s not a comment on the tech economy. The CTA is simply trying to control both expectations and the number of tourists who try to get into the show.

The number of exhibitors is about the same, while the square footage is slightly up from 2.8 million square feet, based on the latest estimates. But Chupka said the Eureka Park venue for startups will have about 1,200 companies, up from 1,100 last year. This means it’s going to be a good year again for the biggest U.S. tech trade show, which starts with media events on Sunday, January 5 and runs through Friday, January 10.

The show floor will span the cavernous Las Vegas Convention Center, the Sands Expo, Aria, and other venues. I spoke with Chupka about CES, the trends she sees among the exhibitors, and the subsectors that are trending or waning. Among the changes: Samsung will have a keynote speech this year, but no press event. As always, the show will go on. 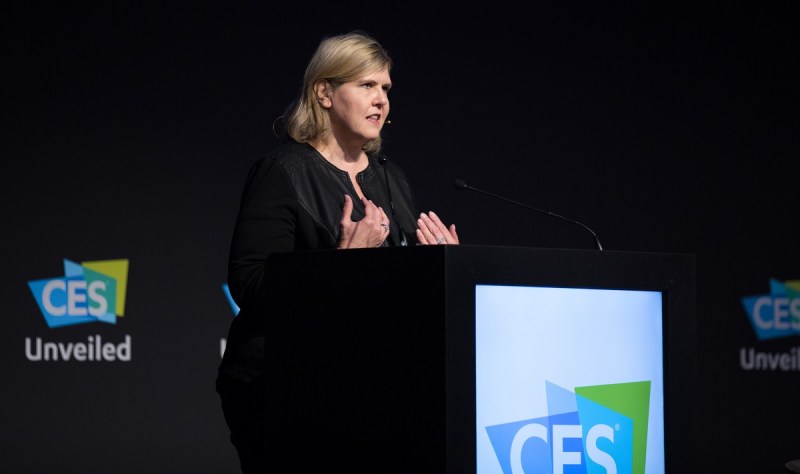 Above: Karen Chupka is executive vice president of the Consumer Technology Association.

VentureBeat: Do you have any numbers yet, as far as expectations?

Karen Chupka: We’re still in the process of selling, but I can give you some expected numbers. We expect over 2.9 million square feet of exhibit space, up slightly from last year. Attendance, we’re expecting more than 170,000. More than 60,000 coming from outside the United States, 1,200 startups. Probably about 4,500 total exhibitors.

VentureBeat: I looked up my old numbers. That’s more square footage and slightly fewer attendees? More startups, but about the same on the exhibitors?

VentureBeat: It’s not necessarily a down forecast, then. You’re expecting the usual.

Chupka: Yeah, that would be about right.

VentureBeat: As far as some things that are changing, I don’t know if the marketplaces have changed around, or whether you’re adding more of those.

That fits alongside our vehicle tech story, which continues to be strong, with all of our auto manufacturers coming. Within the storyline of transportation — stepping beyond just driverless cars now, we’re seeing much more with short-distance vehicles, Bell Helicopter and its drone that was introduced last year. I believe we even have Pegasus on the floor this year demonstrating what a flying car may look like. Just a larger transportation story.

[Some] of the categories you’ll obviously be interested in [are] AR and VR and gaming. We have about 30% more exhibitors, and the square footage is up about 15%, about 50,000 square feet there, as well. Eureka Park, our startup area — we’re expecting that to be over 1,200 exhibitors, and we have about 50 countries represented within Eureka Park.

VentureBeat: Is anything disappearing this year, or getting a lot smaller?

Chupka: We’re seeing some areas where it’s a bit more flat. In drones, we kind of hit the peak a couple of years ago, and that’s been staying relatively flat year over year, or down slightly. 3D printing, in the early days everyone assumed consumers would buy [the printers], and now that’s leveled off, as well. Those are two [areas] where we’re seeing more of a decline. 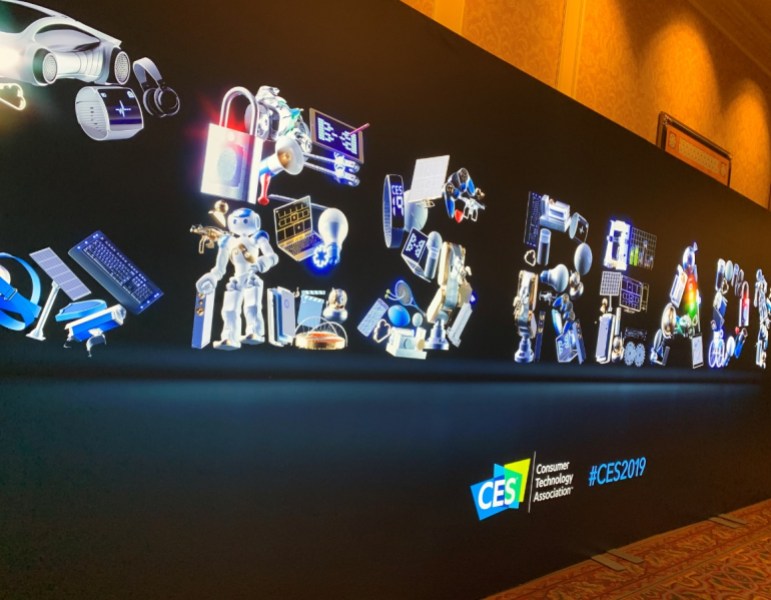 VentureBeat: Is that decline just in numbers of companies, or is it more than that? Is the interest level falling?

Chupka: It’s down in square footage. 3D printing was about 15,000 square feet last year, and it’s down to about 8,500 now. That could pick up a bit because we’re still selling space. It’s probably 60% of last year.

VentureBeat: If the show is growing significantly in square footage, what would you say explains that?

Chupka: Where we see some of the growth is over in our C Space area, where we’ve added some square footage because we’ve expanded that facility to also include sports technology. We see more companies now exhibiting over there. That’s a bit of a different feel. We have more experiential exhibits there. Also, a lot of the companies are taking private meeting space and holding meetings. They’re showcasing digital platforms and things like that. It’s a different feel as far as what the space is like. But there we’ve seen a lot of growth. We have a lot of great companies participating over there. We’re not necessarily widening our facilities, but some of them are going up.

VentureBeat: Are you noticing any trends, things you see a lot of traction for at the show?

Chupka: We’re seeing the continuation of AI and 5G transforming a lot of the verticals and segments. That’s helping fuel growth in some categories. We’re seeing that across the show. We expect those to be two big themes. We know there will be more companies showcasing 8K televisions in 2020. That will be another trend. Some of that also ties nicely into the gaming experience, as well. That’s a nice hand-in-hand story.

Over the past couple of years, we’ve had more and more companies coming to CES to unveil their tech strategies. A couple of years ago, we had Carnival cruise lines come in and talk about using [internet of things] IoT to create the first smart ship. Last year, we had John Deere and Impossible Foods coming in. Deere showcased AI changing the farming experience, while Impossible Foods was demonstrating its new products and meeting Burger King at the show.

This year, we see that continuing. We have Delta keynoting for us, but they’re also going to be showcasing how technology is going to transform the travel experience. Everything from how the customer — what they experience in the booking part of it, as well as the experience on the plane itself and getting to their final destination. That’s another area where we see some growth. Companies come to CES to look for new business partners, to do more B2B relationships, and potentially to roll out something new to the consumer.

VentureBeat: What would you say is the biggest theme or attention-grabber at the show? Is that a toss-up between AI and 5G, or is something else in the running?

Chupka: There’s AI and 5G, but the health care story is also very strong. We have Humana and some of the insurance companies coming in because they’re launching initiatives in helping consumers use technology to better take care of their health. We’re offering continuing medical education credits to doctors who come to the show. We have a three-day conference program, and the third day of the program is focused on how you can use digital therapeutics and things like that to prescribe to patients. Doctors can earn CME credits for participating in that. Health care is another big category where we’re starting to see more growth.

The transportation story — we announced this week that [U.S. Secretary of Transportation] Elaine Chao will be speaking. Clearly, the evolution of electric vehicles and driverless cars and some of the short-distance devices that are coming out, those are all trends and stories that continue to grow at CES. 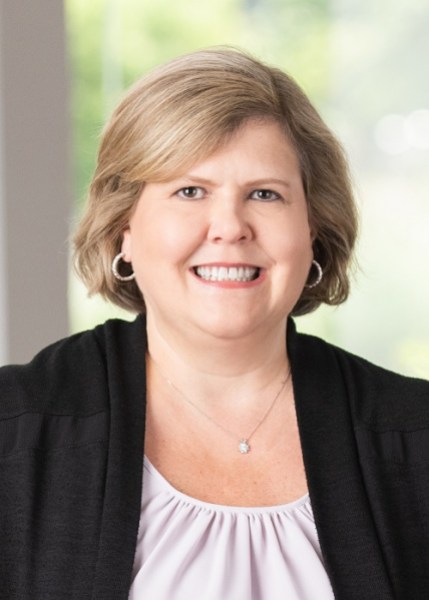 VentureBeat: When you invite government leaders, what do you think is going to be on their minds? What are questions people want to ask them?

Chupka: Some of it is obviously around regulations related to getting some of these products to market. One thing I didn’t mention, but it’s been picked up a lot — we have a privacy super-session we’re doing this year. We have Facebook, Apple, and the FTC speaking on privacy guidelines and how to scale that up as it relates to consumers. Privacy is something we all think is very important in the development of new technologies. Things like the development of AI, looking at diversity, and better scaling in that area. Another big issue is future jobs. We have some government officials interested in things like that. In some ways, because technology is cutting across so many categories right now, there’s a lot more that government officials can talk about and understand.

VentureBeat: As far as topical things, are tariffs still a front-and-center issue? I don’t hear so much about it nowadays.

Chupka: It’s still an important issue. In fact, I think there was just some discussion that came out yesterday over whether tariffs may be delayed on December 15. I don’t know if that’s final yet. But that was the next key date, December 15. In some ways, a lot of our companies have had to plan for that and be prepared, assuming that things would go forward. It’s still an influence in the industry, still something that we think is bad. We think tariffs are bad for everyone.

VentureBeat: Are you addressing that issue in some way at the event, or otherwise trying to draw attention to your concerns?

Chupka: We did talk about what some of the concerns are and why free trade is important. The other thing we’re obviously watching is the push-through of the new NAFTA. We’re hoping that gets through Congress before they go out of session. All of these things are important, especially when you look at how so many technology products come together. You have a lot of technology going out and being built into new technology. It’s very important for the industry overall.