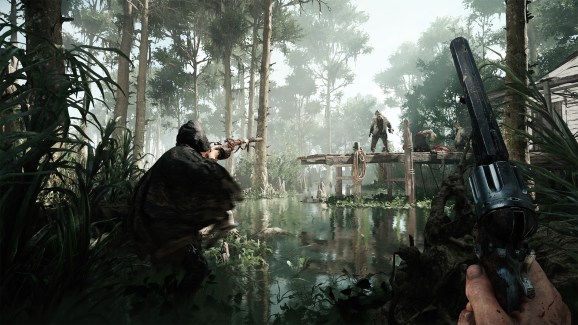 Through the decades, gaming has grown from a niche hobby for a select few to a massive worldwide community. The online gaming community is expected to top 56.8 million players by next year. The video game market is expected to make $152 billion worldwide in 2019 and online gaming contributes to $33.6 billion of these dollars; representing roughly one-third of the industry.

The increasing popularity of online gaming makes it imperative for developers to offer smooth online experiences, and this demands a high-quality, thorough development cycle, consistent support, and listening to community feedback. Providing quality, memorable experiences to players through thoughtful development is important; after all, they did spend their hard-earned money on these games. To provide this, the backbone of gaming lies within the infrastructure each game is built around.

Before the development of any new game, developers will decide on the infrastructure type and then build the tech stack. Selecting the right infrastructure for your game is crucial for development, providing updates and preventing hindrances to the success of the game down the line.

Managed servers come with features and applications installed by the vendor. Managed servers are low maintenance and provide added potential such as autoscaling (adjustments to server capacity to provide a steady and reliable game performance). These preprogrammed bells and whistles mean a managed hosting option will be more expensive than their unmanaged hosting counterpart and could be potentially limiting to the creative flexibility of the developer.

An unmanaged hosting server is one of the most bare-bones servers available. Vendors provide unmanaged servers with little-to-no “pre-loaded” features and applications installed. Because of this, game developers that purchase an unmanaged hosting server from a vendor have the liberty to install whatever features and applications they deem necessary for their game. There are considerable cost savings for the developer by choosing an unmanaged server, however, developers would need a team to manage scaling during peak hours.

BaaS typically outsources the responsibilities of running and maintaining infrastructure to a third party. This allows developers to focus on client-side development of their applications. The downside of BaaS is that the developer may be at the mercy of a third-party service provider. Specifically, if a service provider alters the structure or function of their infrastructure, a developer must work with the third-party to make the appropriate changes. This could pose challenges for developers who prefer to consider and design for the user experience first, then focus on implementing the change on the backend. However, many developers choose to use BaaS as their preferred infrastructure for larger, online games.

No matter which infrastructure architecture is deployed, both players’ physical proximity to the server and users’ network speed help reduce lag-time and enhance overall game performance. Therefore, a server within close proximity to players located in areas where the gaming population may not be as dense would provide the same gameplay experience players have in highly populated areas.

As an example, for the launch of Hunt: Showdown, German game developer Crytek needed to check multiple boxes with its infrastructure solution: close proximity to customers around the globe, connection speed and latency, scalability and flexibility. The company solved this by deploying 400 high-performance and scalable dedicated servers in its most popular markets — Europe and the U.S. Choosing this architecture helped to ensure smooth, lag-free online gameplay experiences with the highest concentration of players.

After the game launch

Most high-profile games are released around this time every year, and every year millions of people spend their dollars on titles such as Call of Duty, Battlefield, Madden NFL, The Elder Scrolls Online, as well as cloud streaming services such as Playstation Now.

After these games are released, developers shift from development to maintenance, where updates and add-ons are provided to the game to try to sustain player count.

One thing that is focused on after a game’s release is how developers gather, keep and interact with large amounts of data collected from these games. A popular option is to integrate infrastructure with container services such as Kubernetes, an open-source container-orchestration system. These containers are designed to help developers manage their infrastructure, make development much easier and offer data backup for players.

When data can be easily stored with these containers, it makes providing large-scale updates on big games easier and more efficient with less game-breaking errors and bugs.

The next wave of game launches

As the video game industry grows, especially online gaming, robust IT infrastructures are needed to meet the increasing demands and expectations of players. Today, gamers expect minimum latency, unlimited storage of their saved data, connections to other players around the world and faster load times when joining online games. These high expectations will lead more developers to work in tandem with the companies that build the infrastructure to power these games.

Lex Boost is the Chief Executive Officer of Leaseweb USA. With over 20 years experience in the digital industry, Lex has gained leadership experience from a broad range of organizations and cultures.