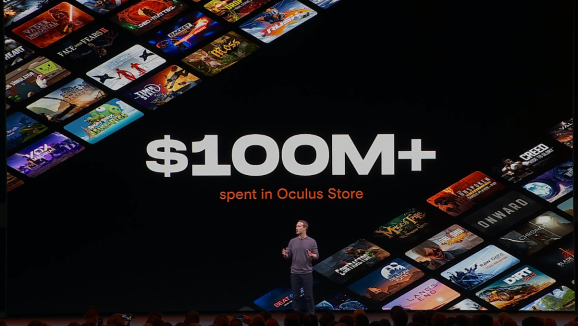 The Oculus Quest now has a Dynamic Fixed Foveated Rendering (FFR) feature, which developers can use instead of manually setting the FFR level.

Fixed Foveated Rendering is a rendering feature that developers can use on Oculus Quest. It renders the peripheral of the lenses at a lower resolution than the center, making it easier for the software to maintain a consistent and comfortable frame rate by shaving down detail in places that are less noticeable. There are four levels of FFR developers can choose from: Low, Medium, High, and High Top.

FFR can make it easier for developers to port their PC VR games to Quest. However, the High and High Top can be very noticeable for the user. As we stated in our review of the Quest headset:

In the game’s opening training montage I couldn’t help but point my eyes down and see two blurs for feet running on a treadmill. Tilting my head up over text to move it into the foveated area revealed the scale and size of the effect.

Dynamic FFR allows developers to let the Oculus system dynamically adapt the level of foveation based on the GPU utilization. This means that unless it is needed at that time for performance, users won’t see the pixelation and blur seen in some Quest titles today.

The feature is off by default, however, so developers will need to add it to their games via a software update to get the benefits.

The feature doesn’t seem to be available yet for the main game engines used by developers — Unity or Unreal Engine — but as with most native software development kit (SDK) features it will probably arrive in the next update.