The game industry is in a huge period of flux, but 2019 only set the stage for enormous paradigm shifts that the coming year will solidify. Companies are shattering long-held “rules” as cross-platform play becomes the norm rather than a dream. How we interact with content is evolving, even as the quantity of media we outright own erodes due to subscription services and the growth of service-based games. And the word “exclusive” carries new meaning as platform-holders look to increase their presence far beyond the living room.

The end of the year is a time of reflection. As we try to make sense of how the industry will take form in the coming year, it’s important to look back at how trends have developed and where they’re likely to go as we turn the calendar page.

The walls are tumbling down

Origin, Uplay, Battle.net, Bethesda Launcher, Rockstar Games Launcher, GoG, Steam, Epic Games Store … there are a lot of places to purchase PC software (and these are only a handful run by companies that also make games). Over the past nine years, since EA launched its Origin service, we’ve seen a number of large publishers build out their own clients.

Some, like EA, have chosen to horde content, making it unavailable on any other PC storefront (cutting out Steam and its 30% fee). Others, like Ubisoft, which requires a Uplay login regardless of where you purchase, are in it primarily for the data collection. After nearly a decade of siloing, the content diaspora is starting to shift back toward consolidation.

In a landmark move, EA has decided to once again sell its PC games on Steam for the first time since Battlefield 3 debuted in 2011. With the publisher also adding Star Wars: Jedi Fallen Order to Epic Games Store, the era of Origin exclusivity seems to be coming to an end … but why? 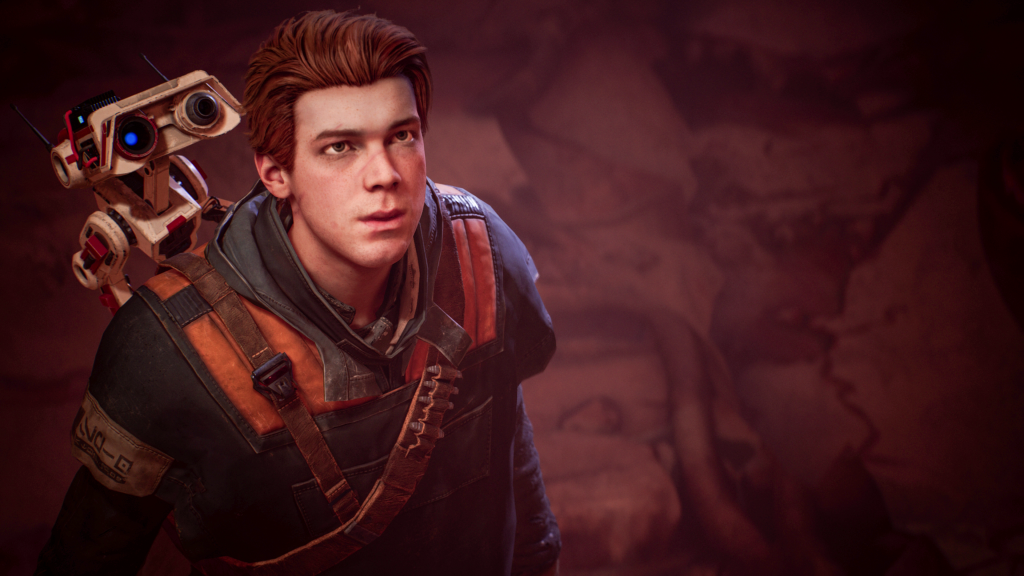 Above: A Jedi and his droid.

EA did the math. Sure, it was pocketing the 30% platform fee it wasn’t paying to Steam, but it was also cutting itself off from an enormous audience of 90 million users (as of January). The calculus is straightforward. EA determined that it wasn’t saving as much money in platform fees as it was losing by not making itself accessible to the market leader’s audience.

When you consider Star Wars: Jedi Fallen Order, the numbers might not seem impressive. However, EA has also confirmed it’s bringing The Sims and FIFA to other storefronts. In fiscal year 2019, the publisher booked $739 million in full game download revenue. In that same year, the company reported live-service revenue, including The Sims DLC packs and Ultimate Team card pack purchases, in the amount of $2.4 billion.

No longer content to leave money on the table, EA is going to be tapping into a much larger audience. With Ultimate Team and The Sims usership way up in the most recently reported quarter, expect big growth as FIFA, Madden, and others come back to Steam and join Epic Games Store.

EA’s decision is part of a larger trend happening across the industry. Exclusives aren’t exclusive anymore.

Microsoft has been building out an ecosystem with its Xbox/Windows 10 “Play Anywhere” approach. Sony has announced intent to bring some of its games, including Death Stranding, to PC, while MLB The Show is going multiplatform. And Nintendo has gotten cozy with the Xbox team, playing host to Super Lucky’s Tale and Ori and the Blind Forest. Acquiring a customer used to require selling a piece of hardware or getting someone to install your launcher. Now, content on other platforms (or even in the cloud) is just as viable a method to get someone to play in your sandbox and stay for a while.

Cross-platform play started tearing down walls that have existed since the beginning of the medium and were solidified when online multiplayer stormed into the living room with Xbox Live and PlayStation’s online offerings. While the barriers between platform holders (especially in the living room) won’t disappear, expect to see more content make its way across formerly hostile waters. Don’t look at this as a cease fire, though. Console warriors will still have their battlegrounds. They’ll just look a bit different.

Inexpensive subscriptions: The backdoor to a (mostly) digital console generation 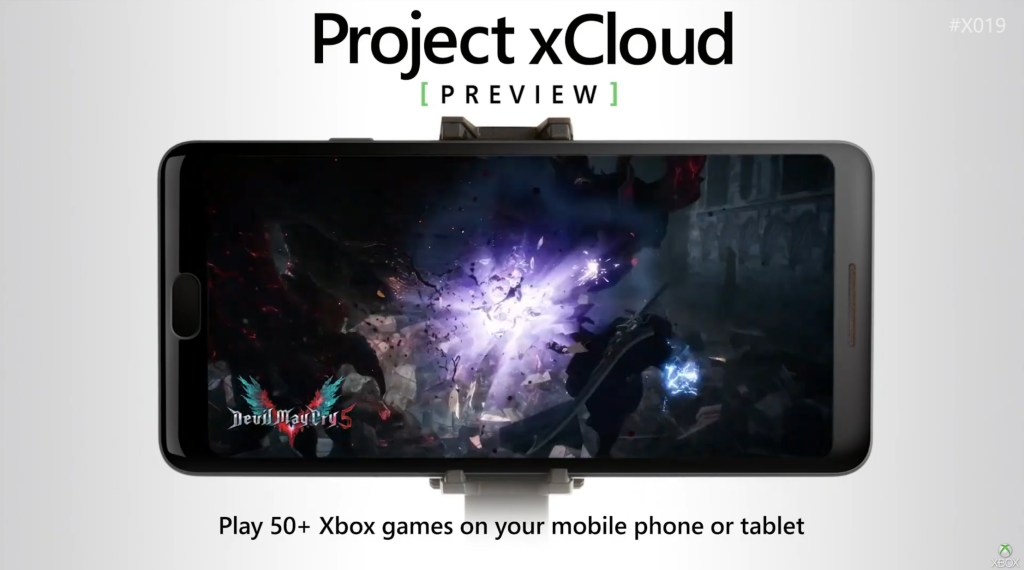 Above: Project xCloud is Microsoft’s way of bringing games to many devices.

One of the best ways to understand where the home console market is going is to look at how platform holders innovate and adapt at the end of a generation. Microsoft has been leading the charge with its Game Pass subscription program since it was announced and launched in 2017. However, the company’s big play came this year as it moved to expand to PC, while also offering a package that bundles Game Pass on both platforms with Xbox Live.

Additionally, Microsoft is tying its fledgling cloud streaming service, xCloud, to Game Pass subscriptions. At the same time, Sony remembered it had its own subscription service, bringing PlayStation Now’s pricing into line with competitors.

With aggressive acquisition efforts in full swing, more players are giving Game Pass and other services a try. And the results are bearing out the experiment. In an interview with the Sydney Morning Herald, Microsoft stated that Game Pass subscribers are playing 20% longer and trying 40% more games. EA echoed similar data, telling GameDaily this year that its EA Access subscribers play three times as many games as non-subscribers.

All of this sets up subscriptions as a key factor in next-generation plans. And while physical media isn’t going anywhere for the Xbox Series X and PlayStation 5 (much to ailing retailer GameStop’s relief), Microsoft is already signaling that digital-only hardware may play a role. The Xbox One S All-Digital Edition was clearly a pilot program for a possible iteration of the Series X that will ship without a disc drive (and lean heavily on Game Pass and xCloud).

The market wasn’t ready for Microsoft’s vision of a digitally dominated, always-online console in 2013. In the six years since, platform holders have used regular, deep discounts on digital storefronts and buffet-style subscription programs to hook players on digital purchasing. We’re not quite where Microsoft wanted us in 2013, but we’re much closer than we were.

The real magic is in how platform holders are subverting our staunch beliefs about ownership. Subscriptions, cloud gaming, and the already established live-service titles chip away at the idea that we own the media we pay for. The deal is almost too good to be true for consumers, whether they play on PC, console, or even Apple Arcade’s mobile offerings. Whether the same is true for developers is another story.

Subscriptions and cloud services consolidate power with the platform holders. Right now, Microsoft, EA, and others seem to be offering deals that are mutually beneficial. However, there are no guarantees that after the new paradigm is solidified among consumers that things will remain benevolent.

Expect subscription services to grow throughout 2020 with sweetened pricing. However, once these reach critical mass and the focus shifts from acquisition to retention, we’ll see if the value continues to be quite so enticing.

VR makes headway, but not enough to go mainstream 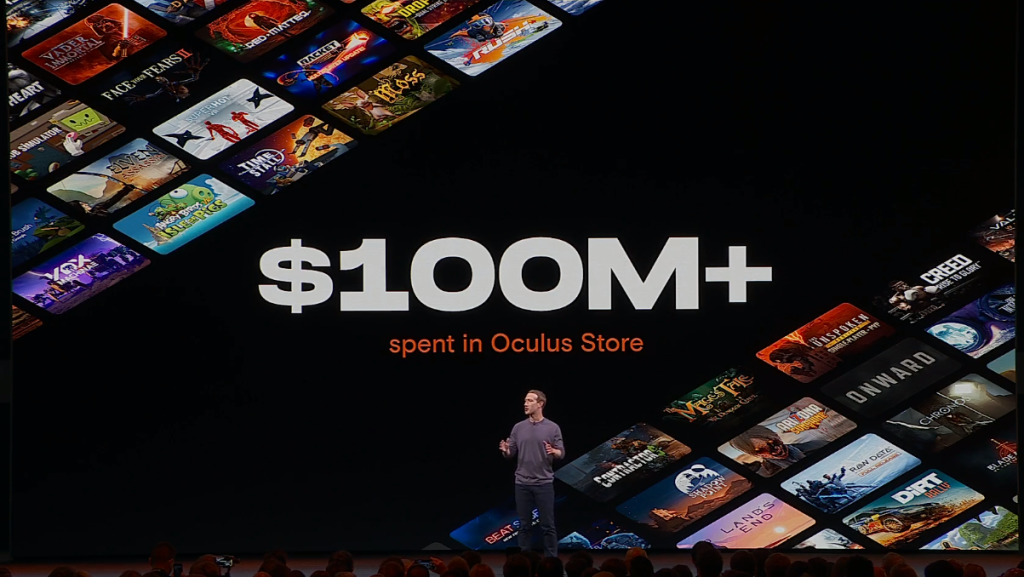 Facebook-owned Oculus is having trouble keeping up with demand for its standalone wireless Quest headset. That’s good news for a segment that has struggled to take root with consumer users since the Rift’s 2016 launch. Still, the Quest has only moved approximately 400,000 headsets since its release earlier this year, with 180,000 coming in third quarter (double Rift and Vive’s sales in the same period according to Superdata).

It’s most certainly a breakthrough device in the segment, untethering users from PCs and ensuring that there are no tripping hazards during a vigorous Beat Saber session. And now with Oculus Link giving Quest owners access to the full Rift library and hand tracking in early access, the dream of fully immersive, cable-free VR is one step closer to reality.

Still, VR hardware isn’t catching on in huge ways (at least at the consumer level). Microsoft, which originally promised a VR solution for Xbox One X, has completely backed away from the technology in conjunction with its home consoles. Sony has so far only said that the current PlayStation VR hardware will be compatible with PlayStation 5, not yet sharing whether the device will get a refresh for the new console cycle.

Those who do own headsets are purchasing games in big numbers, with software set to hit $1 billion for the first time. That’s why we’re seeing big names, including Disney, invest in VR projects for properties like Frozen and Star Wars.

Enterprise VR, on the other hand, saw big gains in 2019 as companies use the technology for training and design. That’s enough to sustain the medium, but consumer use continues to be a crapshoot, as companies like Oculus, HTC, and Valve struggle to figure out how to move headsets beyond the enthusiast market.

All eyes are on Valve and Half-Life: Alyx, the company’s flagship VR title (and the first new entry in the franchise since Half-Life 2: Episode Two’s release 12 years ago). Thankfully for those who don’t have $1,000 to spend on an Index headset, Valve opted not to tie the software exclusively to its own headset. This makes Half-Life: Alyx an important release, as some have claimed that VR has been missing a “killer app.”

We’re also looking at how Sony handles VR on the PlayStation 5. With all of the innovations in the field, it’s not enough to simply enable last generation’s headset. If the company is truly invested, we’ll see a new model with inside-out tracking and other innovations (though probably not until 2021).

VR isn’t the only path forward. Apple is rumored to have more than 1,000 people working on augmented reality glasses. Magic Leap recently launched its mixed reality headset for a staggering $2,295, as the company moves to embrace enterprise over the consumer market. The best hope for XR reaching critical mass in the new year is Oculus Quest. It’s self-contained and affordable, with a healthy library of diverse experiences. Until another player in the market mimics that blend, XR is likely to continue being enthusiast-only.