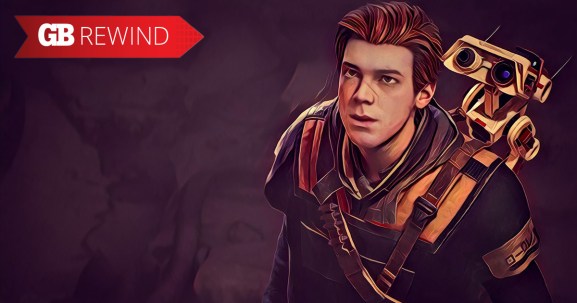 We’ve had a lot of really good years in gaming recently, but 2019 is at the top of the list for me. I get that not everyone feels that way. For me, however, I got to play so many games I was looking forward to. And then several other games caught me by surprise.

So sure, we didn’t get the Gods of War or Red Dead Redemptions, but … I don’t even like those games. What do I like? Well, how about these 20 games right here?

Goose is the breakout video game of the year. It has the most viral buzz, and that’s for a good reason: It’s fun to watch. I also enjoy playing it, but it’s significantly better as a game you play for others. It’s a joy to do something silly and make everyone in your family laugh. And Untitled Goose Game is great at creating those moments.

I’m not a Resident Evil guy. I adored Resident Evil 4 and Resident Evil 1 Remake on the GameCube, but I had never even played the original Resident Evil 2. Thankfully, Capcom gave me a chance to go back to this game in an exquisite reimagining. While I didn’t find the game all that frightening, it’s still fun to work my way through the Raccoon City police department while avoiding the indestructible Mr. X.

Ape Out is a game where you you help an ape get out. As a ferocious and unjustly imprisoned gorilla, you can smash enemies like the Hulk or use them as human shields. And your goal is just to run to the exit on every stage. But the game’s top-down view, simple art, and dynamic percussion soundtrack make it one of the most stylish games of the year as well.

I’m a fan of the recent Fallout games, but I’ve always wanted a similar game that took place in space. The Outer Worlds definitely delivers that. It might not have all of the interlocking systems of a Bethesda RPG, but it does well with its slimmer scope.

Ancestors: The Humankind Odyssey is a bizarre and challenging game. It has you guiding a lineage of primates through eons of time and evolutionary progress. If that sounds like an obtuse, high-concept idea, that’s because it is, but that’s also why I love it.

A Short Hike is exactly what its name suggests. It’s a short game where you hike through a woodsy terrain. But it is so charming and packed with different little things to do that it feels much bigger than its 2-hour playtime. I also love the charming, aliased visual style that is like Animal Crossing on PS1.

I haven’t played enough Disco Elysium to put it much higher on my list than this. But even after only a handful of hours, I can see why people are so enamored with it. Its reactive world is always aware of the context players are working from. And its mystery is genuinely interesting. But the best part is the conversation system where almost all of the game happens. Even as someone who has never really gotten into an RPG like this, it’s winning me over.

Shovel Knight is such an accomplishment. Developer Yacht Club Games has packed it with tons of content. And King of Cards is the exclamation point on years of work. This is a completely new release, with excellent platforming mechanics and a full card game. I haven’t finished it, but I keep sneaking in more time with it when I should be playing other games.

Tetris continues to prove itself as one of the most resilient games of all time. It can come back year after year, and it did just that with Tetris 99. Despite Tetris Effect ending up on my list last year, Tetris as a battle royale was just as fun and impressive. I’m probably going to play different versions of Tetris for the rest of my life, and I’m OK with that.

11. The Legend of Zelda: Link’s Awakening

The Legend of Zelda: Link’s Awakening for Game Boy is my favorite game of all time. That makes this near one-to-one remake for the Switch difficult for me to assess. It’s still that game with some new visuals and an improved interface. And while it’s dense with discoveries, it is also simple. I also can’t help that I prefer the look of the original black-and-white game. Still, I played through this version back-to-back when I got it for review, and it’s still excellent. It’s also the first Zelda I would give to any kid looking to get into the series.

Factory Town was an obsession of mine this year that I wish I could have given into more than I did. This is just one entry in the growing automated-production genre where you must design a world to process resources into currency you can spend to expand your processing capabilities. You have a lot of options in this category, but I’m glad I went with Factory Town. It’s in 3D, so you have to deal with elevations. But it’s also streamlined enough that I felt like I could always deal with any issues. And now I want to go back and check on my town.

Trials Rising is exactly what I want from the motorcycle-platforming franchise. It has excellent courses that are exciting to run over and over, and it has a wild and irreverent tone and sense of humor. It definitely has some issues with progression that are going to turn a lot of people off, but it’s a game I’m still going back to regularly as a Trials fan.

8. Bloodstained: Ritual of the Night

Bloodstained came out, and it is great. This is Castlevania: Symphony of the Night spiritual successor from former Castlevania director Koji Igarashi, and it lived up to that legacy. It has fun, fast-paced combat, great exploration, and a bizarre roster of enemies.

I wish Nintendo would’ve released this earlier in October. It came out on Halloween, and I didn’t have time to play it. And then suddenly it was November, and the timing didn’t feel right. But I’m playing through it now, and I’m enjoying it. That’s the right word, too. It is nice to play with really satisfying vacuuming action and incredible animations. But I hope that I end up loving it.

Super Mario Maker 2 should be higher, but Nintendo is not great about some key things. Mostly, it doesn’t integrate your Switch friends list to make it easy to track your friends’ creations or their leaderboard times. But the game is still excellent — especially after its most recent update to include Link. That completely changes how the game works. I’ve also had a great time racing against people in the Vs. mode even if I’ve had little luck winning.

This is the game that got me into From Software’s style of punishing combat. It took a while to win me over, but it did. I love its battles that force you to get creative with attacks and items. And I also love its world and grim characters.

Lonely Mountains: Downhill is exactly the kind of game I want to discover when I open up Xbox Game Pass. It’s a game about guiding a bicycle through a hilly obstacle course. And while it starts out laid back with the goal of just getting to the bottom, it quickly turns into a significant challenge where you need to get to the bottom as quickly as possible without wiping out too often. This leads you to searching out the plentiful shortcuts, which is a satisfying experience in itself.

Star Wars Jedi: Fallen Order is exactly my kind of game. I jive with all of Respawn Entertainment’s design decisions. And then the studio also nailed the implementation of the Star Wars universe.

The game is an expert combination of Dark Souls combat and progression, Metroid Prime environments and exploration, and a sprinkle of Uncharted set pieces at the beginning and the end. And all of that worked for me. I especially love slowly pushing through a world, getting a new power, and then having an easier time working my way back out. And I am so impressed by the boss fights that always find a way to stay interesting and push the story and state of the world forward.

And then I totally fell in love with the characters. I especially appreciate the relationship between hero Cal Kestis and the Nightsister, Merrin. That friendship/budding romance was handled deftly and has me rooting for Cal, which is not where I thought I was going to end up when his adventure started.

Respawn nailed this game, and I am desperate to see a sequel.

I’ve gone back and forth about placing it as my No. 1 of the year, and I may regret leaving it at No. 3 once I actually publish this list.

I’ve played Fire Emblem: Three Houses for 90 hours. That’s for one playthrough. I guess some of that is idle time, but not much. Still, I think it’s a testament to how engaging that game’s characters, writing, and tactical battles are. I don’t have time to play games for 90 hours, and yet Fire Emblem proves that I still will for the right game.

This is another game that could easily end up as my No. 1 of the year.

Outer Wilds was such a surprise. It’s a game that is technically only 22 minutes long. But you’ll repeat those 22 minutes over and over until you discover all of the secrets contained within its clockwork solar system. When I look back, it’s amazing how many moments left me astonished and in awe.

At its core, Outer Wilds is a game about learning rules and then deploying that knowledge to solve larger and larger puzzles. Eventually, you will know enough to go from the beginning of the game to the end before your 22 minutes are up. And along the way, you’ll jump across the surface of the sun, ride debris beyond a planet’s atmosphere, and travel through a wormhole.

Outer Wilds is good enough to be my game of the year, but I had a pretty rough experience getting through the end. It was not a game I could play uninterrupted due to my many children, and that made it difficult to keep all of its secrets in my head at once. So I had to turn to guides for help enough that I didn’t get to experience the “aha!” moments for myself. I’m not gonna hold that against the game — except for on my personal GOTY list.