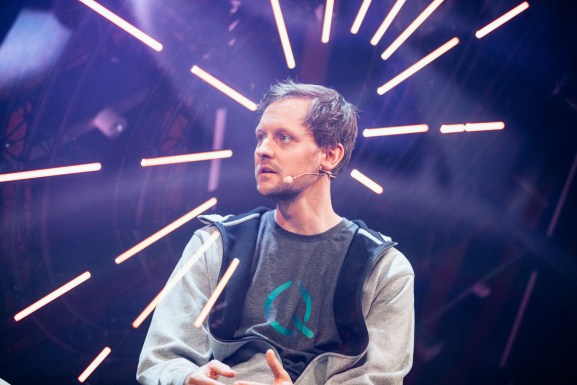 As quantum computing gathers momentum, a global race to lead development of the next-generation technology is being driven by economic and security concerns. While China and the U.S. are making big investments, the founder of a Finland-based quantum computing startup is convinced Europe can compete with both giants.

Dr. Jan Goetz, CEO and cofounder of IQM Quantum Computers, said Europe’s strong research sector is creating a wealth of talent that attracts investors. While the region has struggled to take the lead in new technologies, Goetz argues that the science and research needed to power quantum breakthroughs plays to Europe’s strengths.

“This is a very big chance for Europe because the money typically goes to where the good people are,” Goetz said. “And as this field is now emerging from the academic sector into the commercial sector, the money goes to the best research teams in the world. And Europe really has the world’s leading research teams.”

Goetz spoke to VentureBeat as part of a podcasting partnership with Samsung Next at the recent Slush technology conference in Helsinki, Finland. The full conversation can be heard here.

But Goetz said these numbers don’t paint the complete picture. In the U.S., quantum technology is being led by Google, Microsoft, and IBM, none of which need venture funding. And last year President Trumped signed the National Quantum Initiative Act to support basic research.

China is seen to be lagging, but its national government is also pumping huge resources into the technology, including spending $2.5 billion annually on quantum research, with plans to open a $10 billion National Laboratory for Quantum Information Sciences next year.

These efforts have taken on greater urgency as researchers project that computers are reaching the physical end of the period during which processing power doubles roughly every 18 months. This break with Moore’s Law would severely cramp advances in areas such as autonomous vehicles and personalized medicine, which are going to need vastly greater computing power to realize their potential and manage the massive data they require.

Currently, the typical computer uses bits that can be in one of two states: open or closed, zero or one. These bits travel in electrical circuits controlled by transistors. The hope is that quantum computers will remove such physical roadblocks. A quantum computer works by manipulating atoms and putting them into a “quantum state.” These systems can exist simultaneously in several states, allowing for greater computing complexity than the current binary states permit. Thus, “quantum bits” or “qubits” will eventually be able to perform infinitely more complex tasks.

Beyond its potential to revolutionize business and service sectors, quantum computing carries political overtones because it has the potential to render current encryption and cybersecurity standards obsolete.

“There are a lot of nervous people on a very high political level,” Goetz said. “We already [see] export regulations from the U.S. on some of the components, even though there is no market at the moment. They don’t even deliver it to Europe anymore. And the Chinese are ramping up a lot of their programs in the big companies. So there is this kind of fear that if we are missing this train, and if you don’t have access to the technology, then we are really missing a key piece of modern technology.”

IQM is hoping to be one of the companies that makes Europe a leader in quantum computing. The company evolved out of research being done at VTT University and Aalto University, located in Espoo, Finland. Both institutions are at the center of the country’s push to connect its science to entrepreneurship. This is part of an ongoing shift in Europe, where commercialization of academic research has lagged compared to the U.S.

Goetz came to Aalto from Germany to do postdoctoral work. But he stuck around after seeing that Finland has become a center of quantum research. Efforts include work being done at Aalto’s Center for Excellence in Quantum Technologies, which has about 110 people.

“This is really one of the leading places globally for quantum technologies,” Goetz said. “This is nothing that you do overnight. This was strategic thinking from the university professors, but also from politicians to identify quantum as maybe one of the next big things and then systematically [fund] this.”

IQM is a spinoff from that program. Goetz said the team made breakthroughs on the physical side in terms of stabilizing quantum interactions but also by using microwave technology to better control the circuits for quantum processing. On the software side, IQM has sought to simplify algorithms so they make fewer demands on the hardware.

Back in July, the company raised $12 million in seed funding to begin building commercial versions of the quantum computers it has developed. IQM has 25 employees and hopes to grow to 40 by next year, matching the size of Google’s quantum team, Goetz said.

Those team members have come from the U.S. and Australia, and from ETH Zurich, another European hotspot for quantum academic research. IQM is in talks to sell its initial quantum computers to supercomputing centers, Goetz said, where they will be ideally suited to help industries like pharmaceuticals and transportation solve massively complex problems. Companies in these sectors have already created small quantum teams to better understand the implications of the technology and to begin developing the talent and resources needed to leverage it.

Despite what feels like an acceleration this past year, it will realistically be several years before quantum computing moves beyond pilot projects to become commercially available on a large scale, Goetz says. But as the technology gets into more hands, he expects the number of use cases to multiply quickly.

In the meantime, there is still a tremendous amount of work to do before quantum computers become standard. To that end, Goetz said the nascent quantum industry still feels more collegial than competitive, with researchers building on each other’s works.

“At the moment, I think we shouldn’t see it so much as a competition, because there is no fully functional quantum computer out there,” Goetz said. “I think we all have the common goal [of] building one. And we have enough technical challenges … to solve before we start thinking [about] who is our main competitor.”