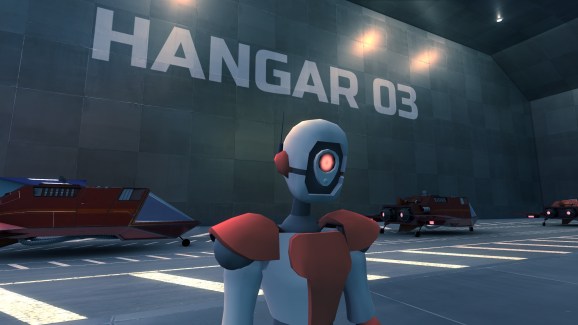 Vertigo is a popular VR game from 2016, and Zulubo Productions’ Zach Tsiakalis-Brown said it will get a remaster and release with updates and assets from its upcoming sequel, Vertigo 2.

Speaking on Twitter, Tsiakalis-Brown said Vertigo Remastered is “a complete overhaul of the 2016 title utilizing modern tech, brand new systems created for Vertigo 2, updated level designs, enemies, and bosses.” He made the announcement with 10 minutes of gameplay footage. The original game is currently available on Steam for $15 and supports HTC Vive, Valve Index and Oculus Rift.

Tsiakalis-Brown also confirmed that owners of the original version of the game will be able to play the remaster for free.

In UploadVR’s review of Vertigo back in 2016, we called it “a decent stab at an indie Half-Life” in VR. Following on from the first game, Vertigo 2 is the proper sequel to the original. The sequel is also available to wishlist on Steam already, with a planned 2020 release window on PC VR. There is also a demo available on the Steam page for Vertigo 2 and it looks to be righting some of the niggles we had with the original Vertigo. While we hesitate calling a game that’s only three years old a “classic,” VR development evolves so rapidly that games even a few years old can feel outdated without significant updates. So it is great to see that the remaster will benefit from and implement improvements made for the sequel.