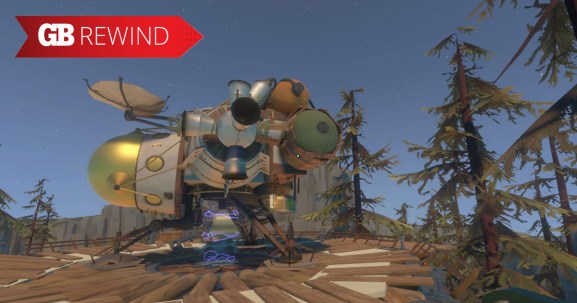 The best game that did something new.

Outer Wilds delivered one of the freshest gaming experiences of 2019. It’s about a solar system-spanning mystery, and you don’t unravel it through combat or increasing your character’s abilities. Instead, you work through the challenge by learning for yourself how its universe works.

The pitch for Outer Wilds is that it’s like Groundhog’s Day in space. Its clockwork solar system runs on a 22-minute loop. And when you reach the end of that, the star goes supernova, and you reawaken back at the start of the loop.You can then jump back in your rickety-yet-reliable spacecraft and blast off to try again. Only, what is it exactly that you are supposed to do in Outer Wilds? The game doesn’t give the player any explicit goals. It focuses instead on giving you a series of intriguing threads to pull on. And that leads to a series of astonishing and unforgettable moments.

What is Outer Wilds? The most obvious of those is what looks like a shooting star that blasts off in a random direction every time your character opens their eyes at the start of a loop. As I pulled on these threads, I discovered intricate and intertwined each mystery is. They each cascade into one another, and the adventure of the game is working backward like a detective to deconstruct how everything went down.

And what really makes Outer Wilds work is just how vibrant and alive it feels despite how empty it is. It has multiple, mostly dead planets. I never got into a fight with an enemy or any of the local fauna. And that might make the game sound like an inert diorama. But instead, it feels like a living crime scene where you are the lead detective. Outer Wilds is doing so much unique and new, that it’s easily my pick for freshest gaming universe of 2019. I hope we get more like it soon.