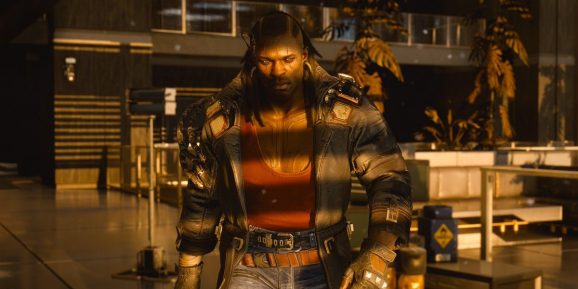 The realistic lighting and shadowing capabilities of advanced ray tracing are demonstrated in Cyberpunk 2077.

Apple sent Imagination Technologies’ stock into a tailspin when it decided in 2017 to end its licensing contract with the storied British graphics chip maker, a process that was expected to cut Imagination intellectual property out of Apple products by 2019. As A-series CPUs and GPUs have grown to rival Intel’s mobile chips in performance, Apple apparently determined that it didn’t need Imagination innovations to keep moving forward. As a direct result of Apple’s decision, Imagination lost some of its GPU engineers, disposed of its MIPS CPU division, and ultimately sold its remaining business to a Chinese private equity company at a loss compared with its prior value.

But as 2020 kicks off, Imagination unexpectedly announced today that Apple has signed a new multi-year licensing agreement — a deal that is deliberately being left ambiguous in the company’s press release, but will likely wind up being extremely important to upcoming Apple devices. Under the new agreement, Apple will gain “wider range” access to Imagination’s IP going forward, and since the British company’s most significant new IP focuses on a realistic graphics technology called ray tracing, it’s highly likely that Apple plans to add ray-tracing capabilities to its chips in the foreseeable future.

If you’re not familiar with ray tracing, now’s the time to read up on GamesBeat’s excellent coverage of the next-generation rendering technology. In short, ray tracing enables computers to render graphics with ultra-realistic lighting, reflections, and shadowing that mimic rays of light as seen by the human eye. Nvidia brought ray tracing to PC GPUs in August 2018, and 10 months later, PC software was making good use of ray-tracing abilities. Ray tracing hit select laptops in mid-2019, and the technology is expected to be a major feature in Sony’s PlayStation 5 and Microsoft’s Xbox Series X game consoles later in 2020.

Ray tracing’s next move will be mobile chips. Last May, I flagged the technology’s potential appeal to Apple when Imagination began promoting its mobile ray-tracing system to competitors, promising a highly power-efficient solution that could work inside pocket-sized devices. As I said at the time, augmented reality will be a key beneficiary of mobile ray tracing: “Wearing a pair of AR glasses or looking at a screen, you could walk around virtual objects that appear to be completely real — down to the way they reflect or absorb light.” With proper programming, ray-traced virtual cars could even reflect the physical showrooms where users are viewing them through AR glasses, seamlessly mixing CG and real elements. Ditto on ray-traced virtual humans.

Imagination isn’t the only company working on mobile ray tracing — Apple’s biggest mobile chip competitor Qualcomm was openly hiring ray-tracing engineers back in 2018, and Apple has been looking, too — but the British company appears to have a lead in making the feature pocketable. It has apparently been developing its system for eight years, and plotted a course for mobile ray tracing that works on device, but could enhance visual quality using 5G and edge cloud processing. As of last year, Imagination expected the technology to become commercially available early in the 5G era … if companies licensed it. At that point, the GPU maker was in talks with an “interesting pipeline of companies” to that end.

As Qualcomm noted during its deep-dive discussion of the Snapdragon 865 last month, every new system-on-chip goes through a multi-year design, engineering, and manufacturing process, such that any chipmaker interested in including a mobile ray-tracing solution in 2020 would likely have needed to have the technology nearly finalized in 2017. If Apple was just getting started with the “wider range” of Imagination IP in 2020, it could take a few years before ray tracing makes its way into its mobile devices.

But there’s a good chance that both Apple and its competitors were already evaluating and working on solutions before this agreement was signed. It’s entirely possible that there will be first, second, and third generation mobile solutions with varying levels of performance and fidelity, beginning with larger phones and tablet-sized devices before shrinking down into smaller phones and glasses. In any case, keep your eyes open — this exciting new graphics technology could be in your pocket or glasses sooner than expected.