Since Alex Cho took over as president of HP Personal Systems about 18 months ago, HP has been sparring with Lenovo for the title of the world’s No. 1 PC maker. At the moment, the latest numbers at the end of the third quarter of 2019 showed that Lenovo had 24.7% of the PC market, while HP had 22.4% with 14.6 million PCs sold.

But Cho said in an interview with VentureBeat that HP is focused on profitable growth. And he is also focused on how the market is changing and users are making different kinds of demands on their computers. Content creators are growing fast, and they’re the kind of people who invest in heavy-duty PC systems.

These users aren’t going to do their work on a smartphone, and that goes for a lot of people who are part of the smartphone generation, Cho said. That’s good for the PC.

I talked with him about HP’s lineup of new products at CES 2020, the big tech trade show in Las Vegas this week, as well as his thoughts on the future of computing. We also talked about the resurgence of Advanced Micro Devices in the past year, with its Ryzen-based processors that are taking the speed crown away from market leader Intel, which has had a hard time keeping up with demand. 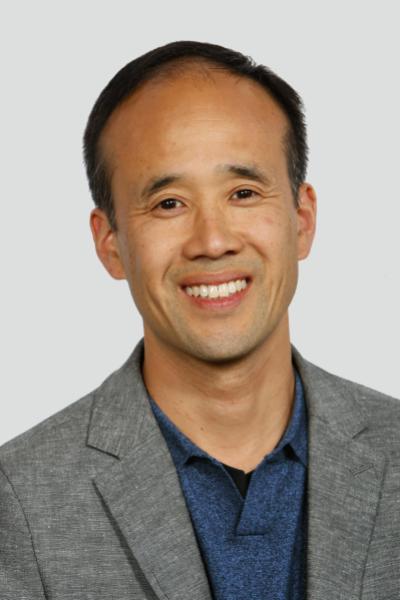 Above: Alex Cho is president of HP Personal Systems.

VentureBeat: What is new among PC buying habits?

Alex Cho: I wanted to give you a summary of how we see things going forward, which is the context within which you’re starting to see our latest announcements. We’re very energized by what we’re seeing as we look forward. The PC is becoming increasingly relevant, particularly for the next generation of customers.

In the last few years we’ve spent a lot of time studying millennials. We’re studying all segments, but we’re also looking at the next generation, including Gen Z. Their usage on PC, time spent on PC, is growing above millennials. That’s always a good grounding trend. On top of that, what’s relevant from the compute side — this next generation is using the PC for higher engagement, higher-value activities.

We’ve been tracking three main areas. One is around creation, people using their PCs for anything from video to photography, any creative applications, both professionally and also for the non-professional. We’re looking at data around video blogging growing at a significant rate. In China the number of video bloggers already outnumbers the total population of the U.S. There’s a lot happening on the PC around all things creative.

Second is what we call consumption. That might be the world of watching Netflix or Amazon on your PC or compute device, as well as gaming. We talked about gaming last year. Gaming continues to be an ever-expanding PC-based usage activity. Then the third is continuing to grow in collaboration. People are very familiar with using Facetime and doing more on these PC-based devices.

For us, that overall — more eyeballs on PCs, higher engagement area — it just leaves us with a very energized view as we look forward around this entire category. How innovation can really help accelerate and build more value for customers, as well as what it means for us going forward in terms of growth.

VentureBeat: Not so long ago, everyone seemed to be predicting that the smartphone generation would only do things on mobile and wouldn’t use PCs so much. It seems like there’s a bit of a surprise result there. It makes sense that something like streaming video would be one reason. Are you surprised yourselves that the data shows the PC holding up?

Cho: I don’t know about surprised. If you surround yourself — if you look at the progression of the dialogue around the PC, a few years ago people were asking if the PC was dead. We clearly didn’t think so, as the performance of the industry in the past few years has shown. We do a lot of work around insights, following customers, and seeing that there are very unique experiences that people want more of, and that we can innovate for.

It’s less of a surprise, then, but it’s great reinforcement. It helps to substantiate where we’ve been making investments, knowing earlier some of these signs and areas where we believe that computing will add more value. Going forward, we see that compute architectures continue to evolve. It’s going to open up new areas for solutions that will be, in my mind, really breakthroughs.

If you look at our strategy, we divide it into three buckets. One is, we’ll continue to reinvent PC experiences around all of these areas people are spending more time on. Second, it’s around designing for the total experience. If you think about the contributions and the more immersive experiences that we can enable, you start with accessories and displays and broader ambient computing types of opportunities. The ability to deliver a total experience is very attractive. Third, it’s about getting into and continuing to grow services and solutions where all of these new compute models and a lot of data and AI is allowing us to deliver more value to our customers. We’re very bullish on what all of that means for the industry.

To be honest, it’s great to see the response, even in the short term, to the innovations we’ve been publicly releasing, and what we have planned for the next year. We’re super fired up as we go forward. 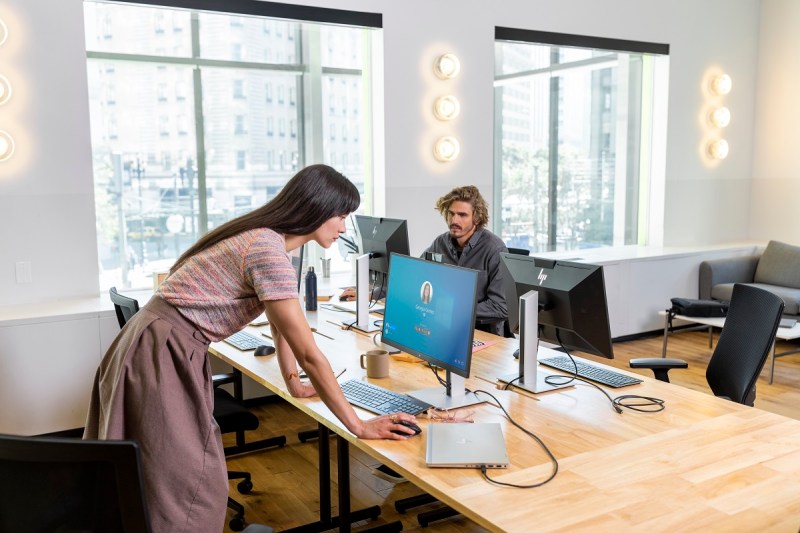 VentureBeat: I was curious about where you’ve landed this year on the No. 1 or No. 2 rank for 2019. I know Gartner and IDC always have their own opinions here. But what do you find this year?

Cho: We stay very focused on playing our game. I say that because we might go between number one or number two. But our strategy is around, at least from the HP side, driving profitable growth. We’re looking at, as I mentioned, reinventing PC experiences and delivering more immersive experiences, getting into services and solutions. It’s far less purely unit share dependent.

FY19 is a great example. In a period of very challenging CPU constraints, all of the mid-shift has been very favorable to us in terms of delivering operating profit growth. That’s right on strategy for us. There’s not a unit share goal. But that being the case, we still have a lot of scale, and we continue to stay in leadership.

VentureBeat: How would you characterize the parts of the market that are doing well or growing, whether it’s territories or types of machines?

Cho: That’s exactly where we’re focused. I’ll highlight a few, breaking them up into areas I mentioned where there’s increasing engagement.

Let’s just look at the whole create space. I mentioned the growth of creation on PCs, whether it’s professional people, professional creatives, or other people creating on their PCs. We’re very excited about this. Being able to create, providing a platform that facilitates people expressing themselves in creative ways, it’s such an energizing area of innovation. We’re very focused on that. Sixty-one percent of Gen Zs use their PC to create in some form. You see it in the professional segment, but also in a broad base.

When you look at the types of device solutions out there, you have several of our workstations. You look at our NV line. You look at what we’re doing around our Spectre products, particularly the larger 15″ area we announced. If you look at our devices that are more peak for enabling people to create, whether it’s video or 2D or 3D, those are growing in double digits off a small base. They’re still less than 10% of our mix, and growing double digits. That’s one example.

The second example I mentioned is consume, whether it’s media content or gaming. The x360 form factor is one that continues to be among the most attractive for those who are heavily into media consumption, as well as our gaming products. Both of those segments are growing in double digits. Third, I mentioned collaboration. Collaboration is one that happens in not just official meeting rooms, but in public places, huddle rooms, and so on. Our devices have peak conferencing solutions, as well as Sure View. Our data shows that people who are collaborating in public places a lot, they resonate very much with our Sure View integrated privacy panel. Our Sure View enabled units are growing double digits as well.

Those are some of the areas that are tied to larger trends, where we have some unique differentiation and innovation. We’re continuing to grow quite well. We have actually very balanced growth across all regions around the world.

This is all built around the theme of computing continuing to be more relevant. As that happens, one of the big visions we have is we believe that compute should adapt to people’s needs. No longer do people need to adapt to compute. We believe in adapting computing and how we innovate for people, to give them more freedom in how they compute. That’s a key direction for us.

We’ll be announcing, as you know, a 5G convertible, taking our Dragonfly and giving them all the flexibility of that worldwide convertible, less than 1 kilogram connected, as well as continuing to innovate in our areas of sustainability and enabling these devices to be not only secure, but well-connected and with 90% recycled materials. We also announced a lot of horsepower in the areas of creating content and consuming. Our 15″ Spectre is the most powerful Spectre convertible out there, with the longest battery life. We’re also announcing the world’s first and widest 4K all-in-one with RTX, so that people can really create on these devices in whatever environment. We’re announcing the ability to work from wherever and to quickly connect on our devices through the world’s first docking displays.

Across all of this is the theme of continuing to enable sustainability with our whole series of recycled laptops. As I mentioned, we’re taking the world’s first laptop with ocean-bound plastics and adding even more to that through recycled materials on a broader basis with that product.