Nvidia made a number of announcements at CES 2020, the big tech trade show in Las Vegas, to push forward technology for monitors, realistic games, and RTX graphics computers in more shapes and sizes.

At the show, LG is announcing this morning that 12 of its organic light-emitting diode (OLED) televisions will use Nvidia’s G-Sync technology, which makes monitors faster and more efficient. The displays range from 48 inches to 88 inches.

Nvidia CEO Jensen Huang isn’t giving a keynote speech this year at CES 2020, the big tech trade show in Las Vegas this week. But that doesn’t mean Nvidia isn’t doing anything new in gaming or graphics. Last night, Nvidia announced it teamed with Asus to create a 360Hz display — the Asus ROG 360 — for esports players that is six times faster than standard TVs and gaming monitors.

Nvidia’s Jason Paul, vice president of GeForce platform marketing, said in a press briefing that the 24-inch monitor is in the world’s fastest display. Nvidia said there are now 65 G-Sync monitors in the market, nine G-Sync Ultimate high-end monitors, and 90 G-Sync compatible monitors. That’s quite an ecosystem.

Nvidia is showing two G-Sync Ultimate displays from Acer and Asus. These feature full-array direct backlight Mini-LED technology with 1152 zones and 1400 nits brightness. They run at up to 144Hz at 4K resolution.

Nvidia said that gaming laptops were a $13 billion business in 2019, or triple the size it was in 2014. During that time, the laptops became half as thick, dropping from 38 millimeters thick to 18 millimeters thick. Part of that is thanks to Max-Q, an Nvidia technology to lower the power consumption of Nvidia-based laptops. More than 140 models are powered by Nvidia’s Turing GPU architecture, and 60 models use Max-Q.

First introduced in 2013, G-Sync introduced Variable Refresh Rate technology that eliminates screen tearing by synchronizing the refresh rate of the display with the GPU’s frame rate.

Gamers will enjoy the fast response time and ultra-low lag of these displays running at up to 144Hz at 4K. Nvidia said that RTX laptops are available for as low as $1,199.

Today, Bethesda is issuing a patch for Wolfenstein: Youngblood that will bring RTX real-time ray tracing to the title launched last summer. It now supports more realistic graphics such as ray-tracing reflections and DLSS (which uses AI to fill out a scene more quickly and with better quality). The update is available as a free downloadable patch starting today for gamers with a GeForce RTX GPU.

In addition, Nvidia said its Game Ready Drivers now make it possible to set the max frame rate a 3D application or game can render to save power and reduce system latency. It also includes the VRSS feature described below for virtual reality games.

In addition, the drivers delivers a Freestyle splitscreen filter that lets you showcase screenshots or videos on a side-by-side or blended fashion. It has better image sharpening, and adds support for more displays.

A total of 14 hardware makers introduced new RTX Studio systems at CES 2020. HP, for instance, introduced the Envy 32 All-in-One with GeForce RTX graphics, configurable with up to GeForce RTX 2080. It is built for content creators and artists, with a 32-inch display, and it’s the first RTX-based All-in-One computer.

Acer has three new systems from its ConceptD line. And ten other system builders across North America, Europe, and China all now have RTX Studio offerings.

These RTX Studio systems adhere to stringent hardware and software requirements to empower creativity at the speed of imagination. They also ship with NVIDIA’s Studio Drivers, providing the ultimate performance and stability for creative applications. 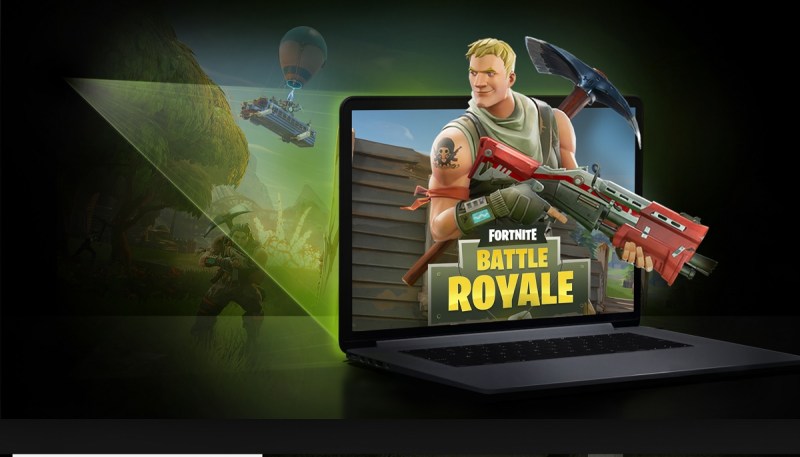 Nvidia said that 300,000 gamers are helping to test the GeForce Now cloud-gaming service every month. They have streamed more than 70 million hours of games in the past year in 30 countries. GeForce Now is a data center-based technology that streams high-end games in video form to just about any display. Nvidia has teamed up with companies such as Tencent to launch the service around the world.

Nvidia’s new VRSS increases the shading rate in the center of VR displays where the player is looking. It uses Turing’s Variable Rate Shading, which improves image quality while maintaining the max VR frame rate of 90 frames per second.