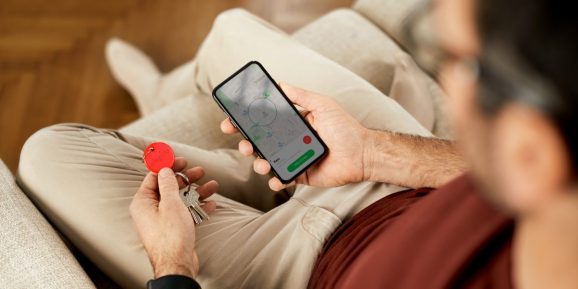 Finding lost bags, phones, and wallets doesn’t need to be a time-consuming chore. Bluetooth trackers from the likes of Tile, TrackR, and Honey help pinpoint items in seconds flat. Slovenia-based Chipolo is another tracker manufacturer, and a top-selling one to boot, according to Amazon. Like clockwork, ahead of of the Consumer Electronics Show (CES) in Las Vegas, it has unveiled a new product — dubbed Chipolo One.

The coin-shaped One — which comes in six colors — features a button that doubles as a camera shutter and notifications that alert owners when the tracker leaves a geofenced area. (Existing Chipolo Card owners will get the out-of-range feature via a software update, the company says.) The One’s speaker reaches up to 120 decibels, and its replaceable battery lasts a quoted two years. Via the Chipolo app, a registered unit can be shared with as many friends and family members as desired and its locations recorded.

As with all supported Chipolo products, missing One trackers can be marked as such within the Lost & Found Network, a community of customers who voluntarily share their connections to spotlight the location of misplaced items. The One is voice-controllable, with support for Google Assistant, Alexa, and Siri — meaning you’re able to ring it using your voice. It’s available from today and starts at $25. 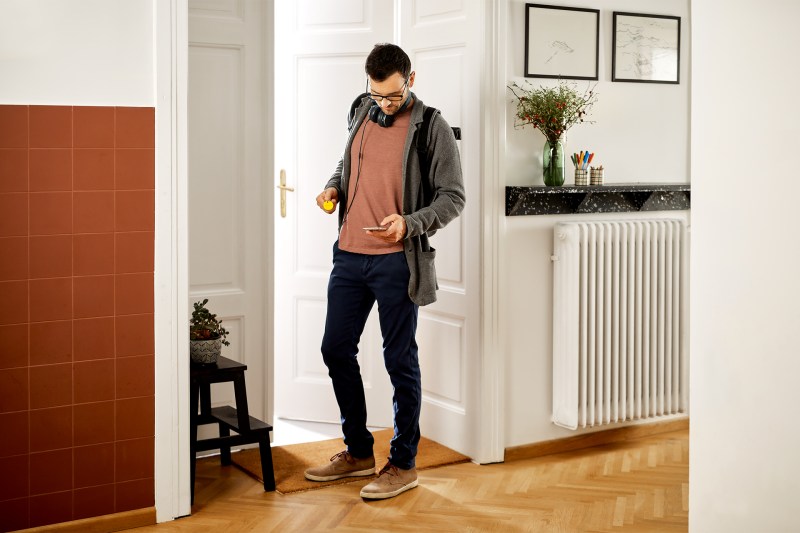 “The ring tone is louder, which is especially useful if your item is buried under other things, in another room, or in a noisy place, and the free out-of-range feature is to show how committed we are to providing value-add services without premium subscription fees,” said Chipolo CEO and cofounder Primož Zelenšek in describing the One. “We are the only Bluetooth tracking company to offer this on top of all our other services. Furthermore, we have partnered with several lost and found communities, like Milwaukee, 4iii, Noodle, and Wistiki to advance our Lost & Found Network. Our Bluetooth technology and hardware can be easily integrated into any product and is the ideal tool for anyone requiring an inexpensive, simple, and effective item-finding and reminder tool.”

The One follows on the heels of the Chipolo Go, which combines Bluetooth, Wi-Fi, and LTE to create an ultra-robust tracker with a battery that promises to last six months on a single charge. The Chipolo Dot — a replacement for the Chipolo Plus — launched alongside the Go, with a rechargeable battery that promises three years and a water-resistant housing (as well as a built-in LED and speakers twice as loud as those on the Plus).

“We are building products to give each item the power to be found, making people’s lives easier and supporting them in an affordable, collaborative manner,” added Zelenšek. “We know from our community that the most misplaced items are extremely valuable wallets, keys, and phones; this is why we have updated our product line to enhance the features we offer our customers.”