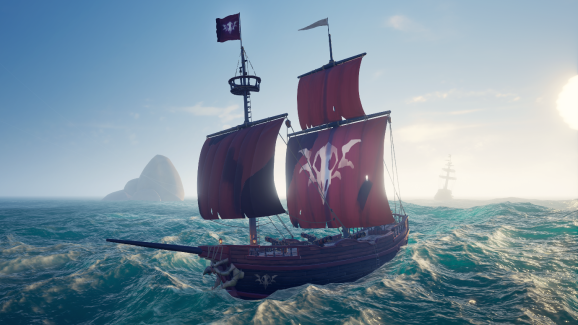 The new Brigantine ship that Rare designed for three-player crews.

Rare executive producer Joe Neate announced today that Sea of Thieves has had over 10 million players.

Sea of Thieves released in March 2018 for Xbox One and PC. The online multiplayer games has players working together as pirates who sail ships and hunt for treasure.

10 million players does not mean 10 million games sold. Sea of Thieves is available through Game Pass, Microsoft’s subscription service that gives access to a library of games, including Xbox exclusives like Sea of Thieves.

Still, it’s an impressive number, and it’s hard for even free games to attract that many players. It helps that Rare has been updating Sea of Thieves regularly with new content.

It’s next update, Legends of the Seas, comes out for free on January 15.