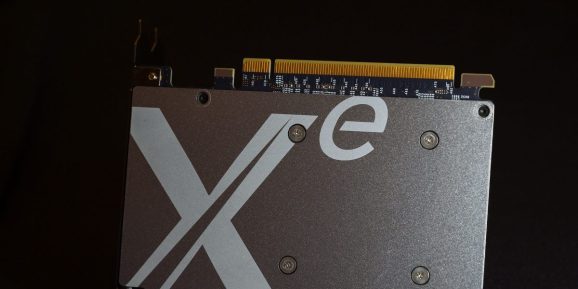 Details about Intel’s Xe graphics platform continue to trickle out, albeit slower than we’d like. During a web briefing with reporters yesterday, Intel reiterated that Xe is shipping in three flavors — Xe-LP, Xe-HP, and Xe-HPC — targeting use cases like machine learning, transcoding, gaming, and high-performance computing. It also disclosed a performance metric on Tiger Lake, its next-generation processor architecture, and announced the DG1 (Discrete Graphics 1) Software Development Vehicle (SDV), a Xe product in a PCIe form factor that will enable developers to optimize for both Xe and Tiger Lake.

As previously revealed, Xe isn’t a one-size-fits-all sort of deal. There’s the Xe-LP and Xe-HP, which are optimized for low power envelopes and high performance, respectively, and a datacenter and supercomputing microarchitecture called Xe-HPC.

Xe-HPC will feature high cache bandwidth and unified coherent memory, plus support for data types including INT8, BF16, and FP16 (up to a 32 times vector rate). That’s courtesy of a custom data-parallel vector matrix engine that speeds up AI inference tasks while reducing power draw, much like Nvidia’s Tensor Cores. Intel is claiming a 40 times increase in double precision floating point (a number format representing a range of numeric values) performance per execution unit — that is, the independent programmable computational units within Xe. 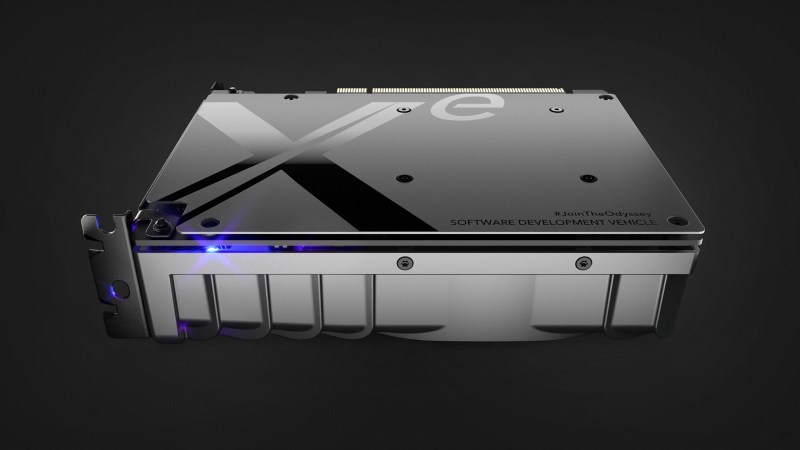 It’s a lot to keep straight, but here’s what’s important: DG1, the Xe form factor Intel revealed this week at the 2020 Consumer Electronics Show, has begun shipping to vendors globally via the DG1 SDV, which is built on Xe-LP. Intel next hopes to build Xe-HPC — code-named Ponte Vecchio — into Aurora, the supercomputer it is developing with Cray for the Department of Energy’s Argonne National Laboratory in Chicago. In the Aurora setup, Xe Link — an interconnect based on the standards laid out by the CXL consortium, whose members include AMD and Nvidia — will link six Ponte Vecchio Xe graphics cards per individual node.

Intel showed the DG1 SDV running the game Warframe but declined to reveal the game’s settings. Quite possibly, it was the same demo shown by Intel’s Lisa Pearce during the keynote on Monday, which also included a run of Destiny 2 at 1080p locked at 60 frames per second. (It’s worth noting that the keynote demo was a discrete DG1 chip inside a laptop, as opposed to a DG1 card or Tiger Lake integrated Xe graphics.)

As you’ll recall, Tiger Lake packs Intel Willow Cove processor cores and a graphics core containing up to 96 execution units, with some processors relying on a discrete DGX1. It supports PCI Express 4.0 and Thunderbolt 4 (which offers four times the throughput of USB 3), as well as LPDDR5 memory and extensions for AI model training acceleration.

Tiger Lake is slated to include quad-core 9-watt and 25-watt models, a handful of which will power the laptops released this year under Project Athena. That’s Intel’s specification requiring PCs to meet benchmarks for launching, boot time, system wake-up, power, performance, and more.

Apropos of nothing, Intel noted that it recently launched a beta program for Graphics Command Center, a console through which various aspects of the company’s discrete and integrated hardware can be customized.  It ships with a streamlined design and a help option that simplifies terms like “tessellation” and “anisotropic filtering,” as well as features like hardware-accelerated screen capture, upscaling for retro games with pixel art, combined desktop, and a shortcut to a topical Discord server.