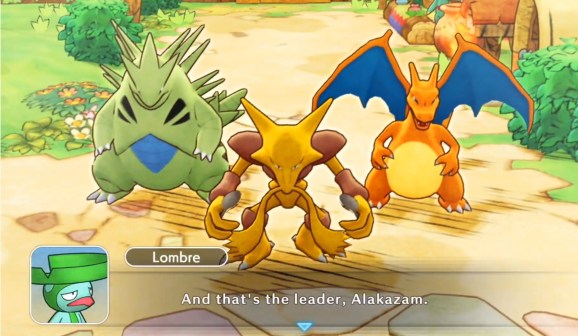 Nintendo announced today during its latest Direct broadcast that a remake of Pokémon Mystery Dungeon: Rescue Team is coming to Switch on March 6.

Pokémon Mystery Dungeon: Rescue Team DX also has a demo releasing for Switch today. Yup, today, so you can try it for yourself.

The original Rescue Team games came out for Nintendo DS back in 2006. Like the core Pokémon games, it came in two versions: Red and Blue. This DX remake will only have one version on Switch.

The Mystery Dungeon is a series that dates back to 1993. It features action role-playing game combat with roguelike systems. Rescue Team was the first Pokémon-based entry in the franchise, and it inspired four sequels.

Sadly for some Pokémon fans, this is not the remake of Pokémon Diamond and Pearl like some have hoped for. But Game Freak is keeping busy working on expansions for Sword and Shield.