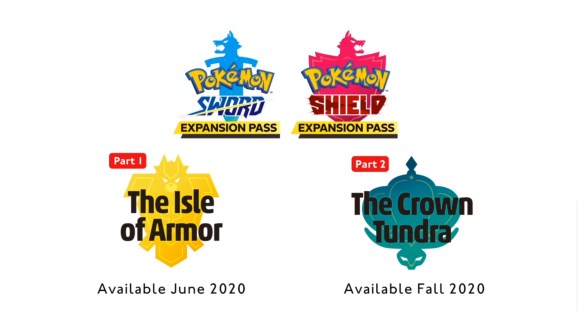 Pokémon Sword and Shield are both getting new content that will tell fresh stories set in the same region. This is a big change for the franchise, which has previously released separate games to expand on its settings. The Pokémon Sword and Shield Expansion Passes replace that with downloadable content that enable players to pick up their adventure from where they left off in the base games.

The Expansion Pass includes two new major content drops. One is The Isle of Armor, and the other is The Crown Tundra. Both include new monsters to catch as well as the return of more than 200 old favorite Pokémon. You’ll also get new character customization options and more. These new areas are seamless add-ons to the map that are similar to the wild area in Sword and Shield. The Expansion Pass is available to purchase today for $30.

The Isle of Armor comes in June. The Crown Tundra launches in the fall. Both come as part of the Expansion Pass for each game — but the Sword and Shield versions of the DLC are different and must be purchased separately.

“Until now, we sometimes released new versions of games set in the same region,” Game Freak producer Junichi Masuda said in a video presentation this morning. “This expansion pass will be different from those games. You’ll be able to set out on new adventures using the same data you’re already playing.”

This move toward an expansion model is something more major Japanese games are embracing. Like Pokémon, Monster Hunter used to release new versions of games with extra content. Capcom abandoned that in favor of downloadable expansions for Monster Hunter World. Now, Game Freak is doing the same.

Sword and Shield originally debuted November 15 for Nintendo Switch. The games set sales records for the franchise in terms of dollar sales. A large part of that is these are the first main-series Pokémon games to sell for $60 instead of $30 or $40.