Horror feels like a good fit for technologies like augmented and virtual reality, which have the potential to make dark rooms, jump scares, and scary situations more foreboding, intense, and sinister.

The horror game series has all of this, and it’s already shown that it can be scary in VR with last year’s Five Nights at Freddy’s: Help Wanted. Scottgames (the makers of the Freddy’s franchise) licensed this AR riff on its scary shenanigans to Illumix, a startup that raised $8.6 million in 2018.

At the time, GamesBeat’s Dean Takahashi reported that CEO Kirin Sinha believed Illumix’s AR tech would stand out because “it handles occlusion well, meaning that virtual objects will look more realistic against the backdrop of the real world.” So this is a test of Illumix’s tech in a young market dominated by games like Pokémon Go. (Niantic’s location-based AR game brought in an estimated $900 million in 2019 alone, according to research firm Sensor Tower.)

Now Illumix has released its first game. In Special Delivery, players have subscribed to Fazbear Funtime Service, Fazbear Entertainment’s new on-demand way to set up in-person visits from its amazing animatronic animal-people. Of course, it’s not as wholesome as it sounds, and the robot mascots get a little … dark. But fear not (or do!): Special Delivery gives you ways to deal with them — and your best defense may come from your friends.

Since we talked with Illumix after announcing both their raise and news that the company was working on a Five Nights at Freddy’s Game, I reached out to Sinha with a few questions.

This is an edited transcript of that email interview.

GamesBeat: Why get Scottgames to work on this title? While it has done Five Nights at Freddy’s games before, it hasn’t done augmented reality?

Kirin Sinha: From the beginning, we had a vision of doing a horror AR game. We felt FNAF was the right partnership to create this unique AR experience that wouldn’t be a copy of a geolocation or tabletop AR game. Part of the success of Pokémon Go was that it was able to take the collection mechanic and refresh it with geolocation. Similarly, the jump scare mechanic is something familiar to everyone and is fun to both watch and experience, but can be reinvented using AR. FNAF has had a cult following of people who have been playing and following the series for a long time, and jump scares are a big part of the franchise’s success. 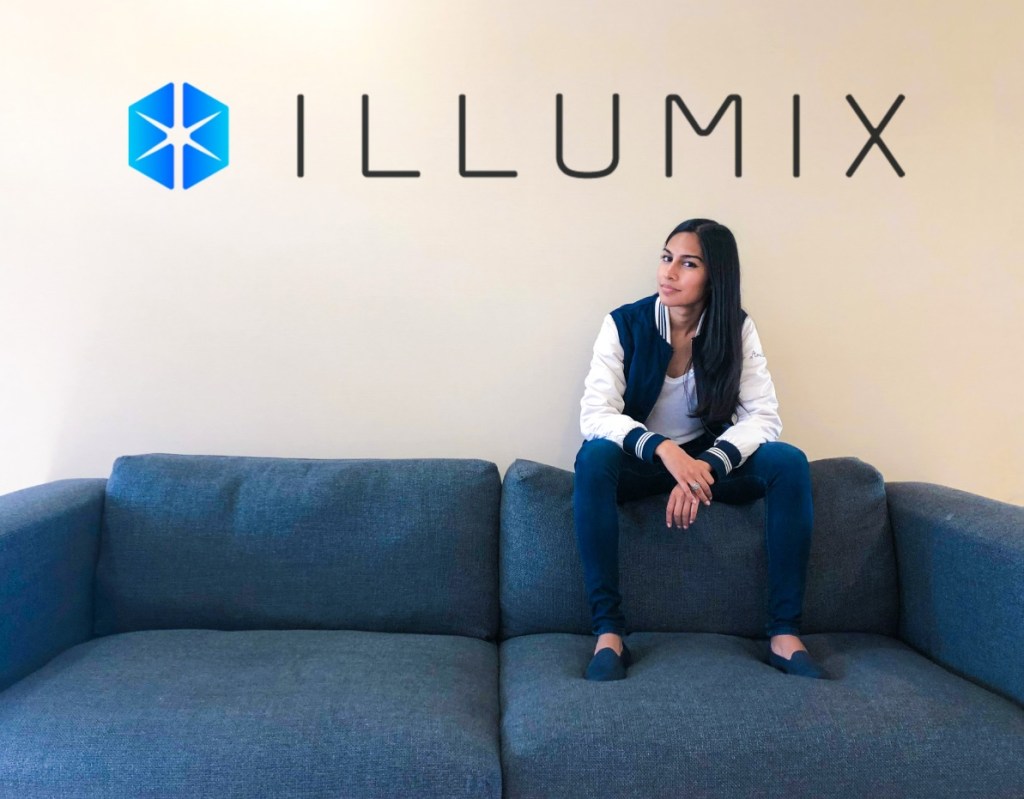 Above: Illumix CEO Kirin Sinha: “AR enables us to create a whole new premise for a nightmare.”

GamesBeat: Did you do the AR work, or did you enlist a studio that specializes in AR to help out?

Sinha: We are leveraging Apple’s ARKit and Google’s ARCore to provide as many players as possible with the highest quality experience. In addition, we are using computer vision modules from our own original tech stack to develop some of the gameplay.

GamesBeat: Why is Friday Night at Freddy’s a good fit for AR?

Sinha: FNAF at its core is about the creepy environment, jump scares, and looking through the camera to see a threat coming. AR matched all three of these aspects really well. It can be used to create a horror environment in your own reality, reimagine the jump scare mechanics, and provide a new mode of looking through a real camera to locate a threat. We are continuing to innovate on new AR mechanics for the game through regular feature updates and new content releases.

GamesBeat: How different is the approach to making horror games in AR from just for consoles, PCs, and straight mobile?

Sinha: Often horror games on console/PC/mobile are about constraint — how do you make the player feel boxed in and feel fear? For AR, we faced the challenge of the openness of the world and all the different environments in which users might find themselves, so we had to think about game design for horror in a new way. We focused on immersing users in a scary environment, and from there we used hide and seek, as well as predator/prey dynamics to key into a horror experience that was much more visceral than any game before it.

GamesBeat: How does AR accentuate horror?

Sinha: AR enables us to create a whole new premise for a nightmare — these terrors are real, in your world, and there is no escaping them. Augmenting players’ actual reality let us tap into an innate fear and set the stage for effective horror experiences leveraging 3D directional audio, haptics, and compelling AR visuals.

GamesBeat: How do you know if this is successful, going beyond downloads and such? How do you get the feeling the AR works from your players?

Sinha: We have been thrilled with the community’s response to the game — the reviews, ratings, and playthroughs are really showing how much the players are appreciating the new use of AR and engaging with the core game mechanics. We have seen players truly get scared and have fun with the title, and the core FNAF community has embraced our take on FNAF in augmented reality and is eagerly waiting to see what’s next for the game.