Some of the best games of 2019 took us on thrilling adventures or made us a part of an engrossing storyline. But all that excitement can feel a little overwhelming. Sometimes, you just want to take a step back and … tend to a field and harvest some digital crops.

That’s the core conceit behind Farming Simulator, and it’s a formula that’s been working well for Switzerland-based indie studio Giants Software. Since debuting 11 years ago, the series has quietly sold more than 25 million copies and been downloaded 90 million times on mobile. The latest entry, Farming Simulator 20, came out in December for iOS, Android, and Nintendo Switch.

According to Giants, some of its dedicated players actually have a farming background or work in a related industry (like suppliers and mechanics). But for the most part, Farming Simulator fans just love the series for its calm, meditative gameplay.

“I think the main reason why people continue playing is because of the game’s RPG loop: you do the work, get more money, and use that to buy bigger, cooler machines and grow your farm. … But there are tons of different motivations for playing the game,” said Giants cofounder and CTO Stefan Geiger.

A decade of farming

Giants Software started in 2008 with just two people: Geiger and CEO Christian Ammann. The duo realized there weren’t many games out there that realistically depicted the life of a farmer, so they set out to make something that would show what it’s like to operate a tractor and other common pieces of agricultural machinery.

While both men grew up in the countryside and were familiar with farming, they still had to do a lot of research and consult with friends. They also took photos of real farming equipment and searched online for images and videos for further reference. The result was Farming Simulator 2008, which mostly had generic vehicles and tools (the exception being German equipment manufacturer Fendt).

It ended up being a big hit in Europe, selling 150,000 copies on PC and enabling Giants to hire more employees. But another challenge the developers ran into in those early years was trying to bring other brands onboard and to see the value of putting their machines in the game. 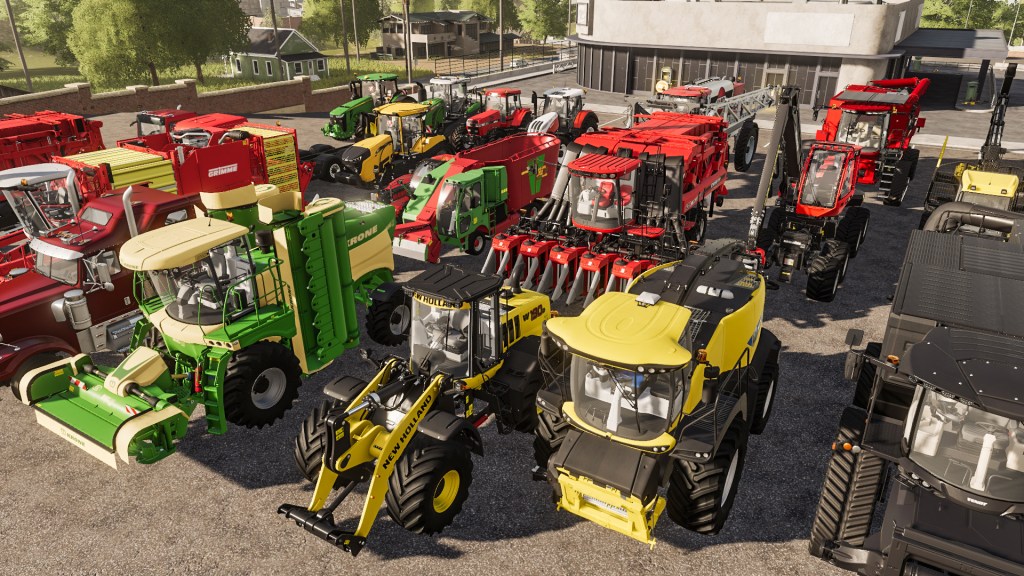 “For the manufacturers, it was a tricky thing to convince them that we weren’t part of a regular toy company because they all pay those manufacturers for the brand name,” said Geiger. “But that wouldn’t have been possible for us to pay every brand we had, even if it was just a small percentage of our revenue.”

Fortunately, that changed as the series’ popularity rose and companies began recognizing the marketing benefits of being in Farming Simulator. Nowadays, players can operate machinery from almost 100 different manufacturers, including major companies like John Deere and Samson Agro. Giants Software even attends trade shows like Agritechnica to showcase the game and interact with its partners.

And as the series grew, so did the size of its audience. Farming Simulator found a new generation of fans when it debuted on mobile devices for the first time in 2012, and again when Giants ported it to consoles in 2013.

“Our biggest audience is definitely kids or parents that play the game with their kids. … It’s something that you can play with your three-year-old kid with no problem. But we also have a lot of middle-aged farming fans, going up to like 60-plus or so,” said Geiger.

In FSL’s format, teams face off in a head-to-head multiplayer mode that Giants specifically made for professional competition. A total prize pool of €250,000 was up for grabs throughout the first season.

“The idea was to benefit from the esports hype that’s been around, getting a lot of marketing value out of it, and also to bring in different people. Because while the non-competitive side of Farming Simulator is cool, it’s not for everyone. Some people really just need to have that challenge,” said Geiger. 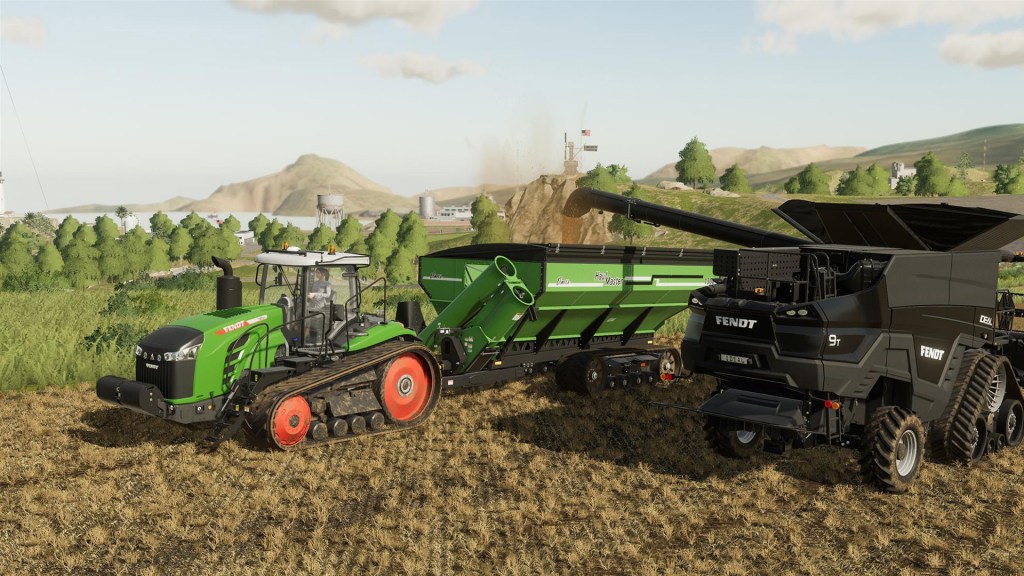 Giants Software’s strong relationship with its partners gave it an advantage here as well, as multiple manufacturers have supported FSL teams with travel and hotel accommodations. Another major sponsor of the league is Intel, which has been working with Giants for a few years (it previously helped with optimizing Farming Simulator on PC). In 2020, FSL will also be a part of the Intel Extreme Masters esports event in Katowice, Poland.

In addition to esports, Giants is trying to increase brand awareness by putting Farming Simulator on more platforms. In November, Farming Simulator 19 became one of the first games to launch on the Google Stadia cloud streaming service, which lets you play PC games across phones, tablets, TVs, and laptops. So far, Geiger said they’ve already seen a good return on their investment.

With 75 employees, Giants Software has way more resources now than it had in 2008. But it’s still a relatively small team, especially for a franchise that continues to sell in the millions year after year. Geiger laughed when asked if he’d ever thought that their simple idea for a farming game would end up resonating with so many people around the world.

“That was always the hope. But if you start something in your spare time with just two people, it’s hard to imagine that you would end up like that,” he said.