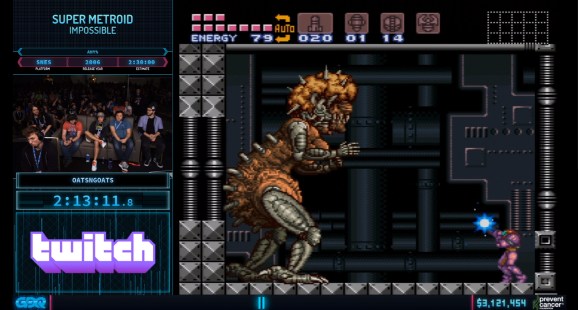 Awesome Games Done Quick has ended its week-long marathon, boasting an impressive tally of over $3.1 million in donations for the Prevent Cancer Foundation.

GDQ is celebrating its 10th anniversary this year. The first GDQ was a small, grassroots affair, raising just over $10,000. The event has grown tremendously since then, hosting numerous speedrunners who play through games new and old as fast as possible, all while an audience cheers them on and viewers contribute donations.

Congratulations to GDQ, all of the runners, and everyone who donated.