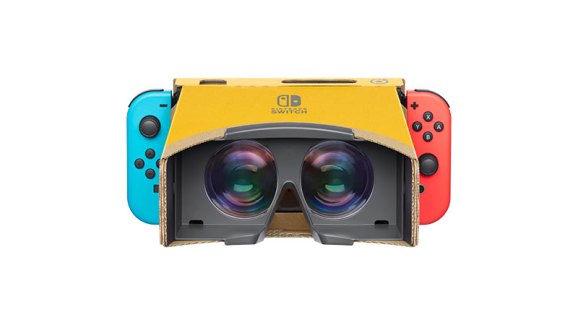 We might see new Nintendo AR experiences in the near future, perhaps either on the company’s Switch handheld (maybe something like its VR Labo kit) or on mobile.

Speaking in a recent interview with Nikkei (as reported by TweakTown), Nintendo president Shuntaro Furukawa said that AR is “one of the many aspects we are interested in.”

“Our hardware development teams evaluate all kinds of new technologies available thus far and consult with our software developers. If they determine that a technology can be used with a game, then they will utilize it. We will not be changing this fundamental approach moving forward,” Furukawa said.

He later added: “As for AR, it is definitely one of the many aspects we are interested in. We are currently researching what interesting ways we can utilize it.”

Nintendo already has a history with AR, of course. The company’s last pure handheld device, the 3DS, came with a set of positional cards used for novel VR experiences like viewing virtual statues of popular characters. Of course, AR technology has come some way since those days.

There’s also a small mobile AR game by the name of Pokémon Go. Granted, Nintendo doesn’t own The Pokémon Compay nor Niantic (Go’s developer), but this is still one of the most popular AR applications of recent years. We can’t help but wonder if Nintendo’s AR future lies more with mobile than it does the Switch.

Whatever Nintendo is working on in AR, we hope it ends up being more successful than its recent VR efforts. Switch’s Labo VR pack offers a fun DIY experience, but add-on VR support for games like Super Smash Bros Ultimate and The Legend of Zelda: The Breath of the Wild ended up being something of a train wreck.