But with the launch of Call of Duty: Mobile in the fall, Activision Blizzard finally has a new source of revenue for the franchise in the biggest part of the game market. To pull off that launch, Activision turned to a partnership with China’s Tencent and its TiMi J3 Studios in Shenzhen, China.

Call of Duty: Mobile is a free-to-play title that generated $87 million in revenues and 172 million downloads in its first two months, according to a December report by Sensor Tower. That’s definitely a smaller take than what Call of Duty: Modern Warfare generates on the consoles and PC, but that’s the nature of the free-to-play market. But like other mobile games, Call of Duty: Mobile has a chance to monetize over a longer period of time.

I interviewed Leo Yao, general manager of TiMi J3 Studios, and Vincent Gao, business director for international at TiMi J3, via email recently, largely because of language differences. Here’s an edited transcript of our interview. 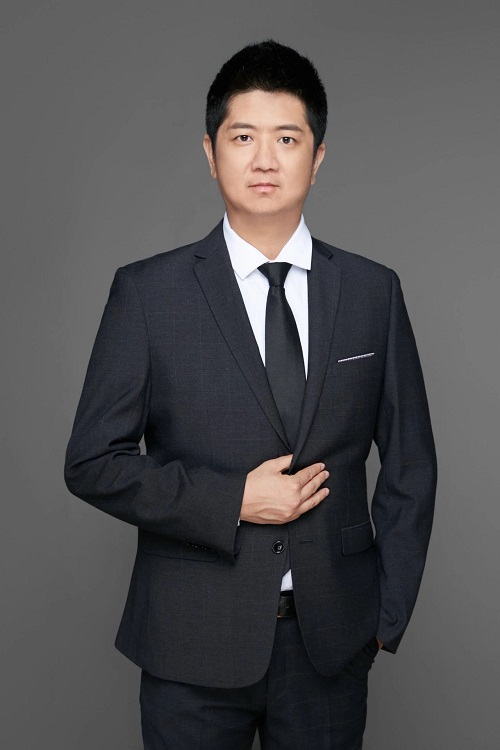 Above: Leo Yao is general manager of TiMi J3 Studios

GamesBeat: How did the project come about? I know that Tencent is an investor with Activision Blizzard. But was there a specific story behind the origin of the partnership between Activision and the studio in China?

Leo Yao: The cooperation between Tencent Games and top international gaming companies is very comprehensive, involving investment, development, publishing and many more. We value the opportunity to learn from best-in-class brands and use our advantage to help established IPs be more accessible while keeping a high-quality standard. As for Call of Duty: Mobile, it is not our first cooperation with Activision and won’t be the last.

GamesBeat: How did the studio approach the design of the mobile game? What were the suggestions or requirements from Activision?

Yao: Since people’s initial impression of CoD titles are definitely ultra-high visual quality, we wanted to make sure the game would feel like a Call of Duty game when launched. The goal we set during development was that we had to hit a higher graphic quality bar than anything else on the mobile shooter market when we released the game. We feel like that’s something we accomplished.

We also needed to address control and compatibility. Call of Duty controls offer immense depth and while we needed to make sure new players could pick up Call of Duty: Mobile, it was also important we didn’t surrender the sophistication that gives players a clear path to mastery. It took a lot of effort to find the right balance for players.

GamesBeat: How did you collaborate?

Yao: Activision has been a true partner throughout development. They’ve been very generous with the opportunity to make a great Call of Duty game and provided excellent feedback every step of the way. One thing that stood out to us in terms of that support was that we were able to create a Call of Duty game and achieve a ‘first’ – Call of Duty: Mobile is the first Call of Duty title to feature elements from both Modern Warfare and Black Ops series.

At the same time, with their high standard for (Call of Duty) franchise, we were encouraged to fine-tune every detail in gameplay, visual, or audio.

GamesBeat: How much time did it take to make the game?

Yao: After some initial research, big-scale development took over 2.5 years. Sensor Tower reports the game has generated $87 million in revenue to date, and Activision said it crossed 100 million downloads. 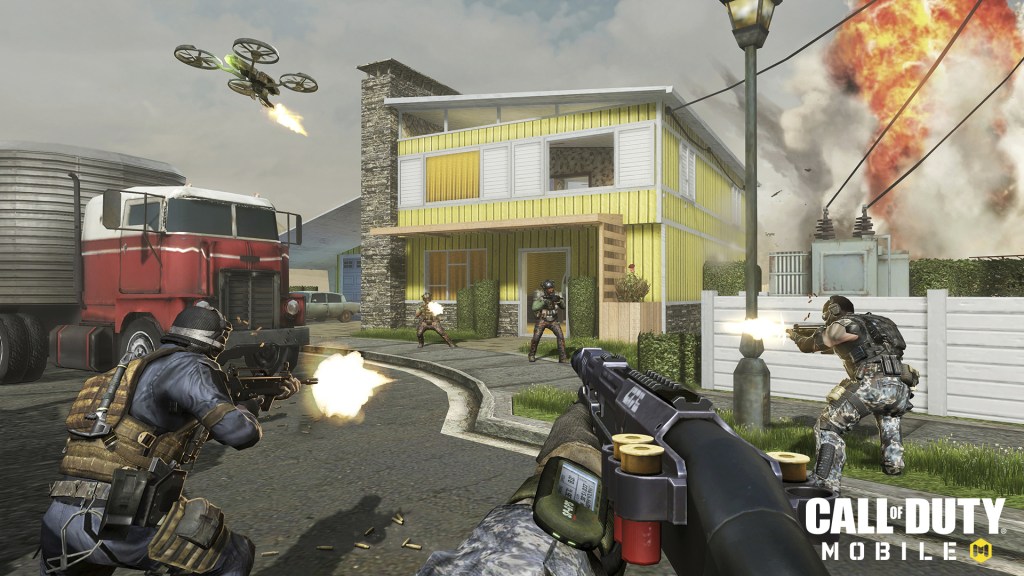 GamesBeat: Are you happy with that success?

Vincent Gao: I can’t comment on the specific details of that report. Overall, we believe we’re on the right path with Call of Duty: Mobile as a service game, but “service games” have a long life cycle. We’ve just started and cannot settle on what we have achieved now.

GamesBeat: Are you surprised that it has been so warmly received?

Gao: We look at shooting games and see a tremendous player base throughout the global market. From console-based to PC and mobile, shooting titles all take up a high proportion of the market share in different regions. That’s why the global publishing of shooting games rightly fit into this universal need. Moreover, mobile users deserve a far more advanced shooting game that demonstrates pioneering technologies. As a result, with TiMi’s research and development experience, we always had confidence in making Call of Duty: Mobile a truly high-quality shooter with global appeal on mobile.

We also know it’s still early for Call of Duty: Mobile. We will make sure we continue to respond to players’ needs across the globe.

GamesBeat: Since it has been a success, what are the reasons in your opinion? I know there have been several Call of Duty mobile games in the past. What made this special or unique?

Gao: As it’s still in the early stage for Call of Duty: Mobile, I wouldn’t call it a success. However, it was a good start. A good start are the results of multiple factors. Among them, technological preparedness and pursuit for quality. The mobile technology is advancing so fast, you have to be looking ahead and planning for what’s to come, not what exists at the moment. During the planning and development phase, we always looked 2-3 years ahead.

Two years ago, we started to think about how increased screen size, improved resolution, battery performance and improved networks would affect us in the future. In this way, you will hit a higher quality bar than anything else of the same genre on the mobile gaming market.

It also helped that Activision was supportive and gave us the opportunity to achieve a “first,” as Call of Duty: Mobile is the first to feature elements and characters from both the Modern Warfare and Black Ops series. 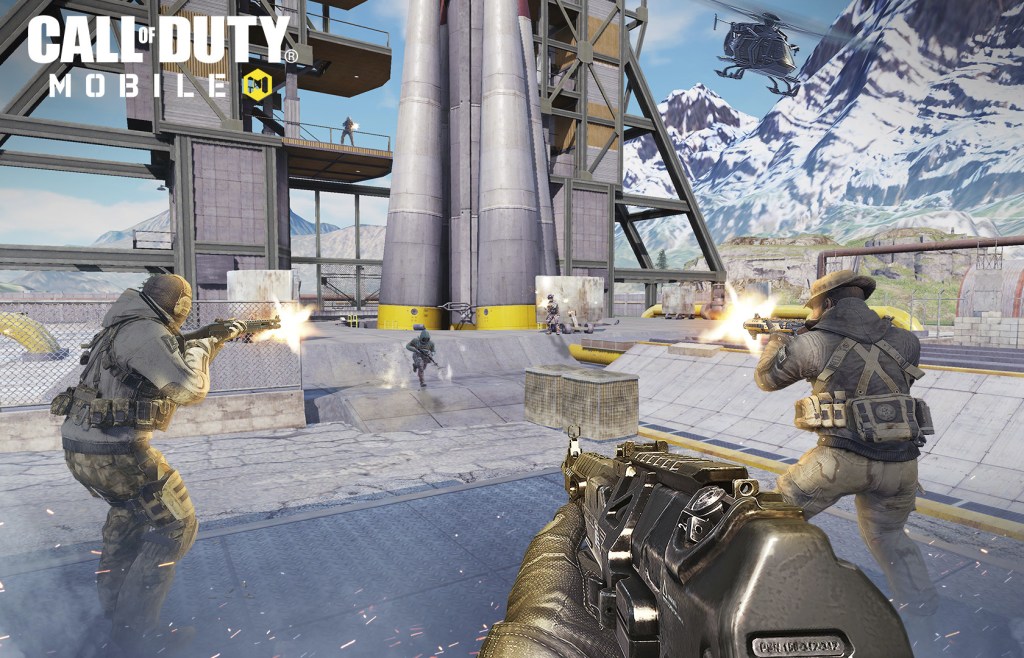 Above: Call of Duty: Mobile is thriving on smartphones.

GamesBeat: Making a first-person shooter game look good and play good on mobile is a very hard challenge. How did you make the right decisions here in development?

Yao: Activision has been a true partner throughout development. They’ve been very generous with the opportunity to make a great Call of Duty game and provided excellent feedback every step of the way.

We had an experienced team on this game, a team that’s proven it can make great mobile shooters for massive audiences. So the first right decision on TiMi’s side was putting a great team on the game. After that, we challenged a great team to raise the bar on mobile shooters. We knew this game couldn’t be a success if it was just an incremental improvement from past mobile shooters — especially for a global audience.

GamesBeat: What did fans say about what they wanted? Did you modify the design based on fan feedback?

Yao: We set a goal to hit a higher graphic quality bar than anything else on the mobile shooter market (because Call of Duty fans expect such high-quality graphics). At one point, that meant we had to do a major overhaul of our art content, as well as gathering a lot of early feedback from playtesters and iterating accordingly.

Above: Call of Duty: Mobile is getting a deep battle royale mode.

GamesBeat: Can the title launch in China? Was it designed with a Chinese launch in mind, or would it have to be redesigned in some way?

Yao: We appreciate this could be of interest but don’t speculate on these matters now. It’s our job to develop great games and follow the rules in each market.

GamesBeat: How is this game designed to last a long time, as opposed to games that last for just one year?

Gao: I can’t comment on the specific details of that report. Overall we believe we’re on the right path with Call of Duty: Mobile as a service game. The title has a massive player base, is really fun and we’re committed to making sure we continue to improve it. TiMi Studios has been making “service” games for the entirety of the studio’s 11 years and sees this as what most players expect. We have operated QQ Speed for over 10 years and Honor of Kings over 4 years which continues to succeed. We focus on continuously providing players with fun content.