Kings of the Castle from developer Frosty Pop has debuted as the latest mobile game on Apple Arcade.

It is the fifth game from Faisal Sethi, the son of Pakistani immigrants who wound up in the rural Canadian province of Saskatchewan. Sethi was originally a graphic designer who played in a grunge band, and he was able to make this game without knowing how to code. And this game turns some tropes around.

In the game, the dragon Zantorian has locked Prince Rupert away in a castle tower on a dangerous and mysterious island. Lord Baldor dispatches the princess to investigate the hostile and unfamiliar territory and save the prince. Playing as the princess, you must use your speed, courage, and savvy sense of direction to save the prince.

Avoid traps, battle enemies, jump over obstacles, and collect gems along your journey to pay a ransom for the prince’s safe return. But do it fast. The dragon is hungry. Kings of the Castle is a colorful rescue mission and speed run you can play by yourself, or with family and friends in multiplayer mode. 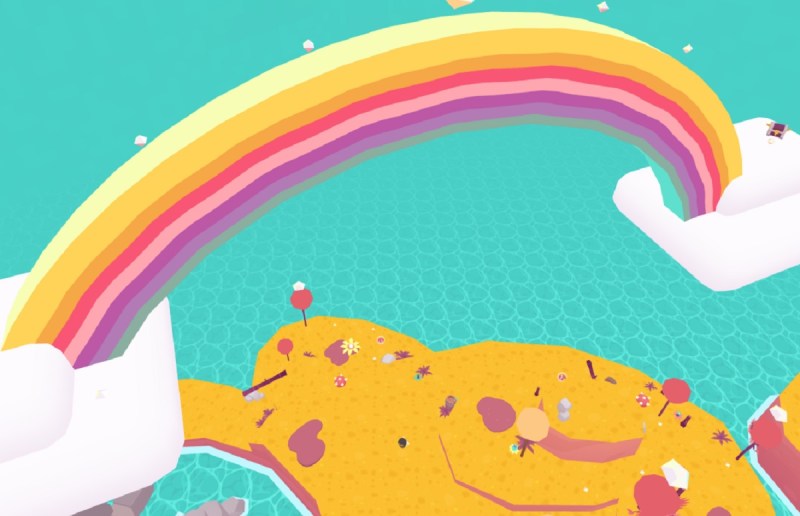 Above: Kings of the Castle is the fifth game from Faisal Sethi.

Sethi took inspiration from Disney films, as he grew up watching them. As a minority himself, featuring diversity in his characters was important as was representing women in gaming as heroes. His five-person team included designer Mercedes Crespo, based in Marietta, Georgia and originally from Guayaquil, Ecuador.

Frosty Pop’s other games include Don’t Bug Me, Big Time Sports, The Pinball Wizard, and The Get Out Kids.

Sethi said in a statement that the initial impetus for the game itself is a theme about how to re-create many of the playful analog experiences of his childhood in a digital form.

“One of the games we played was simply a race to the top of a hill on our school playground,” he said. “The first one who got to the top ‘won’ and was crowned ‘King of the Castle.’ This is a pretty common trope / basic challenge for any kid and their friends and parents, even in this day and age. I’ll race you to the end of the block, or the first one to that tree over there wins, is something that pretty much anyone, anywhere, at any time, can relate to.”