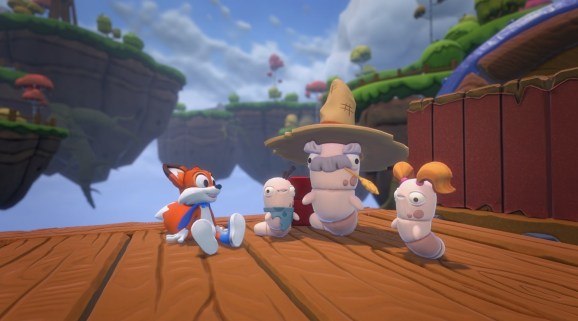 The worms have cute voices in Super Lucky's Tale.

Playful Corp. announced today that it is laying off a significant portion of its full-time staff today.

The studio created Super Lucky’s Tale, a 3D platformer that came out for Xbox One and PC in 2017. A Switch port released last year.

“We are truly heartbroken to be parting ways with many of our friends and colleagues,” noted Paul and and Katy Drake Bettner of Playful in the announcement. “These are people who have poured their hearts into every game Playful has created, who have supported us and each other every step of the way, and have truly made this studio what it is today. We will be working closely with each person affected by this transition to help them move forward.”

Super Lucky’s Tale is actually a sequel to Lucky’s Tale, a VR platfomer that came out in 2016 as one of the first major games published by Oculus.

Playful started in 2012, and the company notes that it took “significant risks” by growing its studio. The developer is now going to focus on a more streamlined production model. Last August, Playful raised $23 million for spectator-enabled games.