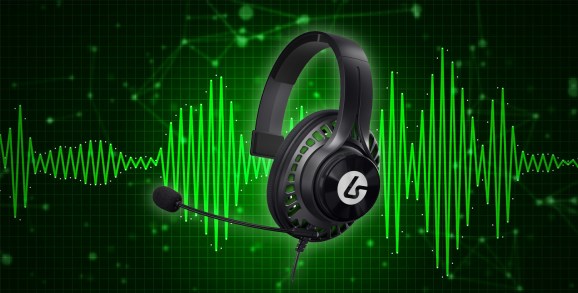 LucidSoud makes some of my favorite headsets. I used its LS40 gaming headset as my all-around headphones for more than a year (until smartphones dropped the headphone jack). Now, I’m rocking its wireless LS50, which is just as great. But those are expensive headsets, and LucidSound wants to compete in a more mass-market and affordable segment. That’s where its LS1 and LS10 devices come in.

The LucidSound LS1 is a $25 one-ear headset for chatting with your friends on PlayStation 4 or Xbox One. It uses a 3.5mm connection, and uses an almost transparent earcup to let in game sound from your TV or speaker system.

The LS10 is a $60 full gaming headset. It retains most of the features that make LucidSound so great but at a much more appealing price.

And I think both are great.

Is the LucidSound LS1 worth it?

I’ve come away from my time with the LS1 a big fan of how it works. This isn’t a gaming headset in the traditional sense. Think of it as a more premium version of those one-ear mics that come with the PlayStation 4.

This is a device that enables you to chat with your online friends without shutting out the audio from your expensive soundbar or surround system. If you spent a ton of money adding 7.1 surround sound to your Xbox or PlayStation, it sucks to put on a headset just to communicate with your goofball buds in Apex Legends. LS1 enables you to do both.

And the reasons I really like the LS1 is because it is super-comfortable using an over-the-ear cup like you would expect from other LucidSound headsets. But that open-back earcup is so porous that it doesn’t block out any of the sound coming from your game.

The LS1 also nails the other reason you should want to get a chat headset: the mic sounds great.

You can hear both the LS1 and the LS10 in the playlist below and compare it to some other headsets.

The LS1 sounds at least as good as the best mics in the sub-$70 headset space.

Is the LucidSound LS10 worth it?

The LS10 is still a great all-around headset/headphones, but for me, some of the magic is gone. When phones still had 3.5mm headphone jacks, this would be an easy choice. But now, if you have a recent high-end smartphone, you’ll need a dongle to use the LS10 with a USB-C port.

But if you can live that dongle life, then the LS10 is still wonderful. You can hear the mic quality in the playlist above. And you also get really solid sound quality that rivals other devices in this price range.

It also has all of the awesome control features that I love. Big buttons on the ear cups make play/pausing easy. And giant dials for adjusting the volume. It also has a boom mic you can attach. But if you detach it, you’ll still have a secondary mic that No other headset manufacture compares to LucidSound in terms of usability.

You are giving up some of the build quality to get the LS10 at $60, though. The plastic components feel brittle and cheap. The upside here is that it’s still extremely uncomfortable. And you won’t notice the lower-quality materials when you’re wearing it.

Most people don’t want to spend much more than $60 on a headset, and I get it. But your $60 goes far with the LS10. It gets you something that is versatile enough to work in any situation where you have a 3.5mm jack. And it’s also stylish enough to look appropriate in any environment as well.

The LS1, meanwhile, is the ideal chat mic. You and your teammates both sound great using it, and it’s comfortable enough to wear all day.

If you absolutely must have a great mic for some reason, maybe look at the Tritton Kunai Pro instead. And if you want top-of-the-line comfort, go with the HyperX Cloud Stinger. But if you plan to leave the house wearing your gaming headset, I think you have to go with the LS10.

The LucidSound LS1 and LS10 are available now for $25 and $60, respectively. LucidSound provided samples of both for the purpose of this review.