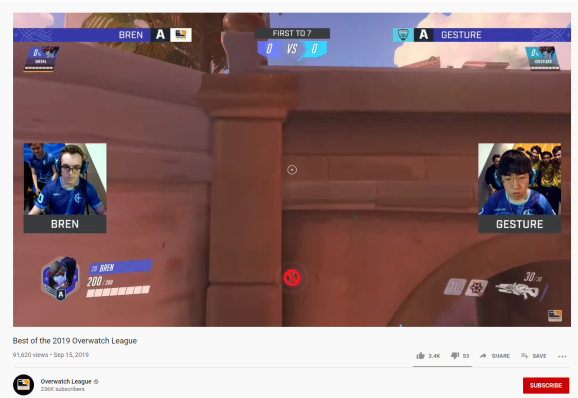 Google plans to use its server infrastructure to improve the gaming experience for Activision Blizzard fans. While Google has datacenters across the globe, it’s also promising to use cutting-edge features like A.I. to improve performance in the future.

“We’ve worked closely with Activision Blizzard for the past few years across mobile titles to boost its analytics capabilities and overall player experience,” Google Cloud gaming boss Sunil Rayan said. “We are excited to now expand our relationship and help power one of the largest and most renowned game developers in the world.”

This reflects Google making a concerted effort to improve its relations with game developers and publishers. Google has always had a presence in this space, but Amazon Web Services and Microsoft Azure are the names most often associated with game hosting. Activision has even had a previous relationship with AWS relating to many of its games including Call of Duty. This may start to change that.

“We’re excited to partner with Google to drive the next generation of gaming innovation for the industry,” Activision Blizzard chief information officer Jacques Erasmus said. “Google Cloud’s best-in-class infrastructure gives us the confidence to deliver great entertainment to our fans around the world.”

Activision Blizzard has one of the most developed esports initiatives. And the Overwatch League is a great example of its competitive gaming efforts. That kicked off in 2018 with an exclusive Twitch deal. Amazon’s live-video service paid $90 million for the exclusive broadcast rights. But now that deal has expired, and Twitch did not come back for another round.

That gave YouTube the chance to step in and scoop up the Overwatch League instead.

“With more than 200 million gamers a day watching more than 50 billion hours of gaming content per year, YouTube provides gamers and their passionate fans with the most popular video gaming platform in the world,” YouTube gaming boss Ryan Wyatt said. “Both the Overwatch League and Call of Duty League are the quintessential examples of world class esports content. As a former Call of Duty esports commentator myself, I couldn’t be more excited for Activision Blizzard to choose YouTube as its exclusive home for the digital live streaming of both leagues. This partnership further demonstrates our dedication to having a world class live streaming product for gaming.”

And it’s likely that Overwatch League and Call of Duty League are more valuable to YouTube than Twitch. YouTube wants more people to think of it as a livestreaming site in addition to its on-demand videos. And esports is important to building that understanding among a large audience. This is part of an ongoing battle for content that has led YouTube to sign certain content creators to exclusive deals.

“A lot of the focus in the livestreaming wars has been on the individual content creators being signed given that they make up the majority of the content in the space. However, esports events are often responsible for the biggest audiences with the two most watched channels on Twitch in 2019 being Riot Games and Overwatch League,” said StreamElements chief executive Doron Nir. “This makes YouTube Gaming’s announcement of 3 notable leagues a significant move in terms of building their content portfolio and showcasing their commitment to the market.”

For Activison Blizzard, this ensures that its esports leagues continue to feel like premier organizations.

“This is an exciting year for Activision Blizzard Esports as we head into the inaugural season of Call of Duty League and our first ever season of homestands for Overwatch League all around the world,” Activision Blizzard esports chief Pete Vlastelica said. “It’s our mission to deliver high-quality competitive entertainment that our fans can follow globally, live or on-demand, and to celebrate our players as the superstars that they are. This partnership will help us deliver on that promise at new levels, by combining our passionate communities of fans and players with YouTube’s powerful content platform and exciting history of supporting next-generation entertainment.”