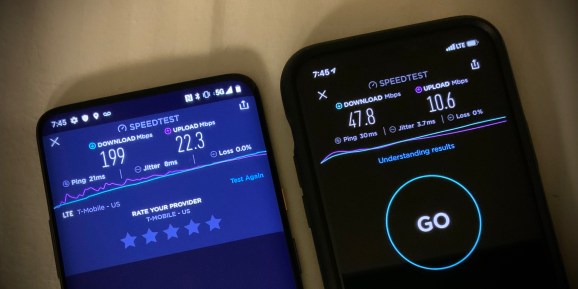 Following six years of private and public collaboration to open up some of the United States’ most valuable wireless spectrum, the Federal Communications Commission (FCC) today authorized full commercialization of OnGo services using the 3.5GHz CBRS band, a development that will enable the latest iPhones and Android phones to achieve faster data speeds in many parts of the country. The move will initially benefit 4G communications, but is expected to enhance 5G later this year.

Spectrum in the 3.5GHz band has been selected across the world as ideal for next-generation cellular services, thanks to its combination of reasonably long-distance range and solid chunks of available bandwidth. Within the “low,” “mid,” and “high band” ranges of radio frequencies, 3.5GHz is mid-band spectrum and is already being used for 5G in China, Europe, and South Korea, while the U.S. has focused until now on low and high band 5G frequencies.

Led by the 159-member CBRS Alliance and Wireless Innovation Forum, efforts to open 3.5GHz spectrum for public access required development of a sharing arrangement between existing users — most notably the U.S. Department of Defense (DoD) for naval purposes near the country’s coasts — and the broader public, including millions of potential users in both landlocked and coastal areas. Using special “spectrum access systems” operated by CommScope, Federated Wireless, Google, and Sony, radio frequencies from 3.55GHz to 3.7GHz can now be used by members of the public, subject to whatever priority access the government may demand on an as-needed basis.

In the event that the DoD needs access to the spectrum in a specific coastal area, a protection zone is activated, dynamically reassigning access system users within the zone to other frequencies. This lets prior government users immediately access the 3.5GHz band as needed, while making the previously locked-up spectrum generally available for consumer devices and future private networks. Supported phones will enjoy faster speeds and/or stronger signals on the 3.5GHz band, falling back to other spectrum in the event of DoD use.

Current-generation smartphones including Apple’s iPhone 11s, Google’s Pixel 4 phones, LG’s G8 ThinQ, Motorola phones with the 5G Moto Mod, the OnePlus 7 Pro, and Samsung Galaxy S10 series all include support for the new band, which is being branded as OnGo. As additional devices are OnGo-certified, the CBRS Alliance expects that the band will also be used outside of the smartphone market, assisting rural broadband, enterprise IT, hospitality, retail, real estate, industrial IoT, and transportation initiatives.