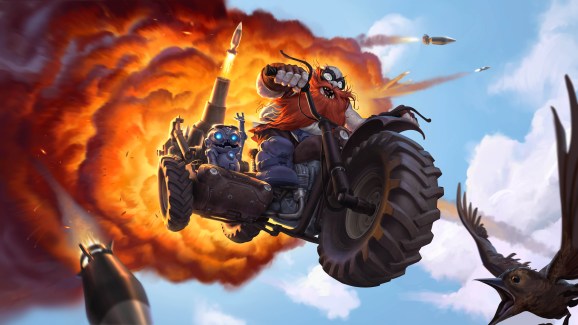 Brilliant Games and Hex Entertainment announced today that they are working on Red and Blue, a new digital card game that will come out for Android and iOS during the second quarter of this year.

Hex Entertainment is the developer behind Hex: Shards of Fate, a digital card game that released in 2016. Alpha testing started in 2013, and Wizards of the Coast sued Hex claiming that its game was a clone of Magic: The Gathering. The two companies settled the lawsuit in 2015. Brilliant Games is a new developer based in Singapore.

Research firm SuperData expects the digital card game market to be worth $2 billion by 2020. Blizzard’s Hearthstone is still tops, but its has competition from titles like Magic: The Gathering Arena and Riot Game’s new Legends of Runeterra.

Red and Blue will have a familiar card game setup, with two players facing each other across a playing field with a hero representing each of them. However, Red and Blue separates each player’s board into three different areas. Like many other digital card games, it has a fantasy theme.

Red and Blue will come out for Android and iOS devices first, but the developers are planning multiple platforms for the title (presumably PC). The game will launch with 750 cards and several play modes, although we do not know what they will be. Hex has a good single-player option, in which the player can explore a map, take on dungeons, and earn exclusive cards for the mode.