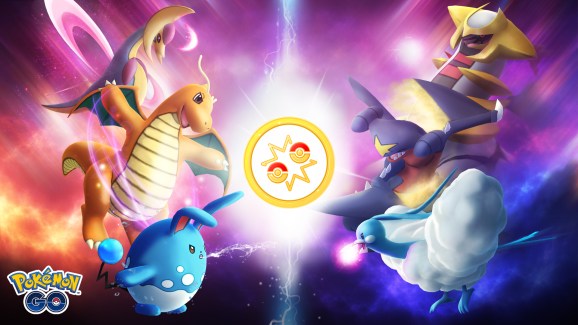 Pokémon Go is coming off its most lucrative year ever in 2019. And now developer Niantic is working to keep that momentum going in 2020 by improving the augmented reality adventure’s competitive battle system. This is beginning now with the launch of Pokémon Go Battle League, which is rolling out slowly across the globe.

The Go Battle League is a new way for players to face off against one another. It takes the Trainer Battle system and adds a new structure that enables players to face off against one another from around the world. Niantic is also shifting its Premium Raid Passes to Premium Battle Passes. Like many other games, this progression pass will enable players to earn a premium track of unlockables by participating in the games events.

Once your game updates with Go Battles, you will need to go out and walk 5 kilometers (3.1 miles) to unlock the event. Of course, if you have more money than time, you can pay to open it up before completing the required distance. But every kilometer you walk reduces the final cost.

For Niantic, this is a way to both serve up new content to its most dedicated players. But it’s also a way to further expand its method of generating revenue. Now, instead of selling just raid passes, players can get more from the game by spending money to battle other trainers as well.

Pokémon Go has already brought in more than $3 billion in revenue since its original debut. And this latest update could lead it yet another billion.

Go Battle League has a seasonal structure. As it launches today, it is entering a preseason phase. But this testing period will still enable players to rank up and earn rewards by competing.

The preseason will also give players a chance to get some experience with Go Battle’s rotating subleagues. These include Great League, Ultra League, and Master League. Each of these sub-leagues will introduce slightly different formats. And the idea is to prevent any one style of play from dominating the competitive ladder.

“Only one league will be available at a time, and they will all rotate throughout a season,” reads a Niantic blog post. “This means that in order to be the best, you need to be able to win in all three formats.”

But the preseason is also crucial to help the studio refine how Go Battle League is going to work.

While this is all launching today, you may have to wait a bit longer to actually get it in your game. Niantic says it is rolling it out based on player level. So if you haven’t played recently, it may take a bit longer.