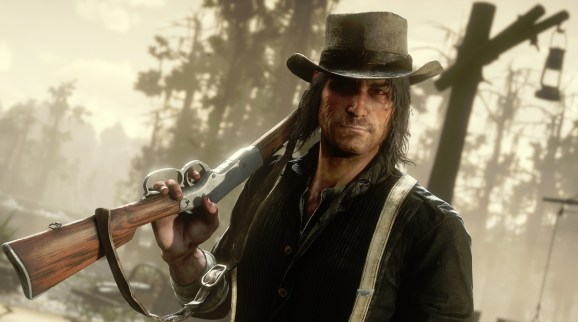 Rockstar Games had an OK decade, I guess. At least, for a studio that only had a handful of major releases. But two of those games, Grand Theft Auto V and Red Dead Redemption 2, are among the best-selling games over the last 10 years. And now, Rockstar is highlighting some of those successes and noting that its two marquee games combined to ship 150 million units worldwide.

That means that Red Dead Redemption II is approaching 35 million copies shipped since its 2018 debut. As of November, Grand Theft Auto V had surpassed 115 million copies shipped, according to parent publisher Take-Two Interactive. And, at that time, GTA V was still selling an average of 1 million copies per month. And that doesn’t count any boost it would get from the holidays. So GTA V probably accounts for slightly more than 115 million of that 150 million total.

Still, this indicates strong ongoing sales for Red Dead Redemption 2. The cowboy simulator was at 25 million copies sold as of August. And while it only sold about 1 million copies over the slow summer months, it likely saw a major boost over the holidays. Especially considering its PC debut in November.

While both of Rockstar’s premier releases of the 2010s were top-sellers as full-game purchases, they are also huge contributors to to Take-Two Interactive’s digital revenues. And GTA Online and Red Dead online are both seeing growth in terms of their player engagement.

GTA Online set a record for number of players in July when it launched its Diamond Casino & Resort update. It then set a new player-number record in December and for fourth quarter when it released the Diamond Casino Heist patch.

Red Dead Online, while smaller than GTA Online, is beginning to see a similar trajectory. Rockstar launched the Moonshiners update for the multiplayer mode in December. That led to a new high mark in number of players. The game then surpassed that peak again in January.

To keep that momentum going through 2020, Rockstar is planning in-game rewards for players who boot up the online games.

In Red Dead, you can get packs of goodies for showing up to play. Here’s how Rockstar puts it:

“Red Dead Online players will receive a series of gifts including free access to select roles, special role item giveaways and more, including:

These bonuses can help keep the game populated in the gaps between major updates. And they should help keep dedicated fans happy while bringing back lapsed players.