Nintendo‘s mobile games have earned a combined $1 billion in revenue, according to market analyst Sensor Tower.

This includes six games from Nintendo, starting with Super Mario Run in 2016. The latest, Mario Kart Tour, released in September. 2017’s Fire Emblem: Heroes is by far the most successful. It accounts for 61% of that $1 billion. You can see its dominance in the chart below. 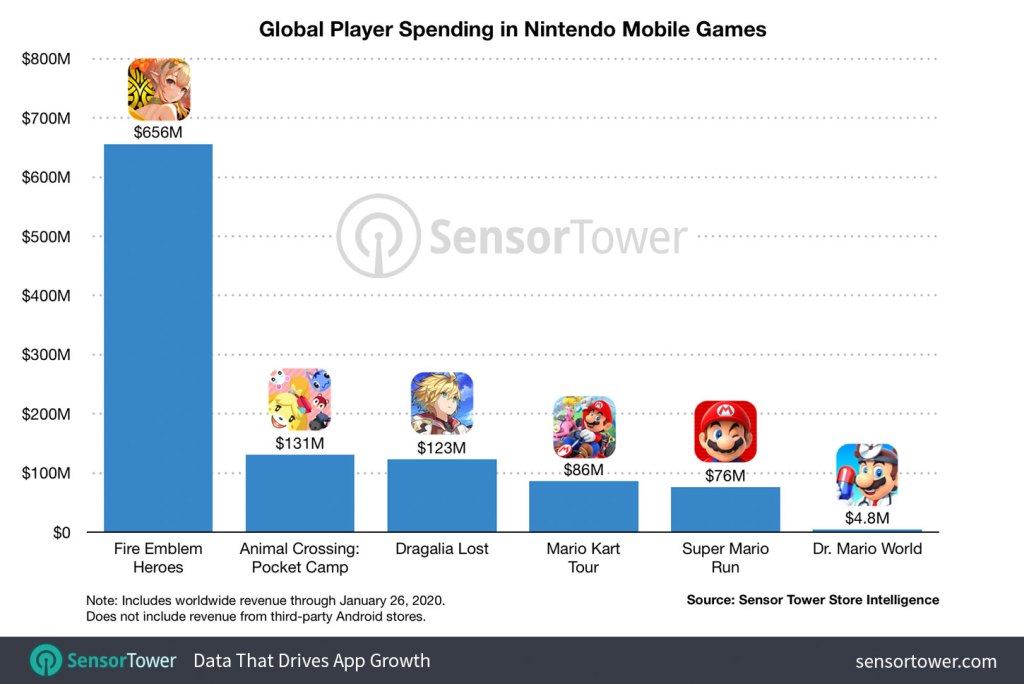 Bizarrely, the three games with Nintendo’s main mascot’s name in them are performing the worst: Mario Kart Tour, Super Mario Run, and Dr. Mario World. The puzzle game Dr. Mario World is having an especially rough time, making up less than 1% of the $1 billion.

Super Mario Run is the only premium game on the list. It actually has more downloads than any of Nintendo’s other mobile offerings, but its monetization strategy hurt its money-making potential (in-app transactions in free-to-play games dominated mobile) despite starring the most recognizable character in all of gaming. Dragalia Lost, meanwhile, is Nintendo’s only original IP for mobile, and the free-to-play RPG has managed to do well by earning $123 million.

Nintendo’s mobile games have been most popular in Japan, with the country accounting for 54% of revenues. The U.S. comes next at 29%. Super Mario Run and Mario Kart Tour make most of their money in the U.S., but the other four bring in most of their revenues in Japan.