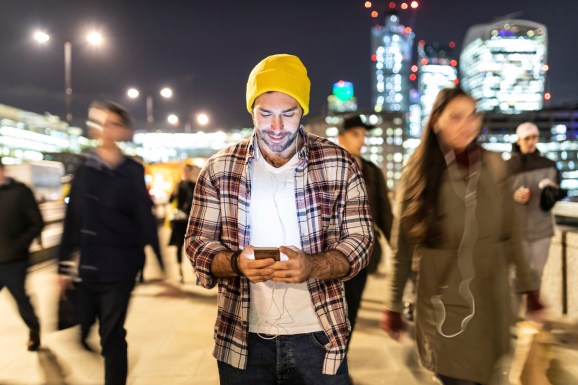 Last week Netflix released fourth quarter earnings that beat both the top and bottom-line expectations analysts had set for the streaming giant. Its stock gained nearly 10% in the following trading sessions, equivalent to adding more than $10 billion to its market capitalization.

Although the company also missed growth expectations in the US and gave “disappointing guidance” for the first quarter of 2020, most analysts remain bullish on its future in the face of increased competition from the likes of Disney, Apple and Amazon.

But the real story here was buried towards the bottom of Netflix’s earnings report: The company reported a shift in how it will track views for all content going forward.

Netflix is famously secretive on much of the data it controls, parsing out bits and pieces as it sees fit. It reported, for example, that 40 million people watched the entire latest season of Stranger Things in the first few days and that Netflix’s newest show in the “Game of Thrones” genre, The Witcher, is on track to have the biggest debut in the company’s history, with more than 76 million households “choosing to watch” during its initial month.

These three little words, “choosing to watch,” are the important shift for Netflix and pull back the curtain on one of the hottest issues impacting the streaming wars, and the larger battle for control of billions of new dollars in advertising coming to connected TV devices. Previously, Netflix counted a view only when someone had streamed 70% of the show. Under the new rubric, Netflix counts a view as anyone who has watched at least two minutes of the content. The positive impact on Netflix’s ratings is clear, something the company acknowledged in its quarterly shareholder letter stating “the new metric is about 35% higher on average than the prior metric.”

The shift prompted frustration from many calling for a more consistent measurement approach across the streaming field — something that has been elusive to date, largely because many advertisers remained on the sidelines of streaming in the early days and didn’t demand it. This is now changing, with analysts predicting a gold rush in streaming advertising beginning this year. Magna Global predicts the market will grow by 30% in 2020, surpassing $5 billion.

Advertisers are now seeking a change. “For decades we have relied on Nielsen ratings data to shape linear television budgets,” Michael Bassik, CEO of Assembly Media, told me. “While Nielsen remains the standard for linear media planning and investment, we believe a new currency is needed to properly address today’s holistic video environment.”

A recent tit for tat between Netflix and Nielsen highlights the challenges faced in developing this new currency for viewership. In October of last year, a Netflix spokesperson talked down the efforts of Nielsen to get at the actual viewing behaviors of its audience, saying “the data that Nielsen is reporting is not accurate, not even close, and does not reflect the viewing of these shows on Netflix.”

In December of 2019 the feud intensified as Nielsen attempted to use the viewing behaviors of its sample of US households to forecast the views of the Irishman during its premier week. Using their sampling of U.S. homes nationally, Nielsen released ratings that showed the film had been viewed 17 million times.  Netflix, which had staked a lot of reputational credibility (and about a quarter billion dollars in production and marketing costs) on the film, countered that the data was inaccurate as it did not take into account those who watched on mobile devices or other services not captured by Nielsen. As the push and pull intensified, Netflix announced the movie had actually been watched more 26 million times in its first week – that’s a 50% larger audience than Nielsen’s forecast.

The Netflix vs. Nielsen debate highlights just one of the challenges of accurate measurement. TV manufacturers have also gotten into the game, believing the positional advantage they hold controlling the “last mile” of content delivery provides unique data that could form the foundation of a new viewership metric.

However, a recent report from San Francisco-based Samba TV, one of the companies trying to address the data holes in the streaming market today, highlights the challenge these individual companies face. The company, which partners with nearly every major television manufacturer to install proprietary code and analytics capabilities that are built directly into more than 25 million Smart TVs globally, worked with several major advertisers to analyze the audience reach each television manufacturer reported for certain advertising campaigns.

The Samba study found massive disparities in the individually reported data. Different manufacturers cater to different demographics (discount televisions versus high end 8K, for example), making it difficult for any single manufacturer to accurately generate a statistically relevant audience forecast of the US. The different consumer segments create the same challenge for the TV manufacturers that Nielsen faces. Both are trying to extrapolate the viewing behaviors of 300 million adults across the most fragmented media environment in history without a complete picture of the audience.

“Marketers are telling us they want, in fact they are telling us that they need to expand their streaming budgets,” said Ashwin Navin, CEO and co-founder of Samba TV. “Tens of millions of adults in the US are now unreachable to advertisers on linear cable. However, they are also telling us that they want real data on the incremental reach streaming provides — audiences that can be exposed to the kind of relevant, targeted and highly effective advertising they have come to expect from digital. This is the promise of connected TV advertising we need to measure and deliver for the market.”

Samba TV and other players like Roku and Hulu are building massive databases that work across apps, platforms, and screens, providing the kind of real-time viewing patterns and audience profiles marketers have come to expect from digital buys. Major studios like Warner Media and Disney have invested in tech companies like Samba TV precisely because they know the market needs a new metric for measuring audiences in order to properly value advertising for their content.

As billions of new dollars begin to flow into streaming, the race to define the yardstick by which we measure audiences will only intensify. “There is a great business for the company that can crack the code on accurate connected TV measurement,” Assembly Media’s Bassik told me. “This is the year it will happen.”