ManaStrike is Netmarble’s first game in the Magic universe. Most gamers know Magic for its physical and digital card game, Magic: The Gathering. ManaStrike is a more strategy-focused take on the franchise, similar to games like Clash Royale.

The title is free-to-play, offering both an in-game currency (gold) an a premium currency (gems). Cards are still a part of the experience, as you play them to summon units and cast spells on the battlefield. It isn’t the first time we’ve seen Magic escape its card game roots on mobile, as we had the puzzle game Magic: The Gathering — Puzzle Quest launch back in 2015.

Netmarble announced ManaStrike back in February 2018. Back then, it was only known as Project M.

ManaStrike also has a story connection to Magic’s world, as its plot involves “tyrant of worlds” Nicol Bolas creating a parallel universe as he tries to find a weakness that can destroy the Planeswalkers. So if you love your Magic: The Gathering lore, you’ll get some of that here. 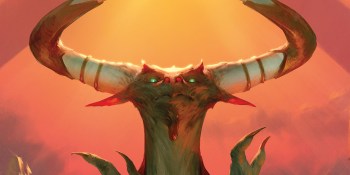