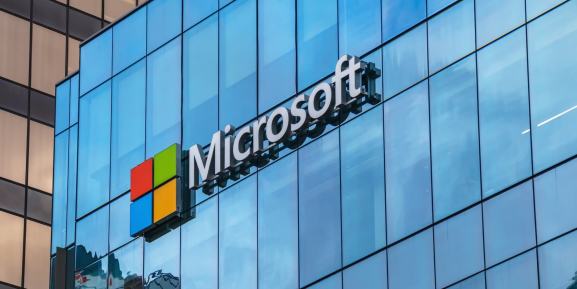 Analysts had expected Microsoft to earn $35.7 billion in revenue and report earnings per share of $1.32. The company thus easily beat expectations. The company’s stock was up 1.5% in regular trading, and up another 1.5% in after-hours trading. Microsoft said it returned $8.5 billion to shareholders in the form of share repurchases and dividends during the quarter.

“We are innovating across every layer of our differentiated technology stack and leading in key secular areas that are critical to our customers’ success,” Microsoft CEO Satya Nadella said in a statement. “Along with our expanding opportunity, we are working to ensure the technology we build is inclusive, trusted and creates a more sustainable world, so every person and every organization can benefit.”

A 62% revenue increase for Azure indicates a slight rebound from the slowing cloud growth for the company. The figure has been falling steadily lately: 76% in Q2 2019, 73% in Q3 2019, 64% in Q4 2019, and 59% in Q1 2020. This is expected — growth has to slow eventually — but Microsoft needs to control the message. If not growth, then what? Microsoft does not break out exact Azure revenue numbers, likely to avoid comparisons with industry leader AWS. 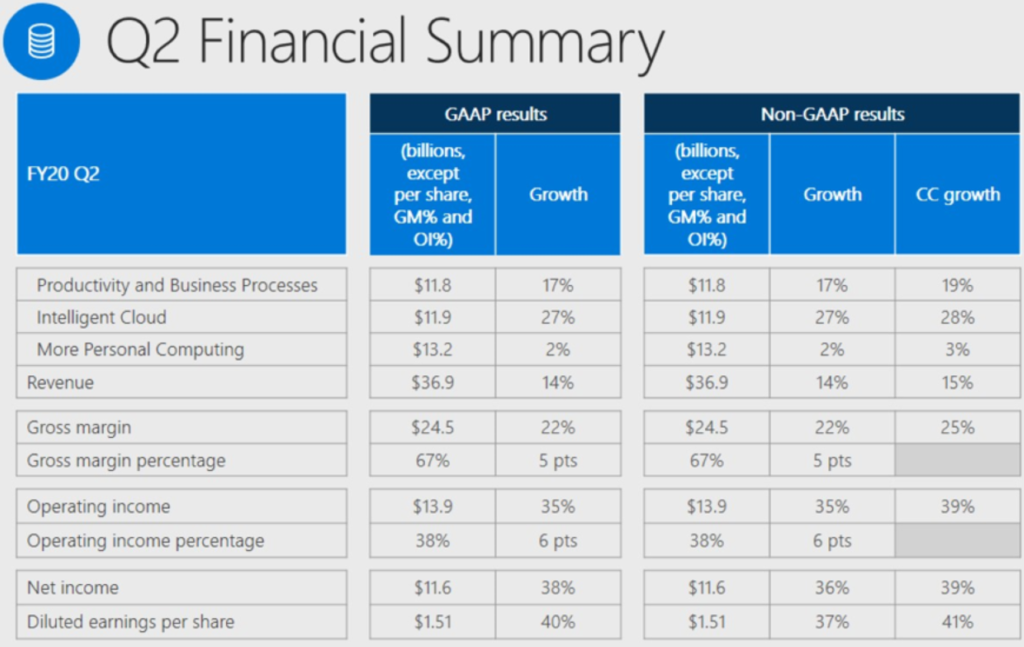 Microsoft Office continues to be a cash cow for the company, with the pivot to an Office 365 subscription business largely deemed a success. Thirty-seven million consumer subscribers of Office 365 is significant, but it still pales in comparison to the enterprise side. In fact, in the previous quarter, Microsoft passed 200 million monthly active Office 365 business users (up from 180 million).

Windows also saw big gains, which is rare but not surprising. A big driver was Microsoft ending support for Windows 7 on January 14, 2020. Businesses were well aware of this deadline, resulting in last-minute upgrades and PC shipment growth for the end-of-year quarter. Indeed, Microsoft cited end of Windows 7 support and the resulting “healthy Windows 10 demand.”

Office and Windows aside, Microsoft has successfully monetized its LinkedIn acquisition, which closed in December 2016. The company has seen double-digit growth for LinkedIn ever since.

Surface continues to bring in $1 billion quarters. Q1 is typically the company’s worst corner for Surface, and Q1 2020 was no different; Q2 tends to be the best, and Q2 2020 also followed this pattern. Specifically, Microsoft got really close to a $2 billion quarter for Surface: a record $1.98 billion in Q2 2020 (compared to $1.86 billion in Q2 2019). In October, Microsoft held its annual hardware event, where it refreshed its lineup with the Surface Laptop 3, Surface Pro 7, Surface Pro X, and Surface Earbuds in time for the holiday season. It hasn’t yet been a full quarter of these devices, but so far so good. This was easily the company’s biggest Surface event in years — Microsoft also unveiled dual-screen devices coming in 2020: Surface Neo and Surface Duo.

Like in Q1 2020, gaming was another disappointment for Microsoft in Q2 2020. While Xbox content and services revenue declined 11%, gaming revenue as a whole declined 21%. Microsoft also appears to have stopped breaking out Xbox Live monthly active users — it has now been two quarters without an update.