Electronic Arts had high hopes for Star Wars Jedi: Fallen Order, and the publisher announced today that developer Respawn’s sci-fi adventure surpassed its outlook. The company is taking this as a sign that it can do more with Star Wars than just the competitive multiplayers games like the Battlefront series.

“Sales of Star Wars: Jedi Fallen Order significantly beat our expectations,” EA chief financial officer Blake Jorgensen said. “We had forecast 6-to-8 million units for the fiscal year. [But we] hit the high end of that in the third quarter. We now anticipate selling around 10 million units in the fiscal year, a very strong result for a single-player action game.”

The fiscal year ends March 31 for EA. So it expects to sell around 2 million more copies before then.

But what does this say about the future of Star Wars at EA? Well, the company may try to do more than shooters.

A successful single-player campaign game feels out of place at EA in 2020. The publisher has repeatedly told investors that it wants to focus on live-service games with online components. It wants products that can continue to generate revenue with microtransactions and other digital purchases.

Investors so associate EA with live-service games like FIFA Ultimate Team and Apex Legends, that one analyst asked during the company’s conference call how it plans to generate similar revenue from Star Wars Jedi: Fallen Order. But, of course, that’s not the kind of game that Respawn made.

But while Fallen Order might seem like an anomaly at EA, chief executive officer Andrew Wilson claims it is not.

“While social interactions and multiplayer are really important for a large part of [the Star Wars] audience, what we have seen through the last quarter is [the appeal of] that the inspiration-and-escape model — living the Jedi’s story,” said Wilson. “So as we move forward, you should imagine that we will continue with the breadth and depth across the IP in order to meet the needs and motivations of that broad player base.”

To translate Wilson, he is saying that the company sees value in Star Wars games beyond Battlefront-style shooters. In particular, Wilson referred to the “inspiration-and-escape model” of game, which isn’t a real thing. But if we pretend it is, it’s likely referring to the kind of adventure that enables players to explore the Star Wars universe as a character.

Wilson also acknowledged that Battlefront and Fallen Order hit slightly different audiences. So it’s not the end of the world if Fallen Order doesn’t sell quite as well as Battlefront II. The two games are reaching different parts of the Star Wars fandom.

So expect future Star Wars game from EA to have some variety. 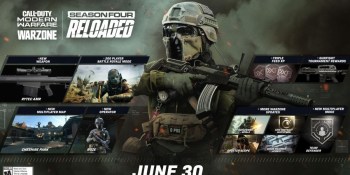