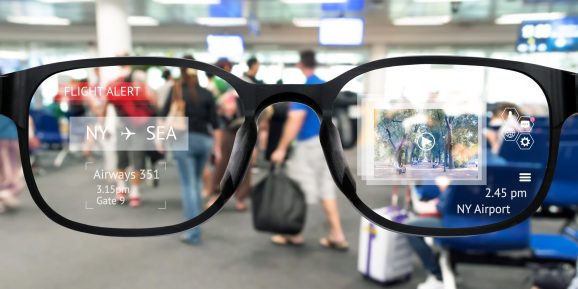 When Apple revealed this week that its wearables segment “is now the size of a Fortune 150 company,” making over $20 billion in 2019 and $10 billion in the holiday quarter, it reminded analysts how massively successful the Apple Watch and AirPods have become, despite their ignominious launches. While the AirPods initially suffered mostly from manufacturing delays and questions about their practicality or fashionability, the original 2015 Apple Watch was basically beta hardware — a device so bad that Apple all but ignored it after launching a “Series 1” replacement in 2016.

But that original Apple Watch served several important purposes for both Apple and its customers. First, it catalyzed the company to reimagine itself in the post-Steve Jobs era, bringing on experts from the fashion and luxury retail worlds to help market and sell the new devices. Second, it gave developers a tangible early sense of what a “smart watch” would and wouldn’t be useful for. And third, for better or worse, it let Apple gauge user reactions so it could safely choose the “horsepower over battery life” path it would follow in every future model.

Five years after releasing its first Watch, Apple is seemingly on the cusp of launching its next wearable — augmented reality glasses — and a major question is how long the company will keep working on the initial model before releasing it to the public. Will it wait until the AR glasses are as finished as the Apple Watch Series 1, which was arguably the bare minimum regular users deserved? Might it hold off for the equivalent of the Apple Watch Series 4, which former Apple designers recently revealed was the embodiment of their original design plan? Or will it begin by releasing another “Series 0” version that’s 80% of the way there?

Even though I have no regrets about jettisoning the original Apple Watch after months of dissatisfying performance — like many others did — I’m actually hoping that Apple’s AR glasses follow a similar release schedule. That’s primarily because I think third-party developers really need the time to publicly test AR apps using wearable rather than handheld hardware, and even early adopters will need some time to get used to AR wearables.

In the earliest days of the Apple Watch, some developers tried to release full-fledged games and complex apps for the platform. But once people actually wore the device, it became apparent that no one would keep holding an arm up for extended use. Quick, glanceable interactions were key, a realization that killed many developers’ wildest wearable dreams only after their time and money had been wasted.

Despite some enthusiasm for AR within the development community, no one’s truly sure what real-world usage paradigms will work for consumer AR glasses. On the hardware side, Google Glass proved that trying to tech-bro an AR wearable into fashionability and public acceptance didn’t work (at all), so there still are threshold questions about how much and where people will be willing to wear AR glasses in their daily lives. Some of these questions may get preliminary answers when Nreal Light becomes available to consumers, but if Apple is planning something substantially different or better, it might not be able to rely on rivals’ experiences.

There are plenty of questions remaining on the software side of AR. In the absence of Apple AR glasses, developers have been using ARKit software to develop AR apps and AR games for iPads and iPhones, but most of what’s been released amounts to forgettable novelties. Unless you consider Snapchat Lenses and Landmarkers to be AR, there’s only been one world-beating success in the space — Pokémon Go — and its developer Niantic is apparently creating its own AR hardware and software platform.

Getting “80% there” Apple AR glasses into developers’ and early adopters’ hands would help steer a lot of development efforts, and likely shape the nascent consumer AR industry in some positive ways. Borrowing a theme from the games industry, I’d call this “early access,” but with a critical proviso: Just like the original Apple Watch, there should be no special pricing or limits on who can buy the glasses on day one. Google and Microsoft both blew it with first-generation AR headsets by restricting initial access and pricing their devices at levels mainstream customers would never accept. Apple should offer its initial vision, warts and all, with the same pricing and broad availability as it hopes to use for subsequent models.

Launching early without features that would benefit a second-generation model (and become standard in all future versions) didn’t hurt the Apple Watch, which subsequently became better and more mainstream each year. Nor did it hurt the iPad, which similarly shipped to a somewhat skeptical initial audience before rocketing to success in later generations.

Over the past couple of weeks, Apple CEO Tim Cook has made a point to call out the impending importance of AR, saying last week in Ireland that “it’s the next big thing, and it will pervade our entire lives” — a point he reiterated during this week’s quarterly conference call with financial analysts. He’s been making similar statements for three and a half years, long enough that it’s time for real artists, as Steve Jobs and his former disciples at Apple used to say, to ship. So here’s hoping the hardware gets out of Apple’s labs and onto users’ heads soon, so those of us who are still excited about the technology can start getting accustomed to the future.