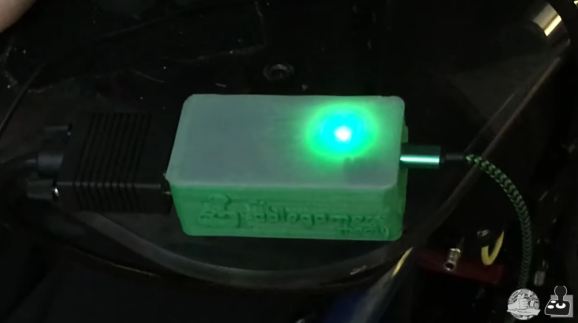 The Xbox Adaptive Controller is one of the most powerful devices for enabling anyone to play games despite differences in how their body functions. But a lot of the capabilities of the Adaptive Controller come its expandability. And one of the best examples of that is the new Freedom Wing Adapter that turns a power wheelchair into a working game controller.

Freedom Wing is a small box that serves as a translation device between a power wheelchair and the Xbox Adaptive Controller. The adapter connects to the 9-pin serial-like port that delivers input from the wheelchair operator, and then it turns those button presses into usable data for the Adaptive Controller. The resulting contraption makes it so that the same joystick that can move around a wheelchair also works to control a game like Rocket League.

This is a huge leap forward for making gaming more accessible to more people, according to AbleGamers chief operating officer Steve Spohn.

“I want to underscore [that] 2020 brought us the year when someone can drive their wheelchair up to an Xbox and plug it in,” Spohn said on Twitter. “[That was] unimaginable before now. Game-changing.”

AbleGamers is the charity organization that advocates for more accessibility in video games. That includes specialized devices like the Adaptive Controller, but it also means in-software options for closed captions and color blindness.

Make your own Freedom Wing Adapter for the Xbox Adaptive Controller

Spohn worked with ATMakers to create the Freedom Wing. ATMakers is a group that helps organize technology enthusiasts, robotics students, and high school STEM classes to use their skills to build assistive technologies. ATMakers cofounder Bill Binko designed the adapter and explained how it works in the video below.

Binko and Spohn also revealed that they have found a partner to print the necessary control boards to make Freedom Wing Adapters. They are giving the specs out royalty-free, which means that the device should sell for relatively cheap. Binko estimates the total cost with all the parts, soldering, and a 3D-printed enclosure should amount to around $35.

At that price, almost anyone can start use their existing power wheelchair to play games. And that could improve the lives of gamers around the world.