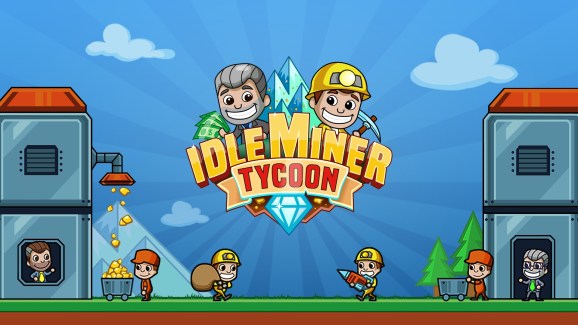 Ubisoft knows that its fans love a good game where the numbers keep getting bigger. That’s why it has added role-playing-like levels to recent Assassin’s Creed and Tom Clancy games. But what about a game where the entire point is the numbers going up? Well, to get into that business, Ubisoft is acquiring mobile developer Kolibri Games. The two companies did not disclose the details of the agreement.

Kolibri is one of the most successful studios in the idle or clicker space with Idle Miner Tycoon and Idle Factory Tycoon. In these games, the gameplay is just about clicking on a button to earn more resources. But players can also unlock upgrades to automatically earn resources over time that they can then spend to buy tools to earn resources even faster.

Like other mobile hits, Kolibri’s games continue to prove their value through sheer staying power. Idle Miner Tycoon debuted in 2016, and it has hung around near the top of the idle category ever since.

“We are strengthening our idle games portfolio with the acquisition of Kolibri Games, one of the leaders in the segment, whose flagship game Idle Miner Tycoon has grown steadily since 2016,” Ubisoft Mobile executive director Jean-Michel Detoc said. “We are delighted that this great talented team, recognized for the longevity of their flagship title, is joining Ubisoft.”

For Kolibri, this gives it a secure financial backing to continue making games. It also now has access to Ubisoft’s roster of properties.

“Ubisoft is a creative powerhouse and one of the strongest brands in the games industry,” Kolibri co-chief executive officer Daniel Stammler said. “We are humbled to be invited to join this great family. This marks a high point in the history of our young company and will enable us to expand our development.”

Kolibri’s idle games are among the top-performing apps in that genre on iOS and Android. But they’re far from the top-grossing games overall.

So Ubisoft’s interest in Kolibri likely has more to do with user data. While the games don’t necessarily earn hundreds of millions of dollars annually, they do rack up huge download numbers.

“In our view, this acquisition, in addition to its July acquisition of Green Panda Games, deepens Ubisoft’s commitment to mobile gaming and gives it access to a vast amount of player data and advertising learnings,” said Cohen. “Idle Miner Tycoon has been downloaded [more than] 100 million times since 2016.”