A survey of the top mobile ad networks found that TikTok is a rising star in mobile user acquisition, according to measurement company Singular‘s 2020 ROI Index.

Singular measures the return-on-investment for mobile ad networks. In 2019, the company sifted through $6.3 billion in ad spending for 2.2 billion app installations across 550 ad networks. And it found that while Google and Facebook still lead in volume and adoption and ROI, TikTok emerged out of nowhere.

Apple Search Ads also showed its own emerging power: It hit all 12 top regional and vertical lists. Google and Facebook both appear on 10 of the 12 winning lists in terms of overall ROI and regions.

But Gadi Eliashiv, CEO of Singular, said in an email that it’s gratifying to see the power of focus: Smaller companies can still outperform the giants in specific niches. 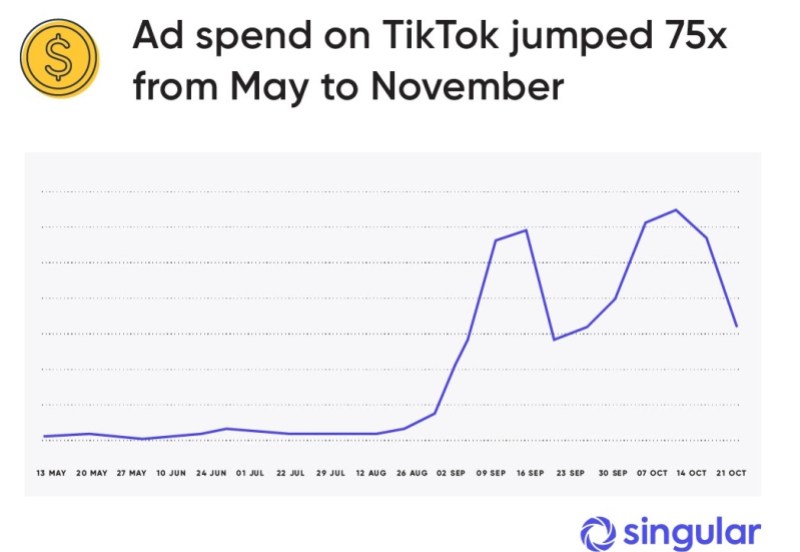 Above: This chart captures the rapid rise of TikTok as an effective ad network.

For example, Vungle, which raised only about $25 million before being acquired by private equity firm Blackstone for $750 million, shows up on eight of the regional lists. IronSource is on nine leaderboards. And Tapjoy is on seven.

TikTok only shows up on two of the 12 top charts for this year’s Singular ROI Index, but that’s because it’s just getting started. In fact, Singular barely saw any ad spend on the platform at all until August, at which point TikTok simply took off. 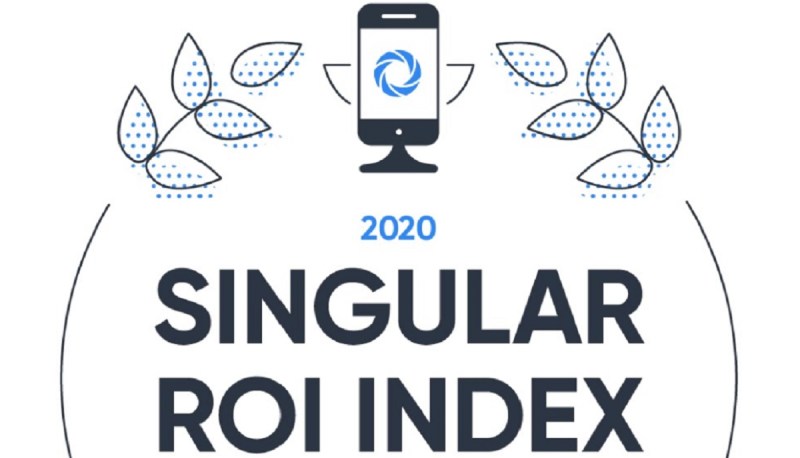 Amazon doesn’t hit the top lists for one simple reason: Right now, Amazon’s ad division is more focused on retail sales than mobile app installs. So even though Amazon’s advertising division has tripled its size over the last few years, it’s not hitting the leaderboard yet.

Core social platforms like Twitter and Snap are critical for mobile marketers. Twitter is on nine of the 12 leaderboards and Snap made it on every single one, improving on last year’s already impressive results.

Facebook and Google are required platforms for mobile marketers seeking scale. Now, on iOS, Singular said it can attest that Apple Search Ads has attained that level. While it doesn’t have comparable volume, the quality of the mobile users Apple Search Ads delivers is extremely high, lifting the company to the leaderboard in every single iOS category.