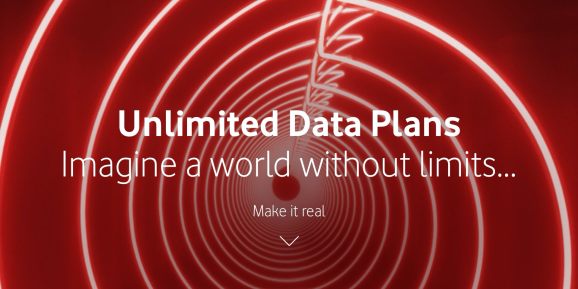 Unlimited data plans are expected to be critical in driving global use of 5G networks, as the high-speed cellular technology gives users the ability to blow through limited data packages within minutes of commencing their monthly service. But European carrier Vodafone has already run afoul of the United Kingdom’s Advertising Standards Authority (ASA) with ads that misled viewers about its unlimited 5G service pricing, resulting in a ban that may deter other carriers from employing similar tactics.

Vodafone’s ads attempted to blur the lines between the peak speeds of several “unlimited” plans, initially suggesting that customers could get 5G service “from only £23 ($30) a month.” Conflicting information discussed “unlimited lite,” “unlimited,” and “unlimited max” plans that were supposedly all available with 5G, but in small text the carrier disclosed 2Mbps and 10Mbps speed caps for the first two plans, while only the “max” plan included full 5G speeds.

These 5G marketing distinctions — and regulators’ responses to them — are important because carriers across the globe are beginning to offer similar plans to win and retain customers in the 5G era. Last year, Verizon debuted multiple “unlimited” 5G plans with confusing features, while Sprint marketed simpler plans that only included 5G at the top “premium” tier. Chinese and South Korean carriers have been more aggressive in 5G pricing.

Rival U.K. carriers Virgin Media and Three asked the ASA to determine whether Vodafone’s use of the term “unlimited” was misleading, including in reference to 5G data speeds, and the ASA concluded that it was. Even though the quantity of data was unlimited, Vodafone’s implication that users could enjoy 5G speeds for £23 ($30) per month misled viewers, as did versions of the ad that either didn’t discuss 4G/5G speeds or implied that “unlimited lite” users would enjoy 5G speeds when 5G hardware became available.

While Vodafone’s punishment in this case was a slap on the wrist — a ban on the same ads running again and a requirement that 5G speed restrictions be immediately disclosed for supposed 5G “unlimited” plans — the ASA action should serve as a warning to other carriers regarding misleading marketing of unlimited 5G service. Using the word “unlimited” might have been easy in the 4G era, but consumer expectations are changing for 5G, so honestly disclosing peak data speeds up front will help carriers reduce both customer disappointment and the prospect of regulatory intervention.