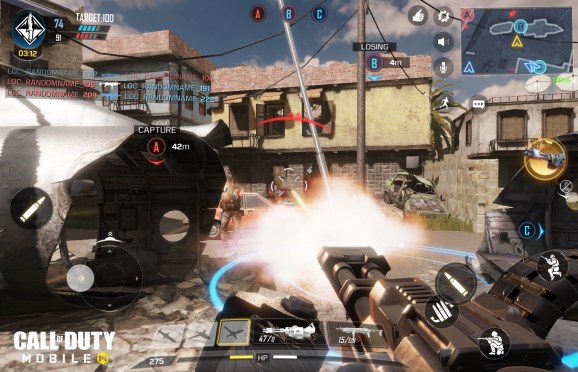 Call of Duty has been popular on consoles and PC for years. Now the shooter franchise is a hit on Android and iOS thanks to Call of Duty Mobile, which has already more than 150 million downloads.

This news comes from Activision Blizzard’s latest earnings report today. Call of Duty Mobile released on October 1, 2019 with Tencent’s TiMi Studios developing the title. Activision Blizzard noted during its results conference call that the game is exceeding its expectations.

Call of Duty Mobile has also reached the top of download charts in 150 countries. In the U.S., it ended the fourth quarter among the top 15 grossing games in both the iOS and Android app stores.

The title is a free-to-play game with microtransactions and constant updates, so it could be a healthy revenue generator for Activision Blizzard for years to come.