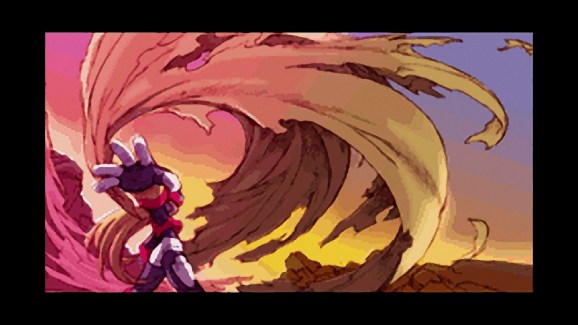 Mega Man is my favorite video game franchise, and I usually revel in its difficulty. But I’m glad that the upcoming Mega Man Zero/ZX Legacy Collection is making its games less frustrating to play through.

This new compilation is coming out on February 25 for PlayStation 4, Xbox One, Switch, and PC. It includes all four games in the Mega Man Zero series, along with Mega Man ZX and its sequel, Mega Man ZX Advent. Capcom gave me an early code for the Switch version.

As much as I love the classic Mega Man games, I’m not as familiar with these. I played some of them, but I never adored them in the same way I love Mega Man 3 or Mega Man X. So it’s great to have this excuse to play through all of them, and I’m thankful that this new package is making that process easy.

This game, you see, has a bizarre system for extra lives. You start with three lives, and you’ll find a few extra ones hidden around levels. But when you run out of lives, the game doesn’t automatically set you back to three. And if you run out of lives during a level, the game considers that a failed mission. You can’t go back to it.

Now, what you can do is save before going into a level. Then, if you die once, you reload your save. Since lives are such a precious resource, you want to save them for the end. This leaves you with no margin of error through much of the experience.

This means that you’ll be replaying through levels a lot. You’ll usually be dying at bosses. And when you do, you have to load your save file from before you selected that level and do it all over again. This is tedious as all hell.

This collection fixes this tedium. Before you start any game, you can choose to enable a new auto-save system. This adds checkpoints throughout every level. If you touch one of these, dying is no longer a giant hassle. You’ll be sent back to where you last touched a checkpoint. It won’t cost you any lives, and it’ll even refill your health. 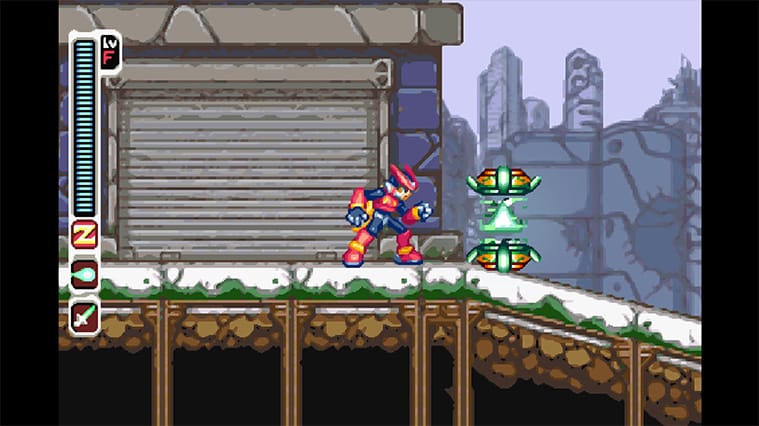 Does this feel like cheating? Sure, a little bit. But I’m fine with it. Mega Man Zero is enough of a challenge without having to replay levels a dozen times just to keep getting another chance at a difficult boss fight. Here, it can still take me multiple tries to defeat a tough opponent, but at least I can get right back into the fight after a defeat.

I also prefer this system to the traditional save states feature we see added in some collections. Save states make a checkpoint anywhere you want, even in the middle of a boss fight. They can be a good tool, but they’re easily manipulated. This checkpoint system takes the edge off of the difficulty, but it still keeps things challenging.

In Mega Man Zero 2, save-assist isn’t quite as necessary. That game did away with the first one’s insane extra lives restriction. You’ll also able to redo levels that you failed. Still, I’ve been keeping the checkpoints turned on, at least during my first go around through these games. Even if it isn’t an “authentic” experience, it’s helping me get through all of these titles much faster than if I had to restart a level whenever I ran out of lives.

And if you’re unsure if you want to use these checkpoints or not, know that you can turn them on and off in the game’s menu whenever you want. So if you suddenly feel comfortable enough that you don’t think you need them, you can make those checkpoints disappear. 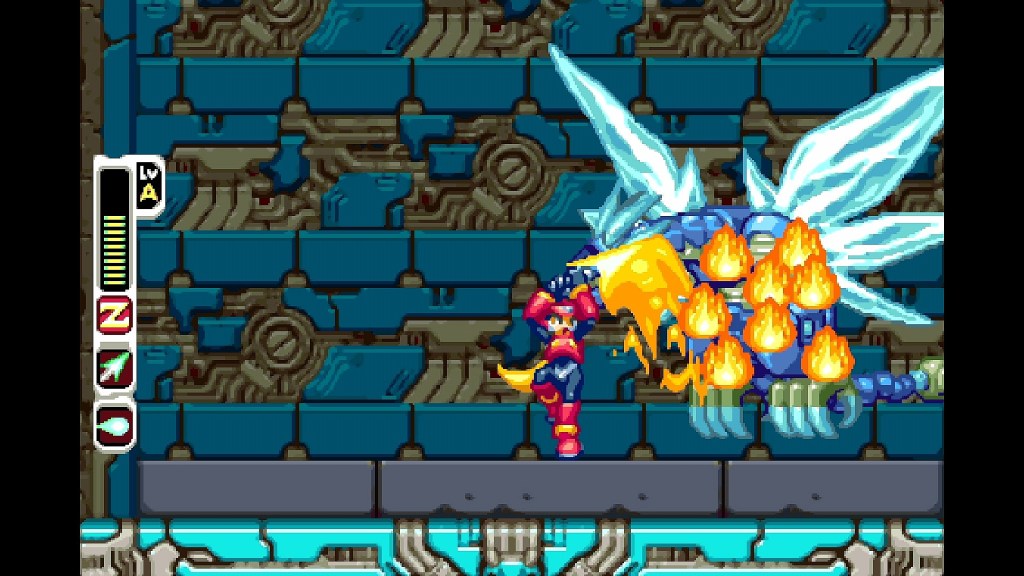 More Mega Man for everyone

I’m all for making classic games accessible. Along with this save-assist feature, Mega Man Zero/ZX Legacy Collection also includes a new easy mode called Casual Scenario Mode. This has you taking less damage from attacks and prevents instant death mechanics. So if you’re intimidated by the Mega Man experience, you’ll have a greater chance at success with these features turned on.

Also, before anyone calls me some kind of filthy casual or something for playing with these checkpoints turned on, I’d like to say that I once beat Mega Man 3 without taking a single death. Which, OK, was really more a practice in patience and memorization than skill. And I’m sure with the same time committed, I could beat Mega Man Zero without the save-assist feature. But, at least right now, I’d rather just play through these games once, and I’m glad that doing that isn’t much of a chore.